The smallest active volcano in Japan

I have to admit, when I first heard about the smallest active volcano in Japan, I pictured something small and cute, about the size of a Japanese child, gently puffing smoke and perhaps the occasional dribble of magma. It would be fitting for a country well known for adding cute to every aspect of life – look, even the volcanoes are adorable!

Kasayama was not, in fact, the Hello Kitty of the volcanic world. But neither is Kasayama like the volcanoes I’ve visited in Indonesia and Greece. Looking just like any of the other forested hills surrounding Hagi, Kasayama has the beautiful Myojin pond at its base with a temple attached that I’d have liked to explore if we’d had more time.  As we climbed the mountain in our rental car, we saw signs for the camellia forest, a popular attraction in February and March, and shops advertising locally grown fruit products. Active Kasayama may be, but that certainly hasn’t stopped people developing it! We drove all the way to the car park and climbed the last 100 meters or so on foot.

Once there, you can descend via steps that hug the side of the crater all the way to the bottom. The crater is full of lush ferns and is a haven for bug life. One of my friends observed it was almost a micro-climate, and I had to agree there is a definite difference in plant life within and without the crater. The crevice that leads to the innermost crater is fenced off, but the reddish clay of the base proved that yes, we were indeed standing on a real volcano.

Next to the crater, an observation platform has been built. A little disappointed at the lack of volcanic activity, I was cheered up by the views offered of the islands surrounding Hagi. This really is a gorgeous part of Japan and definitely a must for keen photographers!

A New Zealander who has been living in Japan far longer than she has any right to, Louise is living proof that it is possible to survive wheat-and-soy-free in Japan!A big fan of discovering Japan's lesser known or quirkier destinations, Louise enjoys small town life in the heart of Japan's countr... 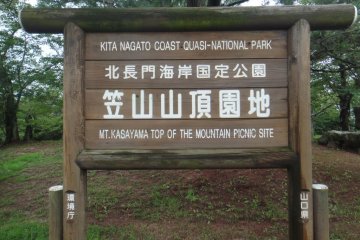 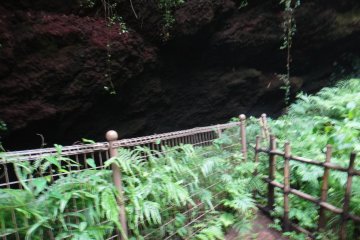 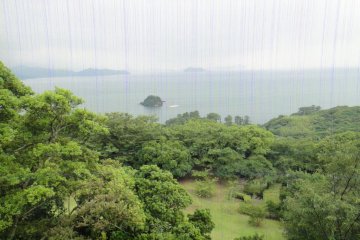