An aquarium on the edge of the Kanmon Straits

Shimonoseki sits on the southern tip of the main island of Honshu and is known across Japan for its delicious seafood. But if you prefer your fish swimming around rather than on your plate, come to the Shimonoseki Kaikyokan.

Despite the high admission fees, there are lots of worthwhile exhibits in the Kaikyokan. One of the best exhibits features Humboldt Penguins, sponsored by the Santiago Metropolitan Park in Chile. You can observe these playful creatures from ground level as they slip and skid on their ice floes or take the pathway that winds below the water level and watch their antics under the waves.

If you're not too consumed with the penguins, there are numerous other exhibits worth exploring. The third floor features tanks that focus on sea life in both the coral reefs and the tidal flats. The giant sunfish occupies its own tank but it's the nearby puffer fish tank that garners the most attention. As Shimonoseki is known for fugu (namely as a delicacy gracing most of the city's restaurant menus in the winter months), it seems appropriate that the aquarium should play host to nearly 100 various species of puffer fish from around the world. Rounding out the displays on the third floor is a touch pool with the usual starfish and sea urchins.

On the fourth floor, the tanks house sea creatures that make their home in the Kanmon Straits just beyond the building's walls. It gives visitors a decent idea of what's living in the waters between Kyushu and Honshu.

Outside, you can check out the daily dolphin and sea lion show. Both species work with trainers to perform individual tricks before working in tandem to re-enact the famous samurai battle of Dan-no-ura that took place just offshore. While shows run year-round, visitors should be warned that in the winter months, it can be bitterly cold out on the arena's cement benches.

The Kaikyokan is just a short walk from the Shimonoseki Central Fish Market, one of the other major attractions of the city. For drivers, there are paid parking areas right outside the aquarium building. 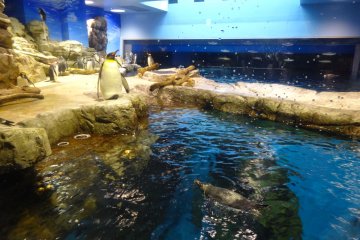 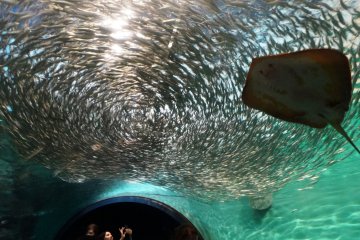 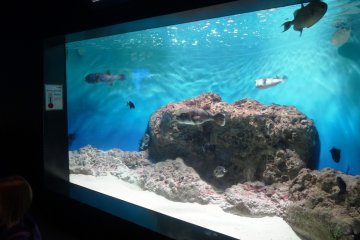 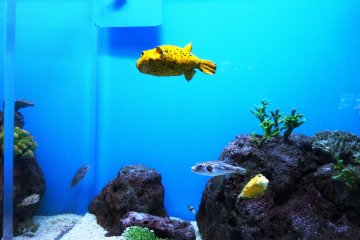