Immerse yourself in the show that revolutionized anime

The famous amusement park located near the base of Mt. Fuji, Fuji-Q Highland, has many a thrilling roller coaster and scary horror hospital to make its guests scream. However, anime fans will also be thrilled to know that it is also home to a one-of-a-kind tribute to the legendary anime, Neon Genesis Evangelion, that revitalized the medium in the 1990s and had a significant impact on Japanese pop culture.

Once in the amusement park, this special exhibition costs ¥800 to enter. Opened to the public in 2010, the exhibition contains all manner of replicas, reconstructions and behind-the-scenes information and designs relating to the show and the Rebuild movies that have been released every few years since 2007.

Inside, you will find several rooms with surprises around every corner.

A full-scale replica of Unit-01 takes up a whole room with its awesome presence. This is cool enough in itself, but there is also a projection light show every few minutes with all the urgency and drama from Evangelion's high-tension action scenes, voiced by the original cast.

Reconstructions of scenes from the series allows you to become an Evangelion character yourself, fortunately without having to pilot a robot and save humanity. Large parts of the exhibition are constructed to look exactly like the NERV Headquarters featured heavily in the series as you walk through them. This provides for some great photo opportunities!

Behind-the-scenes information in the Eva Museum around the visual designs and story development for the first Evangelion reboot movie, Evangelion: 1.0 You Are (Not) Alone, takes up a whole room. (No photography allowed!) Unfortunately, non-Japanese speakers may not be able to get a lot out of the written information, but you can still appreciate the sketches and character designs.

An Evangelion: Store with exclusive merchandise greets you at the end of your tour. Clothing, stationery, kitchenware, figurines, bags and more are available, a treasure trove of goodies unavailable anywhere outside of Japan.

A must-visit for any fan, Evangelion: World is a suitable tribute to the anime phenomenon, located in an already very enjoyable amusement park.

Fuji-Q Highland is about an hour and a half away from inner Tokyo, driving by car.
You can also take the Chuo Highway Bus Fujigoko Line from some major Japanese stations for around 100 minutes.

I am a final year student of BA Japanese in the UK, and did my year abroad at Waseda University, Tokyo. I love Japan and hope to share my past experiences and future trips with you! 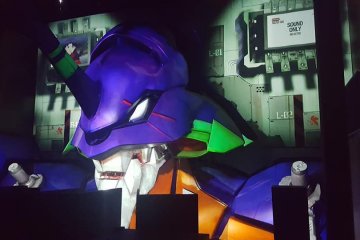 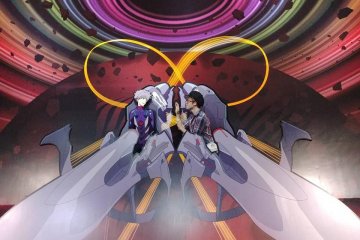 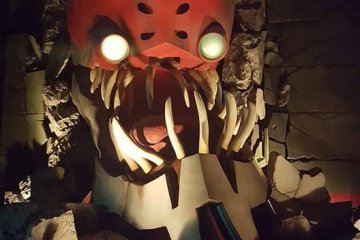 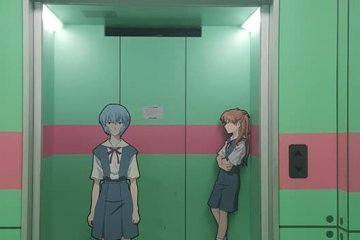 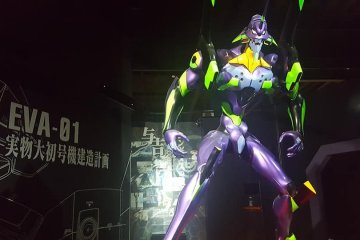