Kanzo Yashiki is a very beautiful old Edo Era farmhouse, built in 1720, standing near Enzan Station in Koshu City. From mid February to mid April every year it hosts a magnificent display of Hina Dolls, some of them from the early 1700s. You can see the various styles of Hina doll that were popular at different times.

March 3rd is Girls’ Day in Japan, called Hina Matsuri or sometimes Peach Blossom Festival. In the weeks before Girls’ Day, in a centuries old tradition dating from the Heian Era, young girls throughout Japan arrange displays of dolls on a special stand with seven steps. The stands are covered in red cloth, and the dolls represent the Heian Imperial court. Each of the dolls has a particular role in court life.

The top tier of the stand is always occupied by the Empress and Emperor, often with a gold screen behind them. On the second tier there were three court ladies bearing sake. The third tier holds five musicians (three drummers, a flute player and a singer). Two ministers of the court occupy the fourth tier. One of them is old, one young, and they often bear quivers of arrows on their backs. Between here are some containers of food. The fifth tier has a cherry blossom tree at one end and a mandarin tree at the other. Between the trees are three drunk samurai, one maudlin, one cantankerous and one merry. The sixth and seventh tiers have various items like a kimono chest, lacquered food boxes, an ox carriage and a mirror stand.

Make no mistake – these dolls are not toys. People used to believe that dolls could contain evil spirits, and so the idea was that the Hina dolls would absorb any evil attracted to the young girls who owned them. There is a superstition that the dolls must be packed away as soon as Girls’ Day is over, or the girl will not marry quickly. Many of the doll sets are extremely ornate and magnificent, but even the simpler ones are pretty expensive, and it was the traditional duty of maternal grandmothers to buy them for granddaughters.

Included in the exhibition are many colorful decorative mobiles hung with a large variety of ornaments crafted from fabric (tsurushi kazari-bina). There are dolls, fish, chickens, vegetables, geta and many other items. You can also see some beautiful examples of ‘oshie-bina’, padded fabric art often seen decorating hagoita paddles. Both of these handcrafts developed using recycled kimono fabrics.

Other activities around Enzan Station

Entrance to the exhibition costs 300 yen, and you get a beautiful Hina doll picture postcard and also a glossy color brochure (sadly only in Japanese). If you go to this Hina doll exhibition, you should stroll around the garden and look at the other buildings while you are there. If you like visiting temples, there are three particularly lovely temples nearby – Erinji, Kogakuji and Hokoji. You can even hire a bicycle at Kanzo Yashiki for transport! There are also fruit orchards and hot springs in the area. 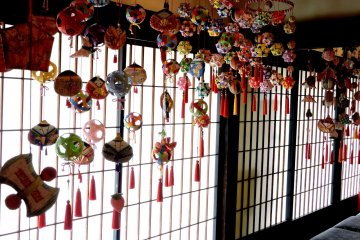 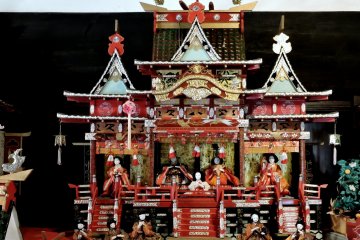 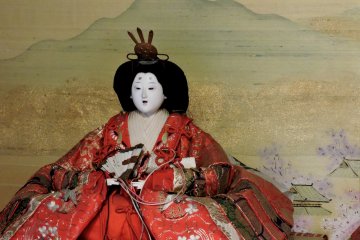 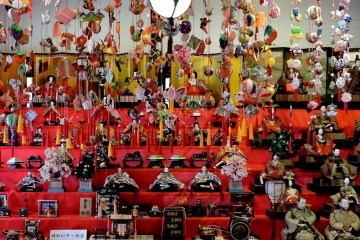 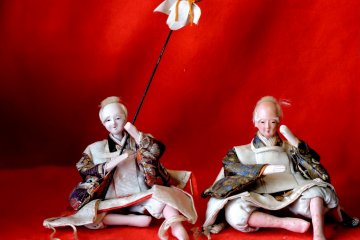 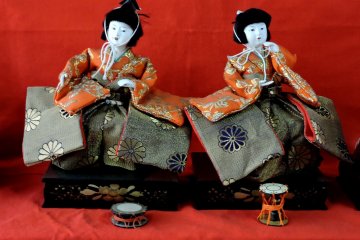 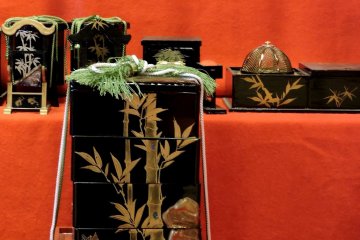 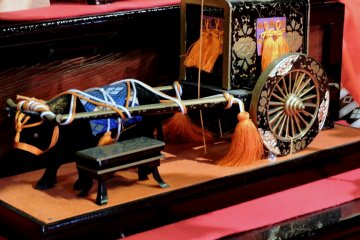 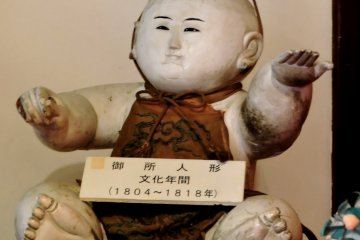 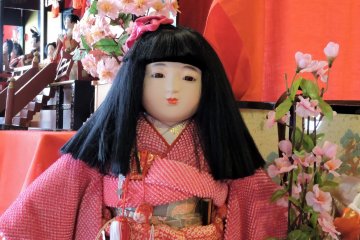 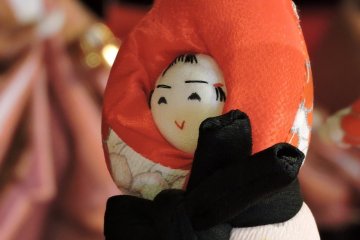 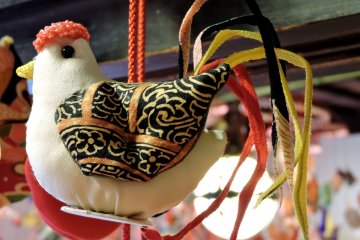 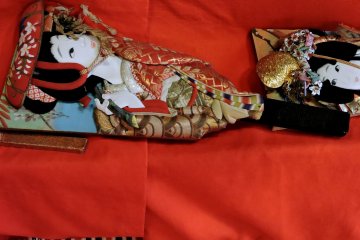 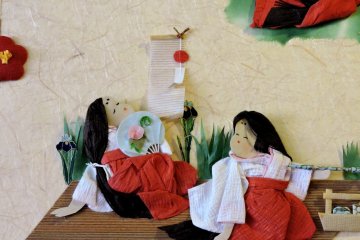 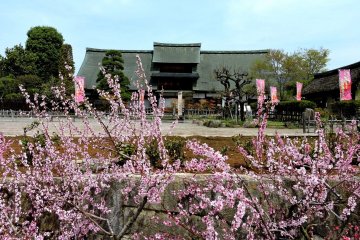