Japan is full of surprises, and Moegi-no-Mura in Kiyosato was a wonderful surprise. At a time when so many rural areas of Japan are losing residents, and full of shabby, crumbling buildings and pathetic struggling businesses, Kiyosato was busy with weekend visitors, and the village of Moegi-no-Mura was as crowded as a trendy Tokyo suburb.

Moegi-no-mura was the brainchild of Jyoji Funaki, who was attracted to traditional style German architecture during a study tour of Europe. In 1971 he had six buildings constructed, the start of a western style rustic village, including the very first cafe in Kiyosato, named ‘The Rock’. Over the years the village grew until today it consists of more than 20 businesses including shops selling handmade arts and crafts, restaurants, a pub, and a guest house named after Thoreau’s ‘Walden.

There is no shortage of space in Kiyasato, and Moegi-no-Mura’s charming character buildings are spread out over large area. They are connected by paths through pretty cottage style flower gardens, where rustic wooden deer Stand. The village is surrounded by the beautiful forest of Kiyosato. Even when crowded, it feels relaxed and spacious. Adjectives like quaint, charming, and idyllic easily spring to mind.

A building named the ‘Hall of Halls’ houses a museum of music boxes and automatic musical instruments. The collection of exhibits at the museum is world class, and includes antique antique music boxes from Europe, an organ made for the 1900 World Fair in Paris, and a Mozart Barrel Organ for which Mozart specifically composed the music. The museum also displays a series of original music boxes created by the Moegi-no-Mura music box workshop. In fact you can have a go at making your own music box in the workshop.

Merry-go-round in the forest

I love carousels and so I was delighted to find a carousel at Moegi-no-mura. It is a beautiful carousel with a whimsical selection of mounts including a bear, a chicken and a goat. It stands on the edge of the village with tall trees all around.

These days the original cafe ‘Rock’ has metamorphosed into a restaurant and pub that serves local beer from an attached brewery. You can eat European style food made from the choicest of local ingredients at Restaurant Nest. Merry-Go-Round Cafe near the carousel has an open terrace with view over the village. There is also a cafe named Carole where you can enjoy homemade cakes.

Moegi-no-Mura has some really enticing shops. There is an all year round Christmas shop, an atelier selling pottery glazed using fruit tree ash, more than one store selling cute woodsy ornaments like rustic wooden animals. You can buy rose bushes, dried herbs and potpourri. There are also two Mayfair stores selling goods imported from Britain.

Imagine if you can ballet performances under a star-filled sky, with the lit up forest as a backdrop. Every night for two weeks in late July the Kiyosato Field Ballet performs at Moegi-no-Mura. In the past they have presented many well-known classical ballets such as “Swan Lake” and “Giselle”. It sounds like a wonderful event!

I spent a happy two or three hours wandering around Moegi-no-Mura, and I definitely plan to go back soon. My visit was in summer, but I can easily imagine how beautiful the village will look in spring and autumn. Maybe I'll see you there! 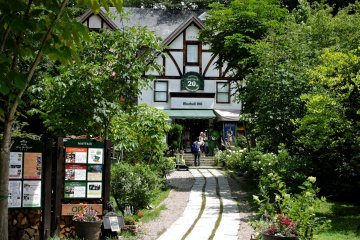 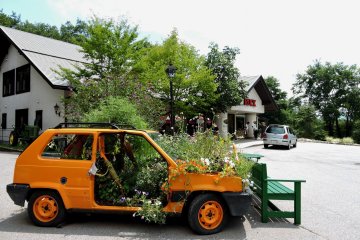 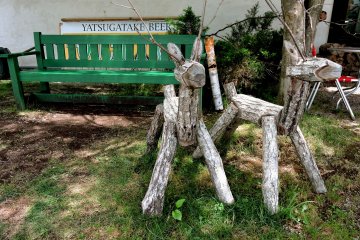 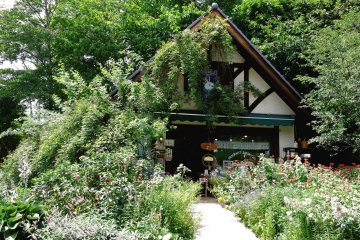 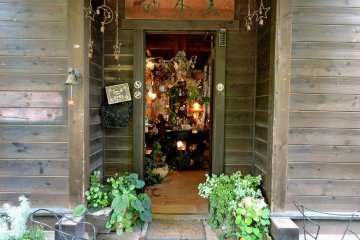 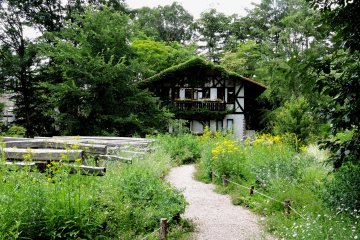 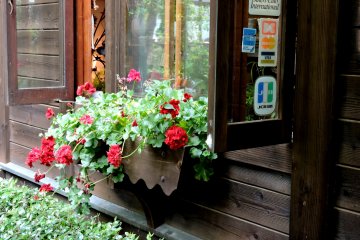 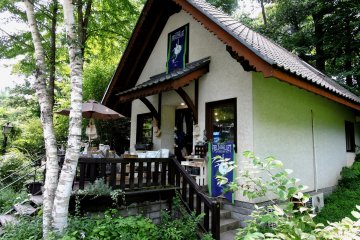 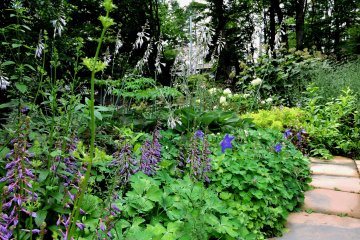 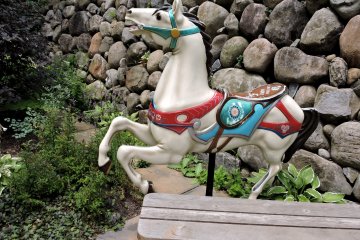 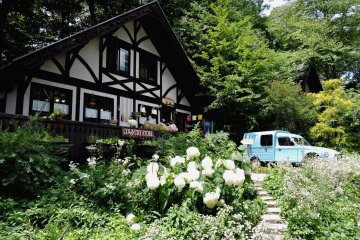 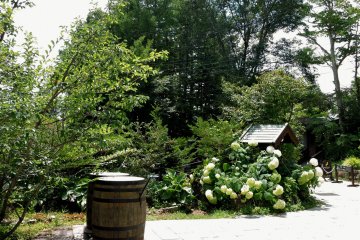 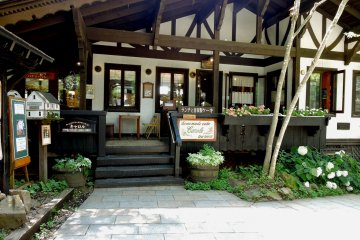 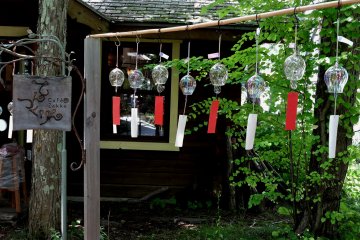 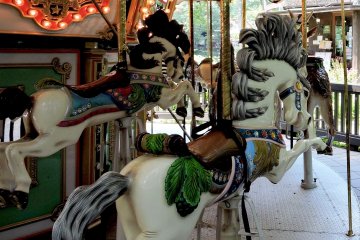