Japan may be the only country in the world where eating a bowl of noodles feels the same as sitting in a hot spring...

You see, if you've been to the northern side of Lake Kawaguchi (yes, one of Mount Fuji's five famous lakes), you've more than likely stopped by for a belly hot spring bath at Momiji Tei. If you haven't, read on.

Momiji Tei is a restaurant serving hoto, the local Yamanashi Prefecture speciality. Considered by many to be an udon noodle variation, hoto's thick and flat white noodles certainly bring to mind its more famous cousin.

Locals are adamant, though, that hoto is not an udon dish. Differences in dough preparation aside, when you order a bowl, you will see why. Dumpling-like textured noodles bathing with vegetables in a bowl of rich miso broth... yes, a hot spring for the belly if there ever was one.

Variations on this dish abound. Momiji Tei's claim to fame rests with its homemade miso broth. Aged for two years, the miso gives their broth a flavour delicately rich in texture and aroma. If ever there was an ingredient designed for a belly hot spring, miso is it.

Served in an iron pot, with its rustic soothing ambience, you will be guaranteed to feel like stepping in yourself. A beef version goes for ¥1300. The ¥1800 gozen emperor's course with beef will include side dishes like sekihan red rice (rice coloured with azuki beans), tsukemono Japanese pickles, sansai mountain vegetables and tofu.

If you're visiting Mount Fuji or Lake Kawaguchi, head to Momiji Tei for their hoto. Who knows, when you return home, maybe you'll replace your bathroom with a giant iron pot.

If you're not driving to Lake Kawaguchi, then take the Fuji-Kyuko Bus from bus stop #5 at Kawaguchiko Station, and get off at Ichiku Kubota Art Museum. The restaurant is only a couple of minutes' walk from the bus stop. 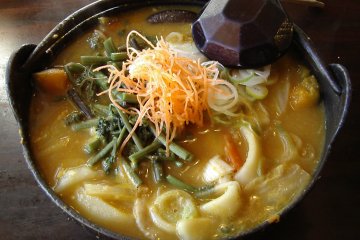 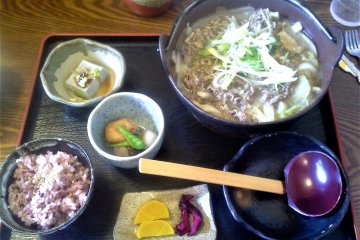 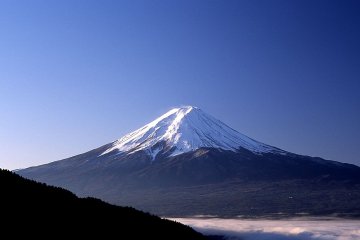