The tour began opposite Shimoyoshida Station at the Arakura Guest House, where we learned how to make plum blossom sushi. All the materials were prepared beforehand. It was a little fiddly, but with the teacher’s easy-to-follow demonstration and the guide’s helpful interpretation of instructions, it wasn't difficult at all. The results were amazing! The teacher also showed us two other pretty sushi roll designs in her repertoire with Mount Fuji and pagoda motifs. When we finished making sushi rolls we got to eat them along with a bowl of miso soup.

After our beautiful and delicious lunch, we climbed the hillside to Churei Tower—a beautiful red and white pagoda—with Mount Fuji in the background that forms one of the most iconic views in Japan. I visited the tower twice before when the mountain was hidden by clouds. But as the saying goes, “third time’s the charm” because finally, I could see Mount Fuji behind the pagoda.

It definitely added to the experience to have a knowledgeable guide with many interesting snippets of information. For example, I didn’t realize there was an alternative to walking up hundreds of steps! Speaking of steps, there are exactly 398 stairs leading up to the tower and that number has a special significance. Many Japanese try to take photos of “Necklace Fuji” and the guide explained what that means. She was also able to tell us when Mount Fuji last erupted, how often it used to erupt before that, and why Arakura Fuji Sengen Shrine was built at the base of the hill. If you’d like to know any of these things, ask a guide!

Our next stop was Fukugenji Temple. We were privileged enough to see an ancient wooden statue set in an octagonal treasure house, which is only shown to the public during special events once or twice a year. We were also able to enter the temple, which was very beautiful inside.

After the temple we headed for Nishiura Town’s Kanpai Dori, a network of alleyways filled with bars and restaurants from the Showa Era that once served the entertainment needs of Nishiura’s textile workers. "Kanpai" is the Japanese version of "Cheers!" Most of the buildings are now empty, but a process of regeneration has begun, with a few new bars and restaurants opening. One bar owned by an English speaker was offering free beers for social media posts. Kanpai has a rundown, photogenic charm and the guide was able to fill us in on the history of the area, including pointing out a rather magnificent house where successful textile magnates once enjoyed expensive geisha parties.

We emerged onto a shopping street crisscrossed with electric wires, with Mount Fuji looming in the background. It was a very striking view and I wondered what the best time of day to take photographs there would be.

Many shops along the shopping street were closed. Sadly many tourists who travel to Yamanashi only head for Mount Fuji and Kawaguchiko. While those places are great, exploring Fujiyoshida will give you a sense of what it feels like to live in the shadow of the great mountain.

As we walked through more small streets with traditional wooden buildings, the guide told us how Fujiyoshida was once a premier textile-producing area. Yamanashi has never been a good rice-growing country. Instead a thriving silk industry developed and during the post-war boom the sound of big weaving machines filled the air as they toiled to produce fabric for customers in nearby Tokyo. A few old photos were displayed in the windows; I wished there were more.

Our next stop was a beautiful tea shop where we enjoyed matcha soft cream. The quality was outstanding. The matcha flavor was strong and rich, and the soft cream was not too sweet so the flavor really came through.

The shop sold tea from Uji and Kagoshima as well as coffee, ice cream, snacks, sweets, and a beautiful range of cups and tea-making equipment. It would be a great place to pick up some souvenirs. The friendly owner spoke English very well, so I enjoyed asking her about the store.

On our way to Shimoyoshida Station, the final stop of our walking tour, we passed through Omuro Sengen Shrine which has a tree with a curious heart-shaped hole, an attractive pond, and a stable with a friendly white horse. The entire tour took about four-and-a-half hours.

This was my first guided walking tour and it was very worthwhile. There are a number of advantages to having a guide. You can discuss your particular interests with them beforehand and they can tailor the tour to your needs and interests. There is no wrestling with maps (either paper or online) and no danger of getting lost, which means less stress and no wasted time. The guide’s knowledge also helps you form a deeper, richer understanding of the area. Finally, you have someone to take photos of you posing with Mount Fuji! 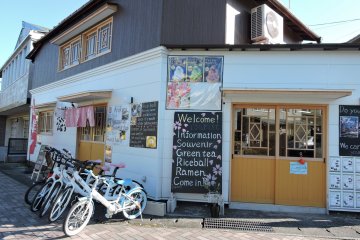 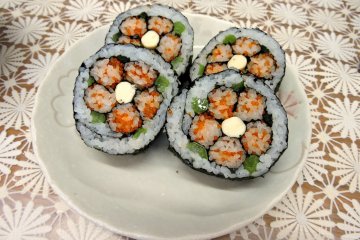 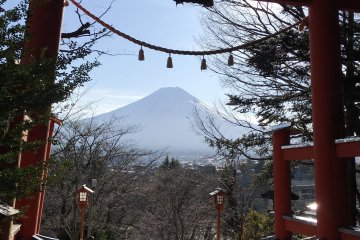 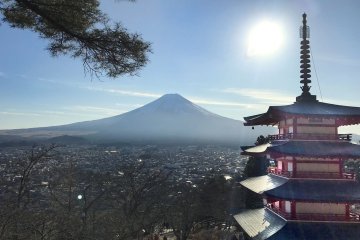 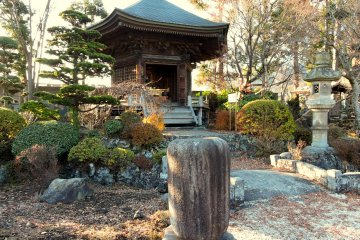 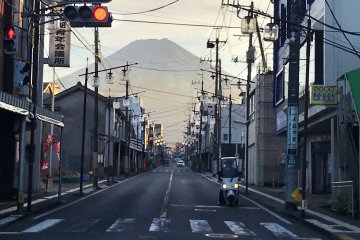 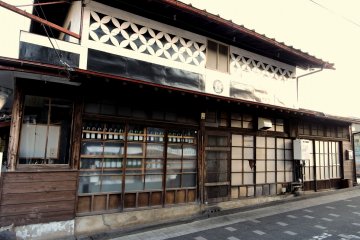 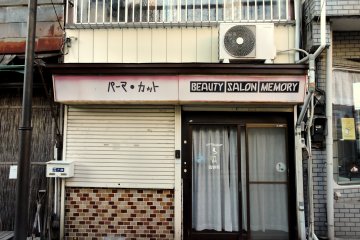 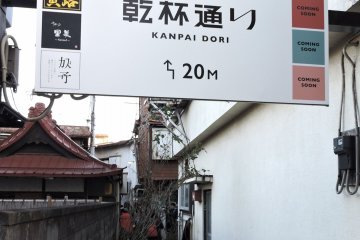 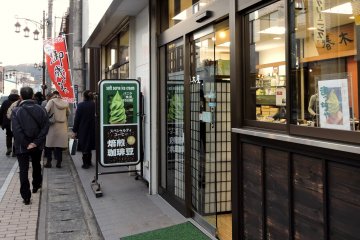 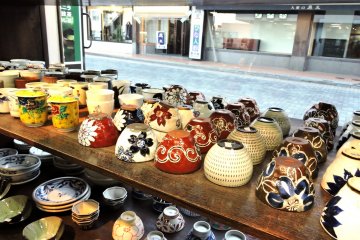 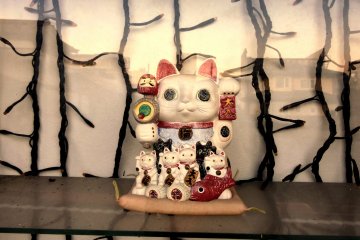 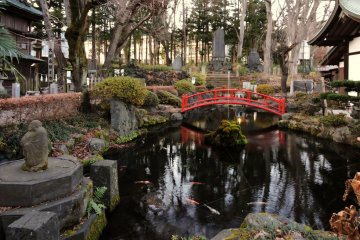 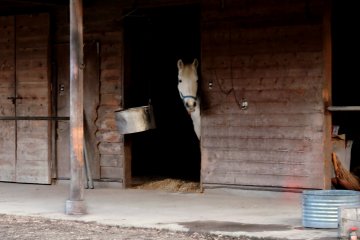 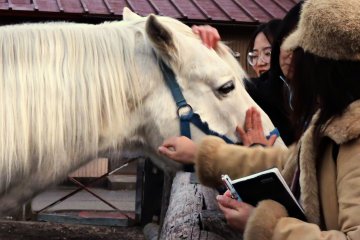