Enjoy a range of art in the middle of the city

As well as being a pleasant, relaxing space to stroll through or throw a frisbee around, Shirakawa Park is also home to a couple of interesting museums. Nagoya City Science Museum has six floors of fun exhibits on every aspect of science and technology, as well as an impressive planetarium, while Nagoya City Art Museum is equally aptly (if slightly unadventurously) named, showcasing a diverse range of art.

From outside, to be honest, I found the building pretty unattractive, an angular, largely windowless grey block at odds with the leafy surroundings. The plaza around it was more appealing, an open space with some interesting sculptures dotted around, and a large climbing frame for any infant giants who happen to wander by.

Things get better once you're inside, though. The lobby is bright and spacious, with a high ceiling, lots of natural light and a couple of fun artworks to liven things up. The exhibition rooms are also well laid out, and it's easy to enjoy the art in the uncluttered setting. Most of the labels are only in Japanese, but there's a little English information to help you.

There are a number of special exhibitions each year, offering a range of artists and artforms: previous exhibitions have included traditional Japanese nihonga painting, prints and trick art, and loosely themed exhibitions with titles such as "Seeing the World Through the Eyes of Children".

Works displayed from the museum's permanent collection are rotated three times a year, and are also quite diverse: paintings from 1920s Paris artists such as Modigliani and Chagall; modern art, including screen prints by Roy Liechtenstein and a pop-art abstract by Frank Stella exploding out of the wall; paintings by local artists, among them Morimura Yoshinaga of the local Morimura Memorial Art Museum; and striking, colourful works from a mid-20th Century "Renaissance in Mexican Art" which, like a lot of people I guess, I'd previously known nothing about.

The museum is also home to an art library, with books and periodicals to read, and an auditorium which hosts a range of lectures, concerts and other events. Finally, after you've enjoyed the art you can browse the gifts in the compact store, then admire them over a drink or cake at the adjoining coffee shop.

The museum is open daily except Mondays from 9:30am to 5:00pm (8:00pm on Fridays), opening on Monday and closing on Tuesday when the Monday is a national holiday. The museum closes for the New Year holidays and for exhibition changes; the schedule is on the website. Admission costs ¥300 for the permanent collection exhibitions, with discounts for students, free entry for Junior High School or younger; fees vary for the special exhibitions. There's no parking at the museum, but it's within easy walking distance of Fushimi, Osu Kannon and Yabacho subway stations. 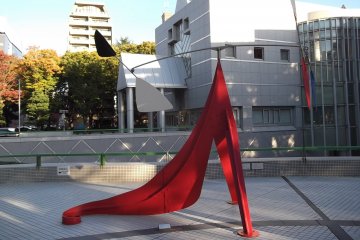 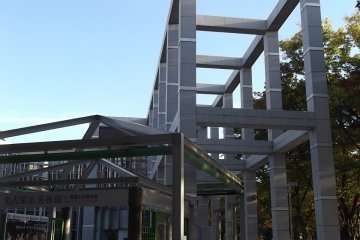 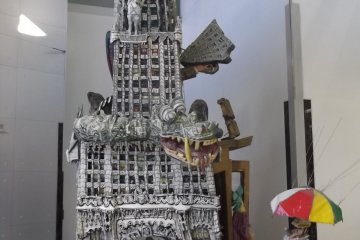 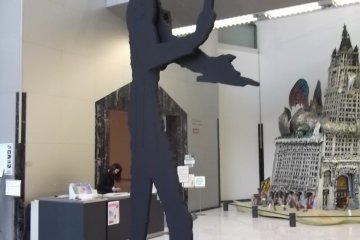 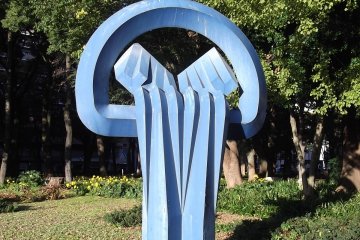 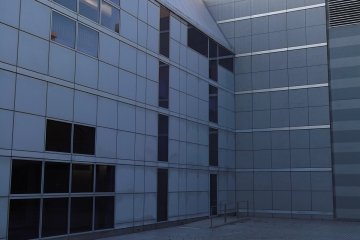 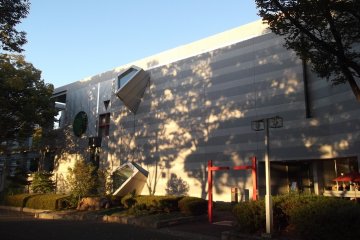 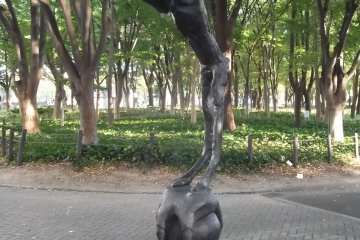 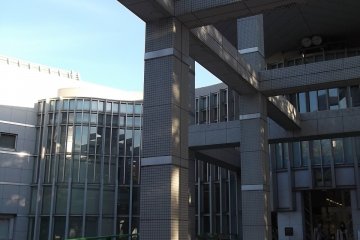 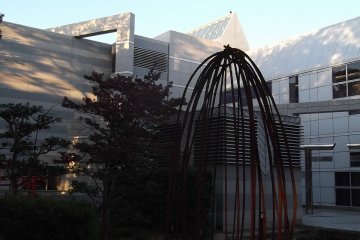