The Port of Nagoya Public Aquarium was one of my biggest shocks when I visited Nagoya. It doesn't have the fame that it clearly deserves. What I found was a very high-class aquarium that had a wide variety of ocean life displayed in very comfortable, beautiful facilities. The half-hour that I had to wait to enter (on a crowded national holiday) was well worth it.

The facilities span across two buildings, each with a different theme.

The North Building is home to some of the more notable animals, which at the time of this visit included four killer whales (orcas), along with numerous dolphins and white whales (Belugas). A lot of thought went into creating the aquarium facilities. For instance, one of my favorite areas was a big, carpeted room with stadium-like seating where you can sit and relax to watch the animals swimming, rather than having to stand and fight through a crowd.

Outside the North Building was the most popular attraction: the dolphin show. The show takes place in an enormous pool - one of the largest outdoor pools in the world, in fact. Sixty meters high, 30m wide, and up to 12m deep, the enormous tank is flanked by stands big enough to hold 3,000 fans, along with large video screens zooming in on the action. And the show itself? Having been to plenty of aquariums in the past, each with their own dolphin show, I admit to expecting some "same old-same old." Yet the show was much more entertaining that I anticipated, as the animals and trainers had me laughing and cheering with a very well orchestrated show that very much felt like "animals playing" rather than "animals being trained to follow orders."

The South Building had separate "sea zones" that recreated the natural habitat of particular areas around the world. Not only were there plenty of fish in tanks, but there were also above-water habitats, showing entire ecosystems that included enormous sea turtles and penguins. Zones ranged from Australia to the Atlantic to the Antarctic. The deep sea zone with its monstrous sea crabs crawling in near-darkness was particularly interesting. My favorite part of this section was a tank with an unbelievable "fish tornado" - thousands and thousands of fish spiraling together in what is a very unique spawning event.

There was some simplistic signage in English, and an audio guide for the extra inquisitive, but I had a fun time even without it.

The Nagoya Port Aquarium is open from 9:30-5pm (in winter) and 9:30-5:30pm (in summer), with entrance being allowed up until one hour before closing. There are also re-entry stamps for those who want to leave and return. Tickets cost 2,000 yen for the aquarium on its own, and 2,400 yen for a set ticket including entrance to some of the other nearby attractions. The aquarium is closed on Mondays.

The aquarium is located in the Nagoya Port District of the Minato Ward in Nagoya. It can be reached by a 5-minute walk from Nagoyako Station on the Meijo Subway Line. 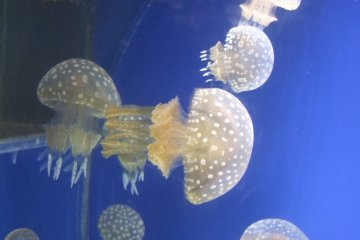 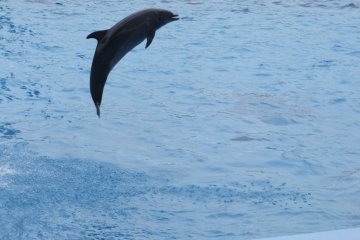 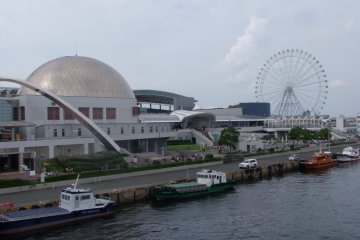 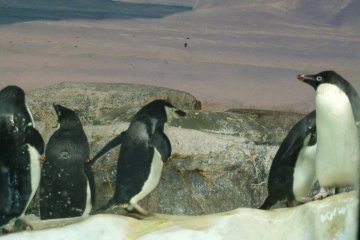 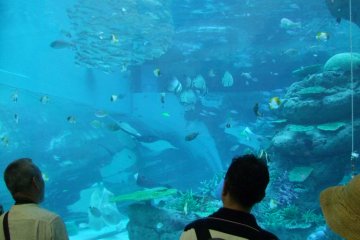 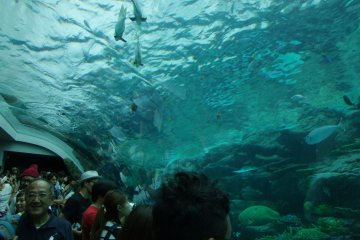 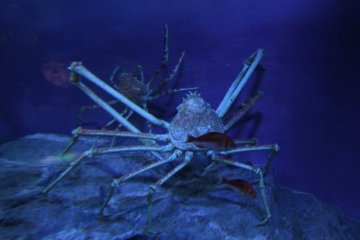 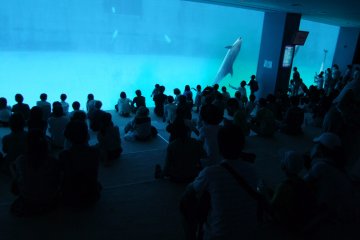 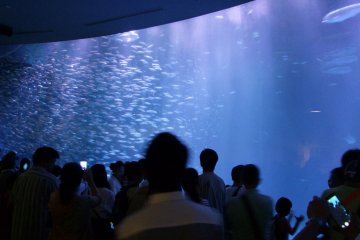 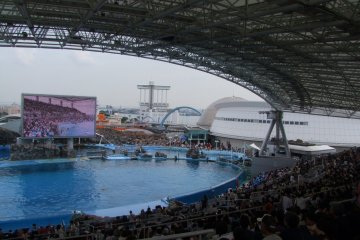 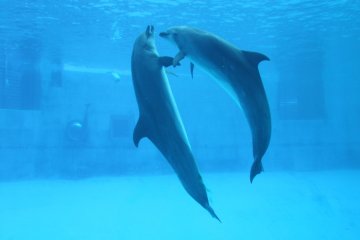 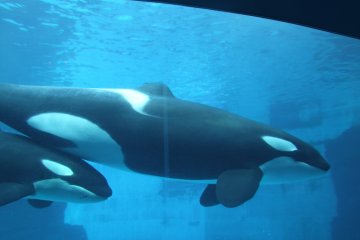 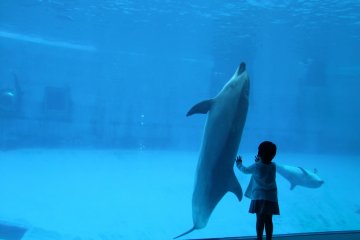