The observatory in the Nagoya Port Building doesn't require a lot of explanation. It's a simple room in a tall building that does nothing but give you a great view of a beautiful area. What more could you want to know?

The building - which is a unique and beautiful structure in its own right - is set at the point of Nagoya Port District. From the 7th floor observatory, visitors can look out to sea and have a great time taking in the maritime sights. The port is an active area with lots of ships coming in and out, so there's always something to watch. The observatory is 53 meters above the ground, giving you a nice bird's eye view. The surrounding areas include an industrial zone and a bridge, while in the other direction one can look back at central Nagoya city and be able to pick out some of the more identifiable landmarks, including the Midland Square building and the towers that make up Nagoya Station.

But perhaps the prettiest thing to look at is straight down. The Nagoya Port District is a pretty and bustling area, full of people and action. You can get a glimpse of the crowd watching the dolphin show in the world's largest outdoor dolphin tank at the nearby Port of Nagoya Aquarium, or the people going aboard Fuji, an Antarctic Icebreaker ship docked below that guests can tour like a floating museum. There's a big boardwalk, plenty of sightseers milling around, and behind it all is the Sea Train Land amusement park, featuring a big Ferris wheel that is very beautiful when lit up at night.

The Nagoya Port Building also features a restaurant on the second floor, and the Maritime Museum on the third.

One way to enjoy all the attractions in the area as well a the Nagoya Port Building Observatory is to buy the special combo ticket, which gives visitors access to the observatory, the museum, the Fuji Icebreaker museum, and the Nagoya Port Aquarium for 2,400 yen. This ticket is available at the ticket counters of any of these attractions.

The observatory of the Nagoya Port Building can be reached on foot in about 5 minutes from Nagoyako Station (Station E07) on the Meiko Subway Line. 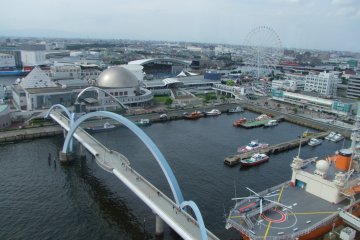 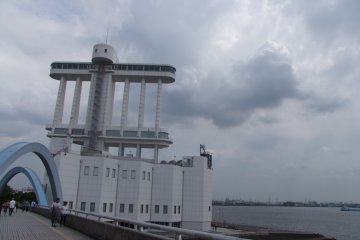 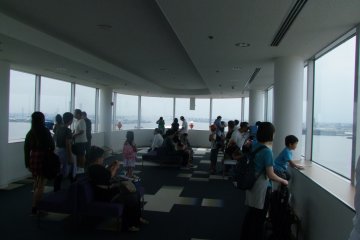 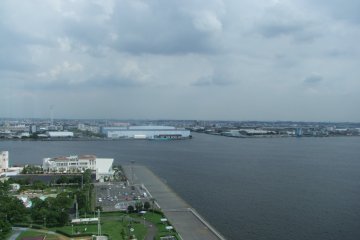 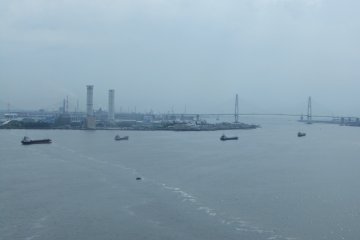 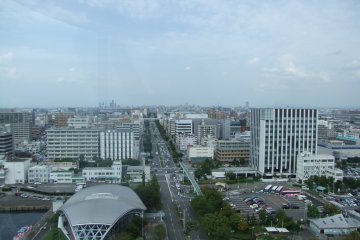 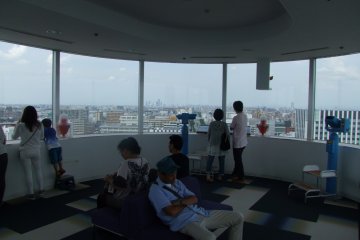