Takeshima, Island of the Gods

There's Treasure Along The Beaches of Gamagori!

You find treasure along sandy beaches, right? Look at the picture, can you see the people looking for treasure? They won’t find it digging in the mud. In fact, the treasure is right before their very eyes.

Just off the coast of the sleepy sea side town of Gamagori, some 60 Km south west of Nagoya City in Aichi Prefecture, is a small island long held in esteem by the locals and travelers of old. The island is called Takeshima. Connected to the mainland by a 387 meter long causeway, the island itself is the treasure, in fact, it was long ago designated a National Treasure!

The island itself is tiny, with a circumference of just 620 meters, enclosing an area of 19,000 square meters. The island is covered in evergreen trees, and over 238 species of temperate region foliage can be found on the small island.

The causeway across the calm, shallow waters leads you under a stone Torii gate, and is the only place in Japan where a bridge runs through a Torii.

At the top of the dome like island is Yaotomi Shrine, dedicated to the Goddess of music and of entertainers, Benten. It’s said that worshipping at the ancient shrine will provide good luck in marriage and in childbirth too. Numerous other small shrines dot the tree lined rocky outcrop, and the area, known as a Power Spot, draws a steady stream of visitors year round.

The shrine was one of the places Tokugawa Ieyasu stopped at to pray for victory prior to the Battle of Sekigahara in 1600. He wasn’t the sea side town’s only famous visitor either. Overlooking the island from a low hill on the mainland is the Gamagori Classic Hotel, full of charm, and still operating after 100 years. The Emperor Meiji spent a few nights at the grand and elegant former Prince Hotel, and the room in which he stayed, and the cushion on which he sat have remained unused. Only 27 rooms are available to the public, and like many establishments in Gamagori, offers some of the best seafood in the nation. Gamagori has long been a popular albeit, barely advertised tourist destination. The beautiful and bountiful Mikawa Bay waters are always calm, and there are a surprising number of attractions within the small city’s environs for you to enjoy. At low tide, digging for shellfish, not treasure, in the rich salty mud is one such popular past time.

Just remember, the treasure is before you, the National Treasure designated Takeshima Island. 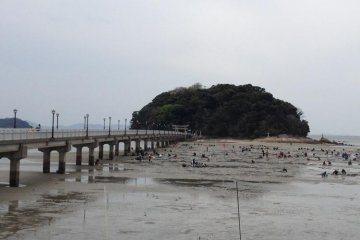 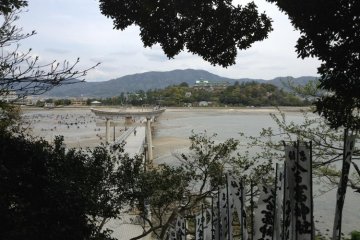 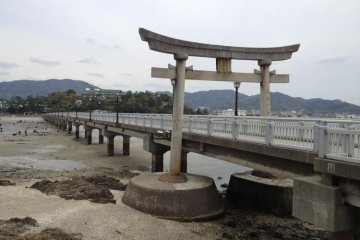 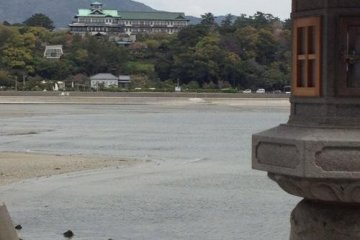 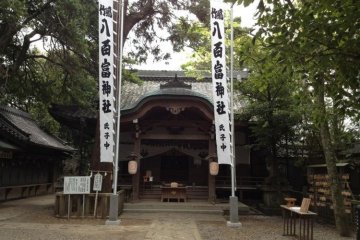 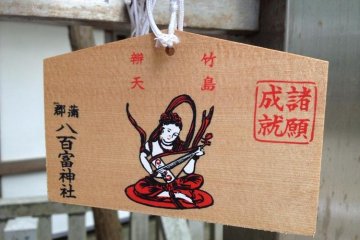 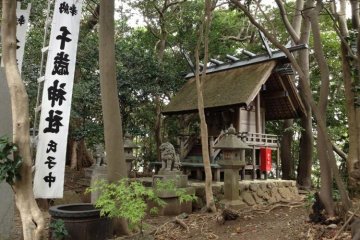 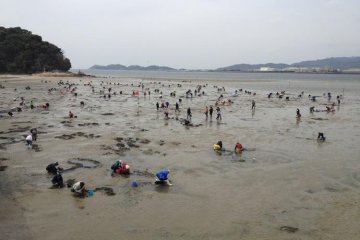