Pray for health and prosperity at this Shinto shrine

It’s 5 o’clock in the afternoon on a Monday and the sound of footsteps making their way up a set of stairs breaks the silence surrounding Miyoshi Shrine. A middle aged man emerges dressed in a suit and tie and proceeds to the altar. Named goshaden, hanging from the altar is also a pattern of shinegawa, ropes of braided rice straw that depict ritual purification. One at a time, he pulls on three large ropes hanging behind the shinegawa. The sound of bells can be heard. He places his palms together to pray and bows slightly at a 45 degree angle—maybe less. A couple of minutes goes by, maybe two or three, before he straightens his back, turns around, and proceeds to leave. His visit lasts five minutes, maybe more, but definitely less than ten. In and out, he remained expressionless the entire time, just another stop in his daily routine.

The sharp juxtaposition of his suit against the ancient architecture of the shrine reminded me of today’s odd mixture of religion with modern society, the two lifestyles existing as somewhat of a juxtaposition to each other entirely. Yet here they were, coexisting.

The Miyoshi Shrine is a Shinto shrine built in 673 AD (originally at the top of Mt. Taihei, it was rebuilt at this location in 1977) that sees over 800,000 visitors a year. Like most other shrines and temples in Japan, it gets crowded in the New Year when people come to wish for good health, prosperity, and happiness. This first visit of the year is called hatsumode, and its popularity is a signal to the longevity of religion and tradition in Japan today and around the world. Where today ordinary people and middle aged business men pray at this shrine, the Edo period saw the Satake samurai clan as one of many who paid regular visits to the Miyoshi Shrine.

The torii or gate at the shrine has on display two komainu statues, lion-dogs that are meant to guard the entrance. One statue has its mouth open, the other closed. The open mouth, as if to say ‘ah’, symbolises birth. The closed mouth, as if to say ‘um’, symbolises closure or death. Together, the two forces protect the shrine from evil spirits and welcome those coming to worship and pray. 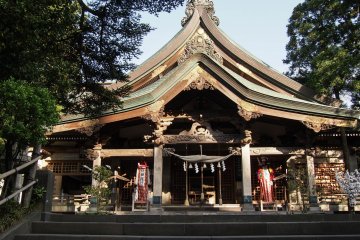 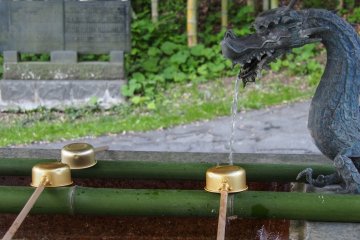 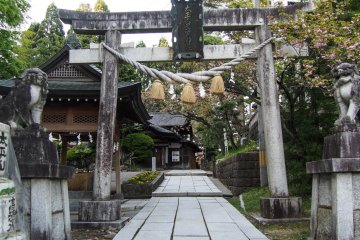 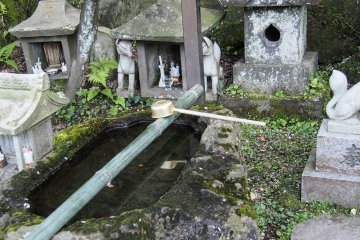 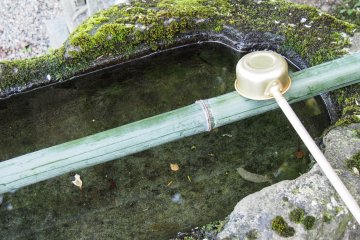 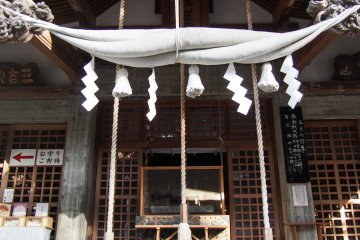 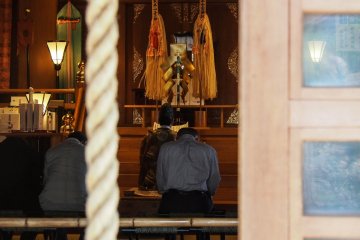 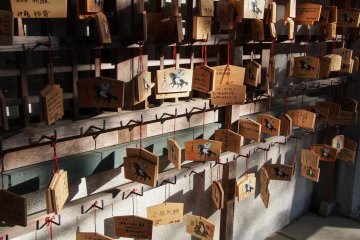 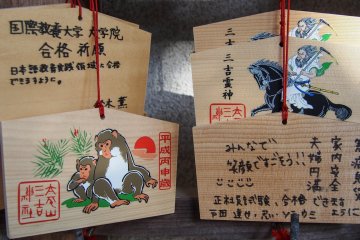 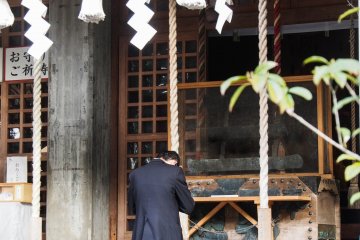 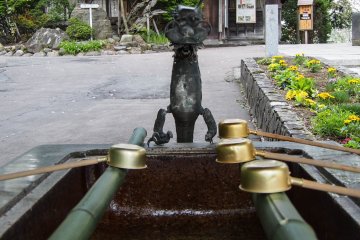 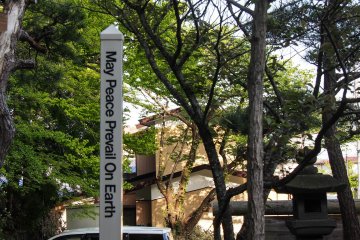 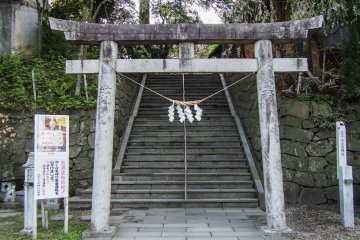