Despite my low tolerance for cold conditions, I learned to appreciate the winter season during my first trip in Akita in February. I joined a tour package that allowed me to learn circus-like balancing tricks at the Kanto Festival, savor the famous Inaniwa noodles, discover inspiring artworks by local artists, and receive warm hospitality inside snow huts at the Yokote Kamakura Festival. Each of these memorable experiences introduced me to unique cultural aspects of this region and let me realize that there is much more than heavy snow.

At this museum, also known as the Neburi Nagashi Hall, we learned about various events in the prefecture like the Kanto Matsuri. It is one of the three major summer festivals in the Tohoku region, held from August 3 to 6 every year. The locals pray for a good harvest by carrying kanto, which are long bamboo poles bearing dozens of candlelit paper lanterns that resemble ears of rice. When extension poles are added, they can weigh up to 65 kg. Hundreds of performers parade across town while skillfully balancing these poles on their foreheads, shoulders, hips, and palms. At the museum, I tried to balance a 5 kg one—the smallest size used by local children—on my palms. It was not so difficult once I learned the trick but balancing it on other parts of my body would definitely take years of practice! In 2016, there was a total of 280 kanto at the festival, and the number is expected to increase this year.

Located near JR Akita Station and the museum, this reasonable restaurant is convenient for trying local dishes. We had a lunch meal that included Inaniwa udon, which is considered one of the three most famous wheat noodles in Japan. The hand-stretched noodle is flatter and thinner than most types of udon. I chose cold noodles to get a better feel of its texture, although my body preferred the warm option after being out under the falling snow. It wasn’t as firm or chewy as I expected, but it did have a very smooth feel to it that I almost forgot it had been a dried noodle. Side dishes like grilled hatahata (Japanese sandfish), iburigakko (smoked pickles), and gibasa (slimy seaweed) all tasted very new to me.

Not only does this tourist complex, also known as Kamakuland, boast the greatest number of souvenirs in the prefecture, it includes a traditional folk crafts exhibition, an arts and crafts workshop area, a couple of museums, cafes serving local dishes, and more. My personal favorite is a series of 5 stained glass windows displayed along a spiral staircase wall that leads to the Akita Museum of Modern Art. A local stained glass artist Masato Shida created the windows to pay homage to woodblock prints made by an Akita printmaker Tokushi Katsuhira (1904–1971). Trained in France, Shida had adopted a traditional technique of grisaille to reproduce the overlapping colors and patterns that were expressed in the original print. The outcome is an unprecedented expression of glass with an East-meets-West feel, which appears very distinct from conventional stained glass works. According to Shida, this technique of grisaille is not very common in Japan.

At the gift shop area, there are about 10,000 products. Popular gifts include Inaniwa udon, Yokote yakisoba (stir-fried noodles), traditional crafts made from cherry blossom tree bark, and locally-brewed sake and craft beer. I bought local products like a paste of natto-jiru, which is a type of miso soup with grated fermented soybeans called natto; butter-flavored mochi; and junsai (water-shield). The miso soup not only tastes delicious, it can be made instantly by adding hot water. The cream-colored glutinous rice cake has a buttery aroma, a slight sweetness, and a chewy consistency. It is delicious by itself but also makes a perfect marriage with strawberries which are in season. Junsai, a mucilaginous aquatic plant that is considered a delicacy, is one of my favorite foods. I couldn’t wait until the summer when it is in season and bought one, after learning that Akita is its top producer.

This annual festival held on February 15 and 16 has a history of about 450 years. It features countless kamakura, which are igloo-like huts that are made by hollowing mounds of snow. There are about one hundred large kamakura and thousands of small ones scattered across the city. Inside each of the large snow domes, there is an altar to honor respect the water deity and pray for abundant rice harvest in the new year. It is no coincidence that in Japan, the highest production of quality rice comes from heavy snowfall regions like Akita, which actually means “Autumn Rice Paddy.” Winter snow is essential to rice cultivation, just as rain because it melts from the mountains and provides water from spring to fall. According to an elderly man in his eighties, this festival originated long ago when the area suffered a major drought.

Large kamakura are as high as 2m and 3m wide and are spacious enough for several adults to sit comfortably. Inside, you will find local children clad in traditional outfits sitting around a charcoal brazier, and inviting passersby for a cup of warm amazake (sweet fermented rice drink) and a piece of toasted mochi. The children proudly told me that the mochi was made by a nearby confectionery shop using locally cultivated rice. Subtly sweet and extremely chewy, it was the most memorable food I had in Akita.

There are also thousands of miniature kamakura dotted across the town. When they are lit up with candles around dusk, they create an enchanting scene. My favorite spot is along a riverbank near Futabacho Kamakura Street, where you can see a sea of miniature snow domes glow in the dark. It was both fun to walk around the small kamakura and to look over at them from a nearby bridge. The viewing spot by the illuminated Yokote Castle is popular too. You will have to climb up a hill but the panoramic view of the city and the castle is worth the exercise. Haguromachi Bukeyashiki Street, a path lined with samurai residences preserved from the Edo Period, is another photogenic spot you shouldn’t miss. The ones in front of Yokote Minami Elementary School are made by students.

A free loop bus is available during the event, but these viewing spots are only a 10 to 15-minute walk apart, so I recommend walking. If you get tired or too cold, you can sit by a stove at one of the resting areas that are set up near all of the sites. If you are still hungry even after all the food the locals try to serve you, you can head to Hokkori Yokocho, located in the main area of the festival next to the City Hall. There are dozens of food stalls selling yakisoba noodles, sweets, and local sake.

Stepping out of your comfort zone and discovering Akita

Although snow-covered Akita would not have been my usual choice of destination, I am glad that I went. Learning how to participate in a festival performance, tasting local foods, discovering unique artworks, mingling with the locals, and witnessing a picturesque festival was more than I could imagine doing during my visit. Realizing the connection between water, snow, and a plentiful rice harvest was also important for me because it allowed me to appreciate winter and my primary staple food at a deeper level. I would like to visit again to see everything else this prefecture has to offer. 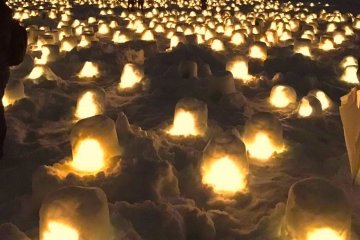 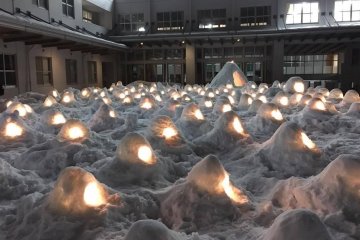 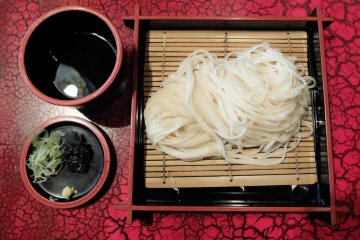 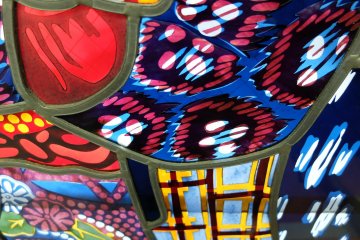 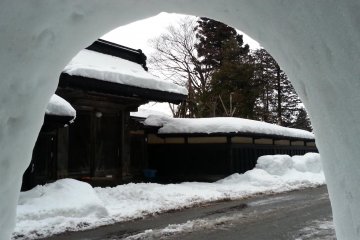