Where nature and history meets in Akita

Ask any Japanese child what he or she likes about festivals, and chances are that he or she would say the myriad of games and food at the outdoor stalls. From manga masks to goldfish games, piping hot takoyaki octopus balls to popcorn chicken snacks, festivals are fun for the young and young at heart.

The Kakunodate Cherry Blossom Festival has all this, and more. While a mere speck compared to the mile long stalls that line some of the festivals in Osaka or Tokyo, it has a purer carnival atmosphere, being a world away from the office towers or overhead train lines in the bigger metropolises.

Of course, festivals are not just about food and frivolity. In the days of old only a privileged few can experience the splendor of Japanese dance. Certain variants, such as bugaku, were performed in the Imperial court. Accompanied by music from Korea or China, the dancers wore elaborately decorated garments at a time when bright dyes were hard to come by.

Another feature of court dance was the use of fans. Paying homage to its creators in Imperial China, fans were a symbol of aristocracy and originally used by the upper classes to hide their faces, much like a masquerade mask. At the Kakunodate Cherry Blossom Festival, the general public can now experience the mystique and fluid beauty of Japanese dance, including those using folding fans, itself an invention of Japan.

The cherry blossom festival takes center stage on the banks of the Hinokinai River, which is an easy stroll from Kakunodate Railway Station. As you make your way to the river, each step you take is a step back in time. First you will encounter quiet alleyways with pa and ma shops that look if they were untouched for the last fifty years. Then as you approach the riverbanks, samurai residences and tea houses would appear, taking you back to the Eighteenth century. Modern architecture has largely left this part of town unscathed. If the 15 to 20 minute stroll is too much for you, take the town bus, or better still, hire an old fashioned bicycle, or flag down a rickshaw. No wonder this village is called the Kyoto of Michinoku, the old name for the northern part of Honshu Island.

Along the riverbank there is an avenue of over 150 cherry trees, marking the boundary between the austere grays of the samurai residences and nature’s changing colors along the waterfront. In 1662, a lady of noble birth came here from Kyoto, and planted three saplings that now form the weeping cherry trees along the river bank. They are a testament to their resilience long after the age of the samurai. If you were to stroll here during spring, their blossoms fill the skies above you with delicate petals, bringing a song of a dozen hues of pinks in your heart. It is like floating into a dream world filled with a kaleidoscope of marshmallow and baby pink, each hue as light as a single snowflake. It is the sign of new life and hope after several months of long nights and snow bound conditions. No wonder the locals here celebrate the arrival of spring with such fervor. 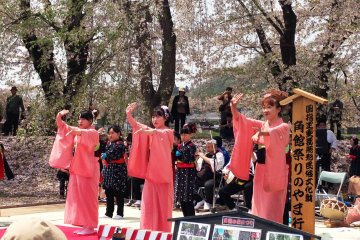 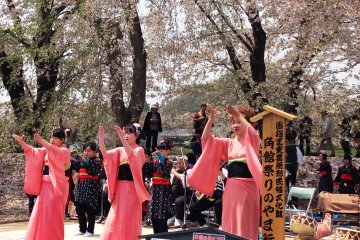 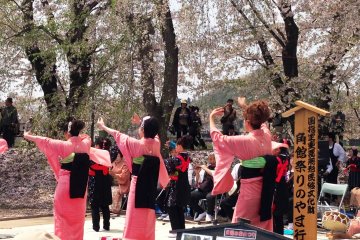 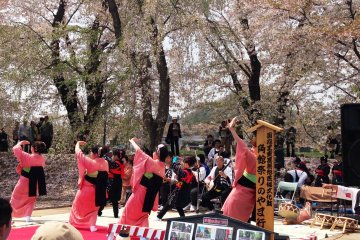 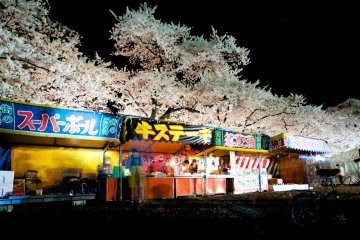 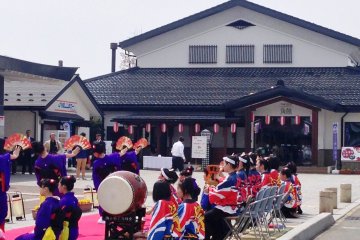 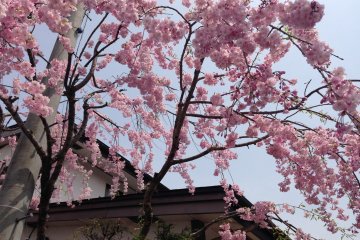 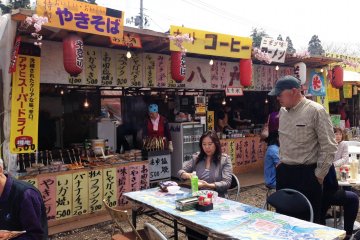 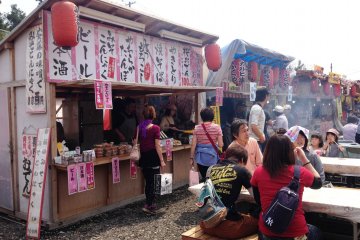 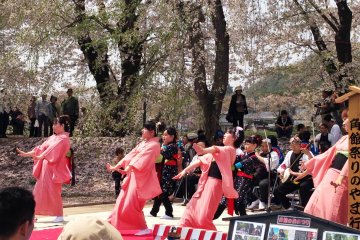 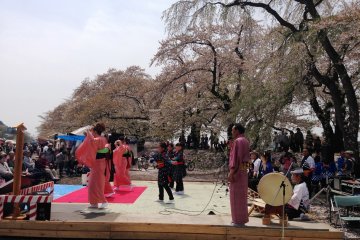