Akita History, Nature, and Leisure In the City

Akita's Senshu Park is an oasis in the center of Akita-shi. Just minutes away from station, you would never guess one of the most powerful samurai clans had constructed a fortress in the vicinity. Senshu Park was voted as one of Japan’s 100 most beautiful parks, probably because it has a little something for everyone.

Walking towards the park from the station you’ll first come across some rectangular ponds that are filled with lotus flowers in spring or frozen solid in the winter. These are remnants of a moat the powerful Satake samurai clan built centuries ago. And what do moats guard? That’s right, castles! Although the castle has long been destroyed, reconstructions of a castle gate and a watchtower at the highest point of the park help us imagine what this area could have looked like in the not too distant past. The watchtower costs 100 yen to enter. Inside you’ll find a museum and the best view in Akita from the top of the tower. As you breach the castle defenses, you can discover the true treasures of Senshu Park.

Walking around the park you feel one with nature. On most days, the park has few visitors and there are many areas to hide away to talk with friends or steal a kiss with a date. There are trees and flowers everywhere and the air is fresh and clean. In the springtime, the park comes alive with the whites and pinks of cherry blossoms. Families and friends picnic and drink until far after sunset taking in the good vibes. Walking trails circle here and there around the park and there are sign posts to direct you where to go, though most are in Japanese.

Other attractions in the park give it real character. The park is home to its own temple and own shrine. On New Year’s I wished for good luck at these places with my host family then rang a temple bell. The bell is ringed 108 times on New Years to atone for the 108 sins that Buddhists believe humans commit. There used to be a wonderful art museum, but it is moving across the street. Instead guests to the park can visit a restaurant, museum with samurai artifacts, a concert hall, or one of the city’s libraries. The large number of shady areas and benches are just begging to picnicked with. Help them and help yourself to enjoying Akita’s Senshu Park. 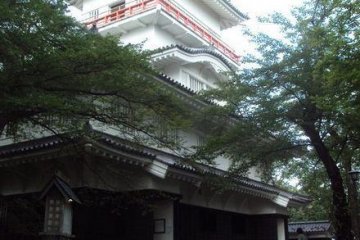 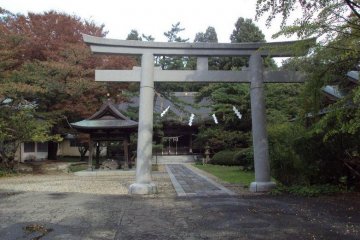 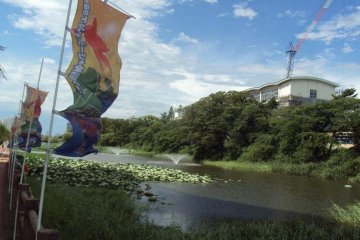 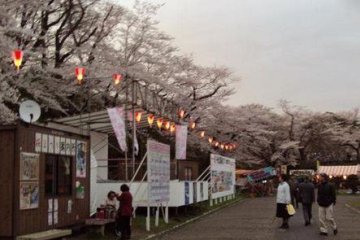