An enjoyable garden within Hirosaki park

Hirosaki is a former castle town located in Aomori Prefecture, and it's a popular tourist destination due to its rich cultural and historical heritage. Many of the city's attractions lie within or around the large Hirosaki Park which we had spent one rainy afternoon exploring as part of a half day trip from Aomori. After having a look at the castle tower and a few other sites we made our way to the Hirosaki Botanical Gardens. The gardens were first opened in 1988 and contain over one hundred thousand different plants representing around one and a half thousand species, all located within a 7.6 ha area of Hirosaki Park. Entrance to the gardens costs 300 yen although we already had a ticket that was part of a combination pass. We bought the pass at the Hirosaki Castle Tower and it also gives access to the nearby Fujita memorial gardens.

Before we went to the Botanical Gardens though, we were having such a great time looking at some of the other sites around the park that we actually lost track of the time. Eventually we realised that the gardens we’d prepaid entrance to were closing very soon and dashed over from the other side of the park. We arrived out of breath at the western entrance a few minutes later, had our ticket stamped, and made our way in.

The gardens were quite spacious and contained a number of cute exhibits such as a little water wheel house, flower displays and at least two different panda sculptures. One was carved out of a bush and the other black and white one looked to be made out of some sort of non-plant like substance. They both had lots of flowers around them and were really cute!

Towards the centre of the gardens we found a large amount of food carts and stalls as well as an area with Japanese medieval themed exhibits (castles and samurai). For some reason there was also a section where you could play with rabbits! As neither of us had really seen a rabbit up close before (in Queensland owning one carries a $30,000 fine), we were quite fascinated and went up to the enclosure where they were kept. The people looking after the rabbits were looking at us a little warily as it was late in the day (with no one else about), and I think it was set up mainly for children wanting to pet the rabbits. I guess we didn’t want to pat them all that much and since we didn’t approach the people and they didn’t approach us, we ended up just having a look. They were pretty cute! Maybe I did want to pat them a little!

Following the rabbits we then went and had a proper look at some of the more botanical aspects of the gardens and enjoyed seeing a large variety of different trees and plants. The gardens were laid out into a large number of different little zones that contained similar plants. As it had rained a fair amount earlier in the morning, the garden was quite moist and lush, which added to the experience. One of Hirosaki’s specialties is its apple production and throughout the park we saw quite a few fruit bearing apple trees—the apples looked delicious! The Hirosaki Botanical Gardens also had quite a good rose garden and we spent some time sniffing all the different varieties. We couldn’t stay too long though unfortunately as we had one final garden to visit, the Fujita memorial gardens, which we reached by sprinting out the botanical gardens only minutes before the Fujita last entry deadline. 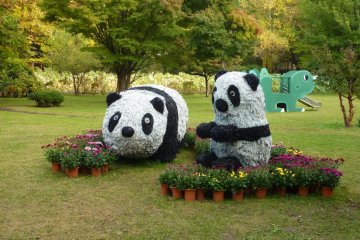 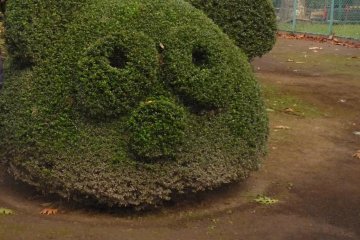 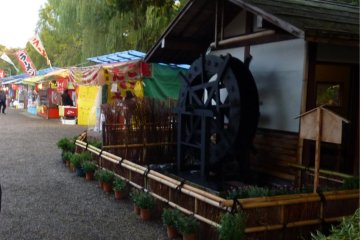 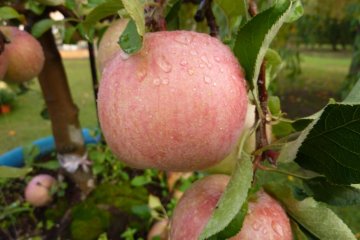