A peaceful temple in a tranquil natural setting

Though it may sometimes seem so, not all Japanese temples are old. New ones are often being founded, but their lack of history doesn't mean they're not interesting. Seiryu-ji is a case in point; it was founded only in 1982, but is home to the Showa Daibutsu, the largest seated bronze Buddha statue in the country, and it's also worth visiting for its peaceful setting and atmosphere.

Approaching from the road, I came first to the Daishi-do, a vibrant red hall named for Kobo Daishi, founder of the Shingon sect of Japanese Buddhism. Its striking color grabbed my attention, but there wasn't so much to see, so I carried on over an equally bright bridge to the Kondo, the main hall, made wholly of local cypress wood.

The inside was captivating; the dim lighting and heavy scent of incense created a contemplative atmosphere in which I could look slowly around at the bright statues, sculptures and carvings. In a corridor behind the hall there are a number of paintings of what I assume are Buddhist priests and saints, and one huge, epic painting called 'Descent of Amida and the Heavenly Multitude' , which is as colorful and energetic as the title suggests.

Close to the Kondo is the Kaizan-do, a smaller wooden hall with a statue of Kobo Daishi in his pilgrim attire, and on the other side is a five-storey pagoda, also made of cypress. At 39 meters it's the highest wooden pagoda in Tohoku, higher than the trees at the edge of the clearing in which it's set, looking impressive as it stands out against the greenery and the sky.

I walked away from the pagoda and up the gentle, forested slope that approaches the Daibutsu. On the right I stopped off at a small wayside shrine next to a small pond filled with wriggling tadpoles and coins that had been aimed at the statues in its center. It's surrounded by pinwheels whirring in the breeze, their bright colors standing out among the trees, hopefully adding some cheer to the afterlives of the children they represent.

At the top of the slope there are a couple of baby-faced statues on either side, standing sentinel at the entrance to the clearing where the Daibutsu sits. He's an imposing figure, already somewhat weathered despite his youth, but his expression and his languorous pose are deeply serene. The meditative feeling is enhanced by the setting; he's surrounded by forest, so the only sound when I was there was of the birds calling to each other from all sides, accentuating the tranquility. There are a few chairs provided for visitors, so I sat for a few minutes to breathe deeply, quietly watch the statue, soak up the atmosphere.

Taking the path on the other side of the clearing I came to some more statues, smaller but also interesting. The Ichigan Kannon is the Buddhist goddess of mercy, but in an incarnation which accepts only one wish from worshippers (so I made sure it was a good one); Fudo Moyoh looks ferocious but has our interests at heart, using his sword to cut away bad thoughts; then at the bottom there's Kobo Daishi again, next to a pond shaped like Shikoku, the island of western Japan where he lived and practiced. I walked slowly around the pond, following 88 footprint-shaped metal plates, one for each temple on the Shikoku pilgrimage trail.

Add to this a couple of stands where you can get drinks, snacks and souvenirs, and fairly easy access via regular buses from Aomori station, and you have a half-day trip that's definitely worth taking, an escape from the city for some natural peace and spiritual quiet. 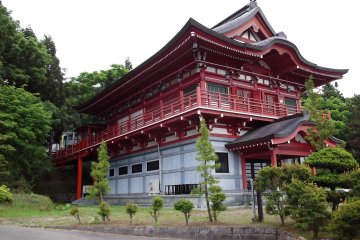 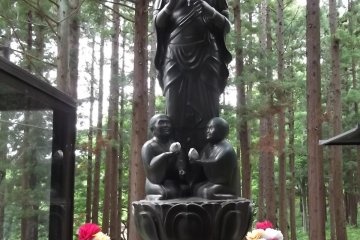 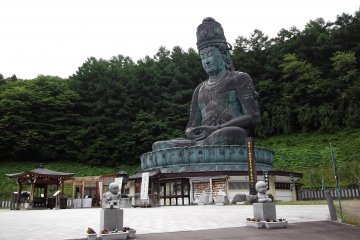 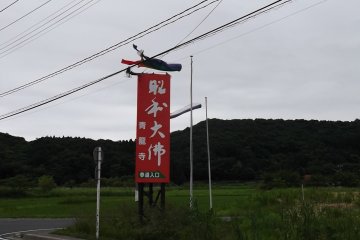 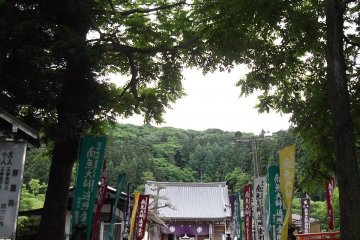 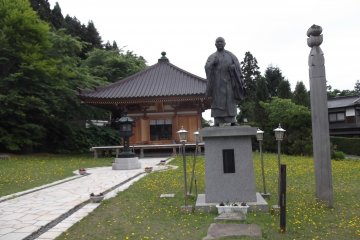 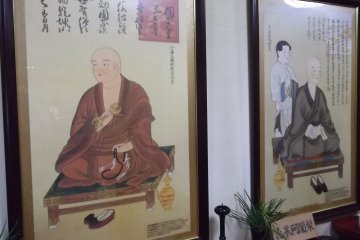 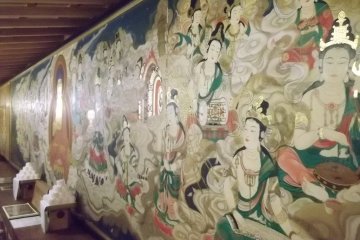 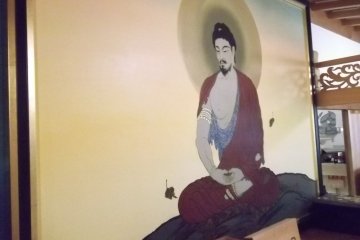 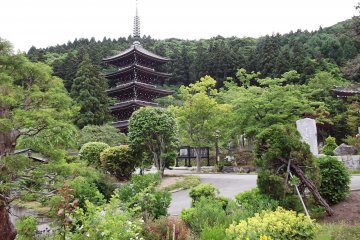 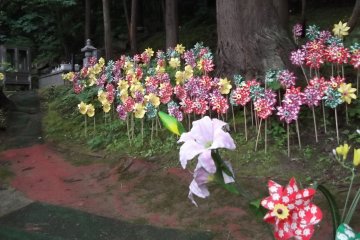 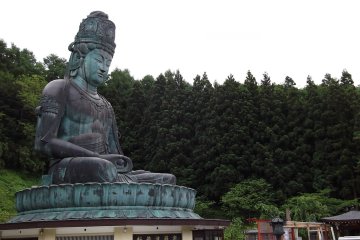 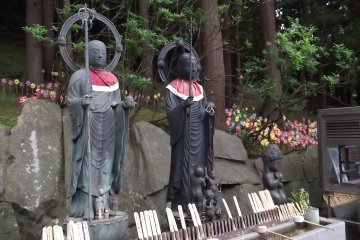 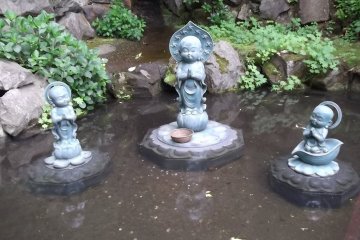 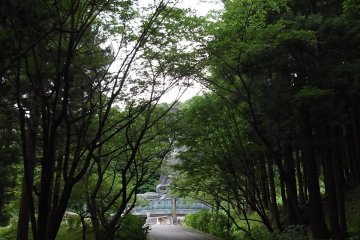 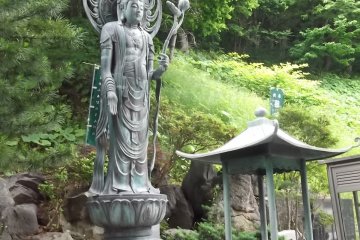 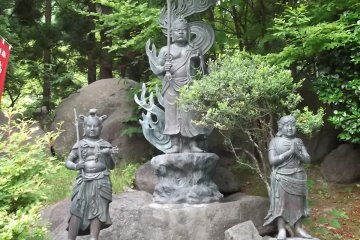