Must-visit spots based on your favourite Ghibli anime franchise

Fans of Studio Ghibli are in for a treat with a wide range of Ghibli-inspired attractions to be found dotted around Japan. Although the Ghibli films are fictional and exist only in the animated world, there are a large number of real-life locations which are have said to inspired director Hayao Miyazaki's work of arts, including films like Spirited Away, Princess Mononoke and My Neighbour Totoro.

Conversely, the success of these films has also inspired numerous attractions that have gone on to become well-known in their own right – such as Kiki’s Bakery in Yufuin Floral Market and Shirohige’s Cream Puff Factory. Calling out to all Ghibli fans – pack your bags and get ready to go on a Ghibli pilgrimage!

There is no other place to begin your Ghibli pilgrimage than the Studio Ghibli Museum in Mitaka, Tokyo. Located inside Inokashira Park, visitors get to immerse themselves in the magical world of Ghibli and view inspirational exhibits, such as founder animator, Hayao Miyazaki’s original sketches. Moving around the museum itself is lots of fun with each corner packed full of details and intricate things to discover, each areas based on a Ghibli animated film. One poignant area aims to recreate Miyazaki's animator studio setting, complete with sketchbooks, animation cells, ashtrays and boxes full of extremely short pencil stubs – reflecting Miyazaki’s respect for the environment and desire to reduce waste.

While the museum is lots of fun for adult fans, it is even more so for the young ones who can experience a giant Cat Bus play area designed exclusively for them. Don't forget to take some pictures with the giant Totoro located outside along Kichijoji Avenue, or the towering Laputan robot on the rooftop for keepsake! When you are done with checking out the museum and the Mamma Aiuto museum shop, head to the Straw Hat Cafe on the ground floor for some refreshments. The Studio Ghibli Museum is popular with repeat visitors who flock back here because of both special exhibits as well as the original short animated feature film shown in the onsite Saturn Theatre – these are rotated seasonally and produced exclusively for the museum. Hence, do book your tickets early and allocate enough time for your visit as the museum can get crowded.

If you are in Nagoya, Aichi prefecture, definitely consider paying a visit to Satsuki and Mei's House – the rural dwelling made famous in one of Ghibli's hit breakthrough anime, My Neighbour Totoro. Set in the midst of the large Ai Chikyuhaku Memorial Park, the surrounding foliage lends an idyllic atmosphere to the attraction. Step back into 1958—the year the film was set—and peruse every nook and cranny in the house, which is maintained just as it was in the film. Open up drawers to browse the sisters’ belongings, or look for acorns outside around the house! Past visitors have enthused about the level of detail in the replica house, from its weathered-looking exterior to the study brimming with books and papers, the kitchen and the well in the backyard. The details show even in small things like the bucket with a hole and the child-scribbled calendar on display. Tickets can be bought early from any Lawson convenience store. Do note that each ticket entitles a guest to a 30 minute viewing session. If you’re interested in more architecture that inspired Ghibli films, check out the Edo Tokyo Open Air Architectural Museum too!

Access: 15-minute walk from Ai Chikyuhaku Kinen Koen Station or you can take a free shuttle bus from the station

Kiki’s Delivery Service is a coming-of-age story featuring a young witch named Kiki and her talking black cat Jiji. Bewitched viewers can visit Kiki’s Bakery in Yufuin Floral Market, a whimsical European-esque attraction in Oita prefecture with cobble-stoned paths, tiled roofs and colorful flowering shrubs – all set against a backdrop of Mount Yufu. The bakery is easily spotted by a cage hanging from the shopfront with Jiji resting in it. Stepping into the bakery, visitors are greeted by an array of delicious-looking pastries with croissants as the highlight. The Yufuin Floral Market in Oita would satisfy more than just fans of Kiki and Jiji with an Alice in Wonderland shop and Peter Rabbit petting zoo also to be found.

Shrouded in thick fog that weaves through the ancient majestic cedar trees, Yakushima’s Shiratani Unsuikyo Ravine appears so mysterious and spiritual that the Forest Spirits might just be out of sight behind some trees. Stepping into the forest, visitors will be awed by the same experience that inspired Miyazaki and lead artist Kazuo Oga, who spent hours sketching in the forest to create the Ghibli classic, Princess Mononoke. It’s easy to see why with the dense and vivid green moss-covered rocks lending the forest an ethereal air. These days, the Shiratani Unsuikyo Ravine is popular with Mononoke fans who often bring along their Kodama figurines to pose in their own Mononoke-inspired photos of the forest. For visitors who intend to trek here, there are three difficulty levels that vary between one-, three and four hours in length. Trekkers should have gear suited for rainy weather as it can rain frequently on Yakushima.

Access: 30-minute drive from Miyanoura Port or you can take a 35-minute bus ride from the port (¥550 for one way) More: Yakushima on Japan Travel

What’s not to love about a picturesque and quaint port town? Ponyo, the adorable Asian equivalent of Little Mermaid, is set in the town of Tomonoura, in Hiroshima prefecture. Visitors to Tomonoura can head to Fukuzenji Temple for great views of the surrounding sea and mountains, the red-roofed house which Sosuke’s and Risa’s house was based off, and the Joyato Lighthouse, a historical landmark of the town built during the Edo period. Take a carefree stroll down the pier to see the fishing boats bobbing in the water, drive along the winding road or get to higher ground for a wide vista of the harbour to enjoy the sights Ponyo, Sosuke and Risa would have seen from their front porch.

Tucked away in a quiet residential area swathed by trees, Shirohige’s Cream Puff Factory is the best place to experience the Totoro atmosphere right in the middle of Tokyo. Managed by Miyazaki’s sister-in-law, the two-storied cafe is decorated with his sketches and Ghibli figurines. Order a Totoro cream puff or two to indulge in on the second floor or you can bring them home to savor. The custard cream and chocolate cream flavors are available all year round while flavors like peach, strawberry and marron/chestnut cream are seasonal. Apart from cream puffs, the cafe also serves pasta, cookies and cakes. Do come early to avoid disappointment as the shop is really popular!

Of the various locations to have inspired the the iconic Arburaya, or bathhouse in Spirited Away, Dogo Onsen in Matsuyama city, Ehime prefecture is one of them. Reputed as one of the oldest onsen towns in Japan, legend has it that Dogo Onsen was discovered when locals noticed a white heron heal its injured leg by dipping it into the hot spring water. Looking at the majestic-looking Honkan, the main building of the bathhouse, it becomes apparent how Miyazaki was awestruck by the bathhouse complex. The Honkan has been in operation since 1894 and is still thriving today with the throngs of tourists flocking there for a soothing bath or to experience the Ghibli magic.

Other locations that have inspired the Arburaya in Spirited Away include the luxurious and historic Meguro Gajoen, the Edo-Tokyo Open Air Architectural Museum, Nijo Castle, Nikko's Toshogu Shrine and the tea houses of Jiufen, Taiwan. Numerous other Japanese onsen locations, such as Sekizenkan in Gunma's Shima Onsen, or Kanaguya in Nagano's Shibu Onsen, also helped inspire the final look.

Hotels are plenty everywhere but ones that are both luxurious and designated cultural assets like Meguro Gajoen are much fewer. This palatial complex is said to have influenced the makings of Spirited Away. Meguro Gajoen, also known as Hotel Gajoen Tokyo, has everything under one roof as the first wedding complex to be established in Japan. The opulent Showa-era complex also features troves of artwork such as the traditional wooden panels lining the entrance. Especially notable is its washroom—aptly nicknamed the “Million Dollar Toilet”—with its ornate ceiling with golden Japanese motifs, spacious cubicles and the lacquer-like finish on the furnishings. You'll even need to cross a miniature bridge in the washroom to get to the cubicles! Another noteworthy feature is the “100 step staircase”, or Hyakudan Kaidan. The original Meguro Gajoen was actually demolished in 1988, due to improvements being made to the neighbouring Meguro River, and was eventually rebuilt with the original Hyakudan Kaidan being preserved. Looking at this place of beauty and decadence, it’s easy to see how it’s mirrored in the lavish bathhouse managed by Yubaba.

Fans of Whisper of the Heart will be delighted to hear that the movie was set in an actual suburban neighbourhood in Tokyo. Based off Tama New Town, the film takes inspiration from various sites all over the hilly town that’s dotted with lots of greenery. Start off your Ghibli tour at Seiseki Sakuragaoka Station where there is a map detailing the sites fans should visit, from the train station to the bridge over the Tama River, to Sakura and Irohazaka streets and not to forget – the memorable roundabout and long staircase stretching over the hill! To finish off the nostalgic trip, next to the map is a mailbox as a miniature of the antique shop in the film, where you can drop in a letter with your aspirations written on it.

Officially the 'Niettele Oodokei', this Giant Ghibli Clock found at the Nippon Television building in Tokyo's Shiodome is a collaboration between Nippon Television and Hayao Miyazaki. The massive clock spanning 18 meters wide and 10 meters high and weighing 28 tonnes is a masterpiece with a dark and fantastical facade. Although the link between the clock and Howl’s Moving Castle has never been publicly made, the resemblance between the two is clear to see with the clock’s menacing claws for its stands, and tin men to be seen dotted around the castle-like structure. The Ghibli Clock springs into action and puts on a show various times daily at 12 noon, 3pm, 6pm and 8pm – with an extra time slot at 10am on weekends too. Since it’s free, you may want to catch the show twice, once in the day and once after dark when the clock lights up with a fervent orange glow that lends the performance a unique atmosphere.

With so many attractions already available, fans ought to be satisfied. Except when it comes to Studio Ghibli, you can never have too much of a good thing! Fans of the film studio can rejoice as a Studio Ghibli Theme Park is also planned to open in Aichi by 2022! The theme park is to be built in Ai Chikyuhaku Memorial Park, Aichi prefecture, where the Satsuki and Mei's House already sits.

Visitors can expect to be enthralled by the Howl-inspired entrance, European-style brick buildings, animal statues, exhibition galleries and also dedicated green spaces within the attraction. Though roller coasters are unlikely, several theme park rides can still be expected. The Ghibli Theme Park alone is surely good enough a reason for Ghibli lovers to visit Japan, but until then, tide over the anguished waiting by touring other spots in Japan!

If you've already visited these places, check out our alternative Top 10 Ghibli list for a new wave of Ghibli-inspired locations that are worth visiting. 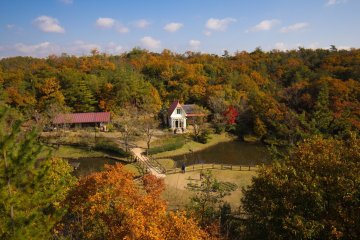 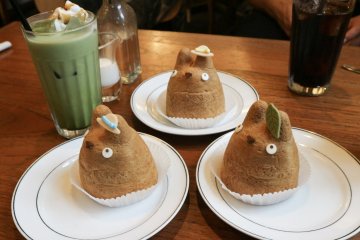 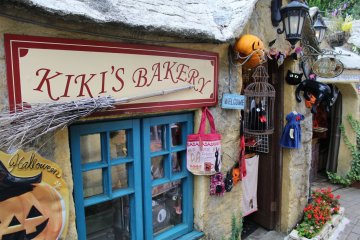 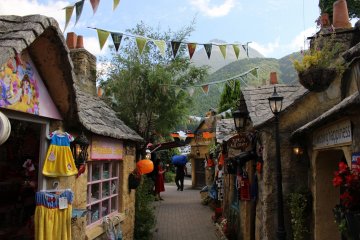 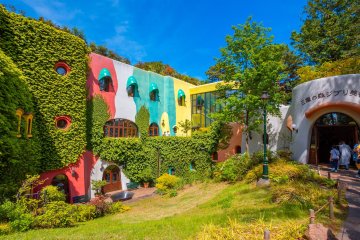 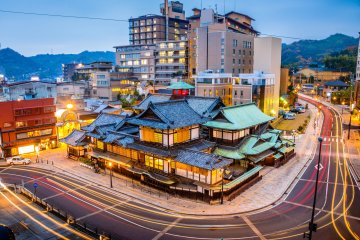 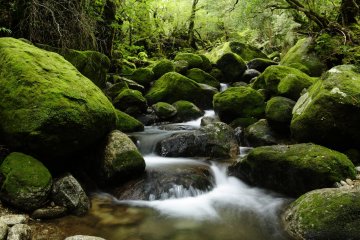 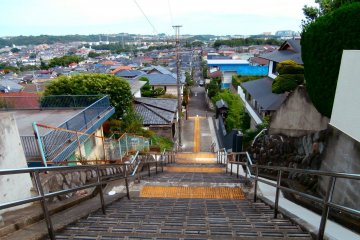 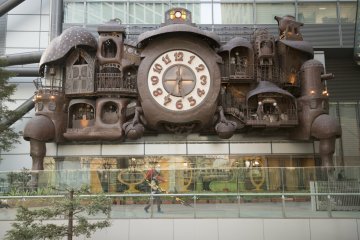 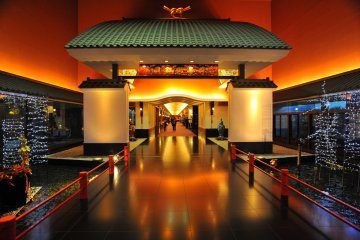 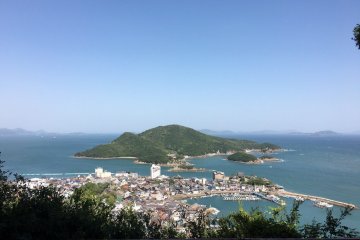 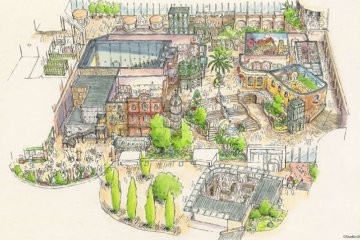