If you are after an authentic Japanese hot spring experience, ​Sekizenkan Ryokan, an ‘onsen ryokan’, should be one of your top destinations. Sekizenkan Ryokan is a therapeutic hot spring resort dating back to the Genroku era (1691), making it the oldest Ryokan existing in Japan. Nestled within the rolling mountains of Nakanojo machi, the winding road towards Sekizenkan Ryokan is dotted with traditional structures reminiscent of old-time Japan, informing the modern traveler that Japanese people have traveled far and wide for the healing properties of Onsen for centuries.

Arriving at the doorstep Sekizenka Ryokan, you will be greeted by Sekizenkan’s famous red Keiun bridge and the Main building (本館), which served as one of the models for the bath house in the Hayao Miyazaki film, Spirited Away.

The lively and enthusiastic owner of the Ryokan, Kurosawa-san, will happily guide you through Sekizenkan’s walkthrough Spirited Away tour. In this tour you can see the physical similarities between Hayao Miyazaki’s film and the Ryokan. I found some rooms strikingly similar to the film, and I would recommend you to partake in this intriguing experience.

Kurosawa-san is also enthusiastic to share the 300 year history of the Ryokan with his Sekizenkan’s historical tour. The Main building is the oldest original structure of Sekizenkan. During the tour, Kurosawa-san will reveal all the traditional features the Main building is still currently blessed with. Still in great condition, these distinguishable features include the 6 tatami mat guest rooms, tokonoma (traditional Japanese alcoves), fusuma (sliding doors) and shoji (paper screen doors). Additionally, it is notable for its ojohdan, a room with a raised floor where high status men – usually samurai – stayed. These rooms are also distinguished by their high ceilings in order for samurai to freely unsheathe their swords in a crisis. This room is proof of the ‘hierarchy of samurai’ that existed during the Edo period. On top of this, Kurosawa-san will show Sekizenkan’s collection of “foreign tourist documents”. Until the second half of the Meiji era, foreign members living in Japan were not able to travel freely in Japan. These documents often ask for ‘reason of travel’. Sekizenkan still kept many ‘foreign tourist documents’ from Chinese, British and Korean foreigners with byouki-yojo, “cure diseases” as their reason of travel.

The second oldest building, the Sanso (山荘) building, was created in 1936. This building will intrigue you with ornaments created by masterful workmen of the time. Much loved by its guests, one of which was the notable Hayao Miyazaki, the Sanso building is surrounding by vibrant scenery and luscious gardens ready to be explored.

The Kashotei (佳松亭) building is the newest building and resides within the serene pine forests high above the other buildings. Strongly influenced by traditional Japanese elements, this building is nothing short of luxurious with its spacious rooms and views of the morning mist hugging the mountains.

Sekizenkan provides their guests with spring water that is believed to possess healing properties derived from its rich mineral content and is often referred to as “the cure for 40,000 illnesses”. For centuries, Japanese people of all social statuses – rich, poor, young and old – actively sought onsen at Sekizenkan for Toji (湯治), the Japanese word to describe cure by spring water. As you bathe yourself in the onsen, you can’t help but ponder about all the guests Sekizenkan Ryokan has seen over the past 300 years. Except between the hours of 1am – 5 am, you are free to soak in Sekizenkan's onsens as often as you wish.

All meals are traditional Japanese cuisine made from local products. Each building has different meal options provided. Guests of the main building will be treated with breakfast and dinner bento boxes to be eaten at the dining hall or in the room. Guests of the Kashotei and the Sanso buildings' meal plan includes a lounge breakfast in the Syoujyo area. The Kashotei dinner includes a nakai (a Japanese waitress) who brings multi-course authentic Japanese meals (Kaiseki) to the comfort of your own room. The Sanso dinner also includes the Kaiseki meal served in the Syoujyo lounge area. I found each dish looks absolutely delectable. The nakai and I had a blast as she taught me the proper way of eating each dish. Once I had completed my meal, I had a deeper appreciation of Japanese cuisine. If you decide to stay at Sekizenkan, try not to pass up this opportunity of experiencing a Japanese multi-course meal.

Despite its remoteness, getting to Sekizenkan Ryokan is really easy. Many trains from Tokyo and Ueno stop at Nakanojo Station. The line I took was the New Kusatsu Limited Express from Ueno Station that took a little over 2 hours. Additionally, Nakanojo Station offers convenient buses that will arrive at Sekizenkan Ryokan in 40 minutes. There is also a direct bus from Tokyo to Shima Onsen which takes approximately 5 hours. More travel information can be found on the website. I strongly recommend that you stay a few nights to live the genuine Edo-period onsen experience. Although you no longer need to present Sekizenkan with a foreign tourist document stating ‘cure diseases’ as reason of travel, Sekizenkan, with its long history of playing host to foreign visitors and upper-class men has plenty of experience of treating guests with great hospitality. 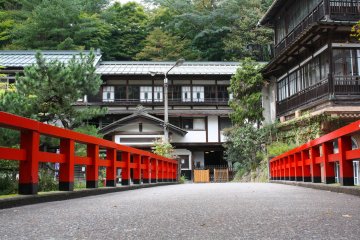 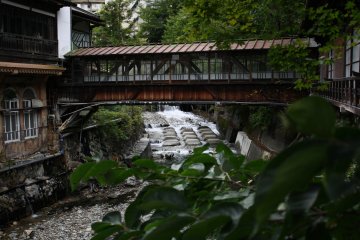 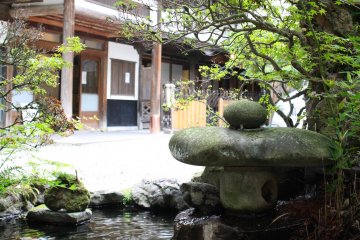 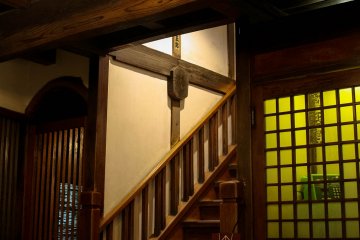 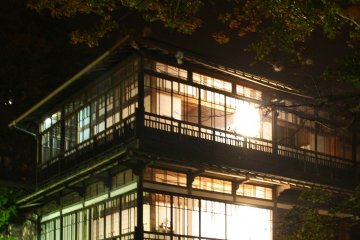 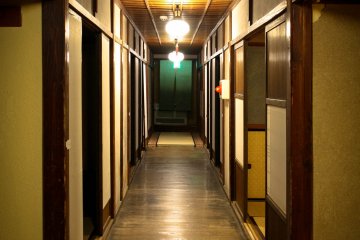 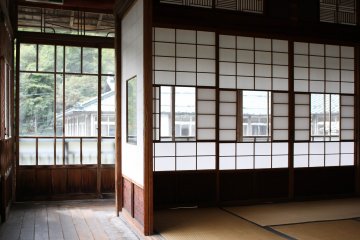 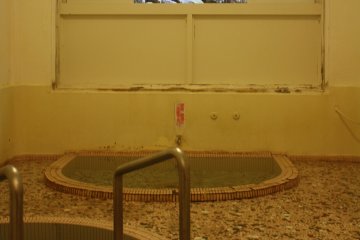 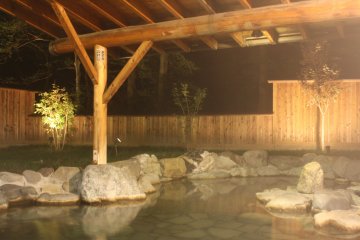 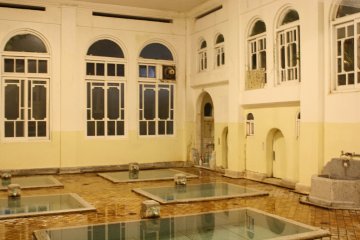 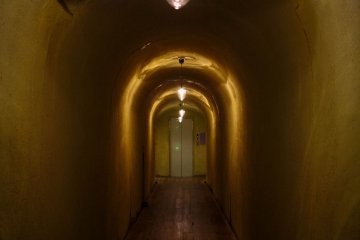 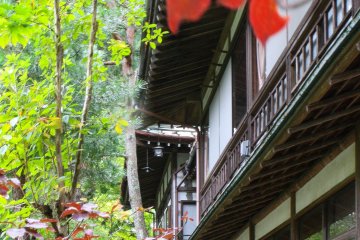 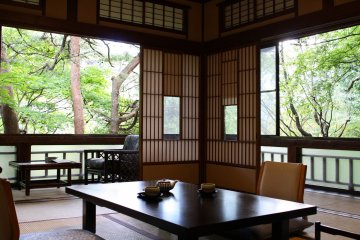 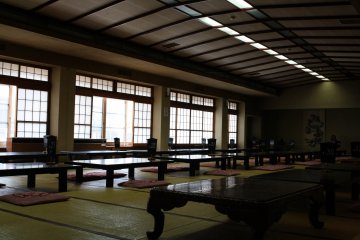 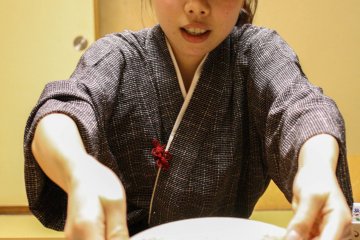 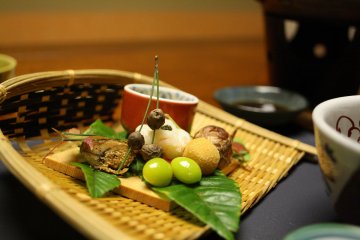 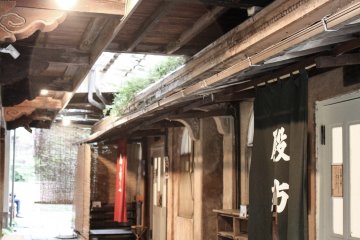 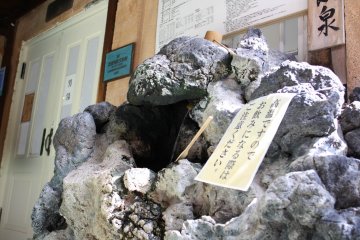 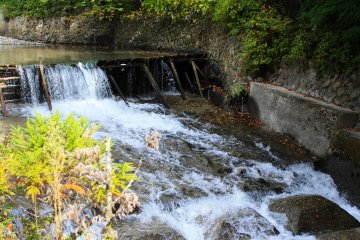 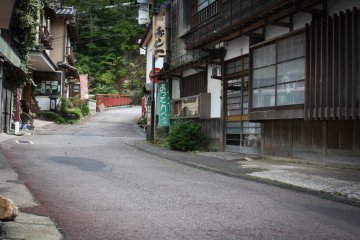