In fiscal year 2014 the number of tourists visiting Yamagata Prefecture surged 12.4% from the previous year, peaking at 4,517,000 according to the prefecture's tourism survey. Thanks to the results of a very successful prefecture destination campaign from June to September, the 4.5 million tourist goal was easily completed. Tourists traveling within Yamagata Prefecture increased 15.4% to 2,545,000. This number could be misleading as the prefecture's entire population is less than 2 million. Basically, it means tourists are counted multiple times when they travel and, overall, people are traveling more around their prefecture. There is also an 8.9% increase of visitors from outisde the prefecture for a total of 1,971,000. That number includes visitors from abroad and those living in other prefectures in Japan.

The higher than expected numbers hide the fact that 2014 was a difficult year for Yamagata tourism. Unfavorable summertime weather conditions resulted in a 22% decrease in beach attendance compared to 2013. Furthermore a significant number of ski enthusiasts and hot spring lovers, a total of 10% from the previous year, avoided the famous Zao Mountain Range as its volcano was at risk of erupting for several weeks. 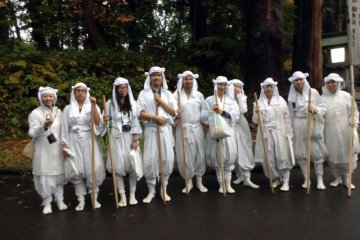