The Charms of Kichijoji

Including a lake, some history, and tomato ramen

'The place most people want to live in.' This is how surveys have apparently ranked Kichijoji, a town just a short train ride on the Chuo Line from Tokyo. My visit there showed me why. The town has enough charms to please many. At its center there is a nature haven of trees and water, then in the town itself there is an upmarket department store straddling both sides of the main street, with a crisscrossing of shopping alleys and covered arcades. I actually knew little about the place except for its recommended lakeside walk, so I expected a sleepy hollow lakeside hamlet. I found instead bouncing and bustling crowds spilling out at the station and filling up the sidewalks. I found out later Kichijoji beats to the vibe of a youth-oriented culture, with at least six universities. Japan’s Prime Minister, Shinzō Abe is a distinguished alumnus from one of them, Seikei University.

A sure charm for me was the lakeside walk. The path around was short, but you could continue walking on in any direction. I noticed a few openings radiating outwards towards houses and small streets. There were two paths, actually, one just by the lake, the other a grand tree trail. The lake was also lined with old gnarled trees draped over the water. The lake, beautiful as it was, sparkling in the sunlight, sort of played second fiddle to the abundance of trees all round it.

Part of Kichijoji’s charm, apart from its lovely lake walk, must come from the air of history that hangs around its streets. Kichijoji has existed since the 17th century. Kichijoji means “a lucky prophecy,” or Temple of Auspicious Omens. This may be confusing because there is no such temple now. Some reports have the original temple existing in the Edo Era. This burnt down, and the daimyos wanted the land back. The original tenants trotted off nearby carrying the name of the temple for the town they built up. Set by the lakeside, where you could almost miss it hidden by weeping willows, is a tiny lacquered Shinto shrine, supposedly dedicated to a Japanese Buddhist goddess, Benzaiten.

I also found charming the historical family-run shops, such as the rice cracker shop, where I could hear the fresh crackers popping out from the machine at the back. The fragrance was hunger-inducing. And then I found tomato ramen on the main street opposite the station. This unique dish solved my dilemma of whether to eat Japanese or Italian. It gave me both. Tomato ramen is Japanese ramen made from soy flour in a rich broth of fresh tomatoes simmered several hours with lean chicken, and enough Italian spices to maximize all the varied flavors. I have never before seen this dish in all my travels in Japan. Now I prepare it at home, and remember the charms of Kichijoji. 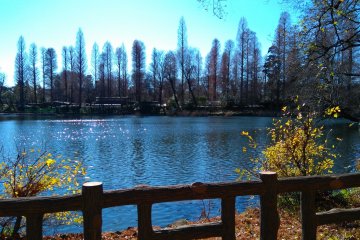 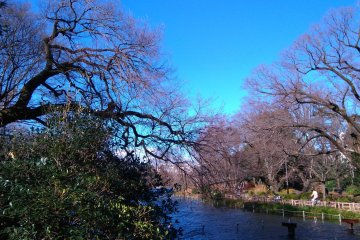 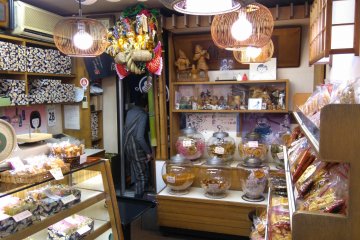 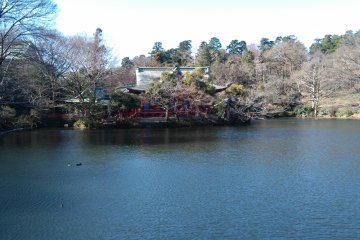 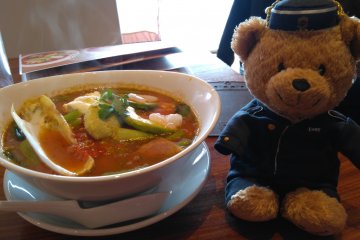