The Chiba Shrine is proof that incredible beauty can be found even among the lesser known of Japan’s shrines. Without much fanfare in terms of tourist fame, this Shinto shrine tucked into Chiba City has a gorgeous structure and natural surroundings, and is a must-see for people in the area.

This shrine is in a very urban area, located near the city square area of Chiba City, which includes a park and the Chiba Central Arch. But setting foot inside its premises makes you forget all about the concrete and tall buildings that are just a stone’s throw away.

The shrine buildings themselves are painted a brilliant orange, which is not unusual among Shinto shrines, but here is done in a way that makes the surroundings seem peaceful, not radiant. The central building welcomes visitors on two stories, and the view from the top floor is gorgeous. The main gates are elaborate and intricate, and feature a beautiful tribute to the twelve animals that are represented on the traditional calendar.

The best feature of the shrine, however, is the picturesque gardens around it which are among the most beautiful even when compared to the major, famous shrines and temples of Japan. Winding paths lead through incredible Japanese style landscaping flourishing on either side. Orange bridges lead over koi-filled ponds, while smaller shrine buildings of beautiful architectural design are sprinkled throughout the area. I walked the route through the gardens three times on my first visit to Chiba Shrine, and still I wasn’t ready to leave it. The view is particularly beautiful during the colored leaf-season of autumn.

The shrine is dedicated to the Shinto deity Myoken, a bodhisattva (bosatsu) who is the personification of Polaris, the North Star. That star and the Big Dipper, the constellation that includes the North Star, are featured prominently in the shrine’s motif. Myoken is believed to offer protection from bad luck and bodily harm.

There are several festivals held at Chiba Shrine each year. The Myoken Taisai Festival has been held from August 16 – 22 every single year since 1127. The festival features the carrying of portable shrines (mikoshi) through the city before finally returning to the Chiba Shrine, led by the rhythm of a giant taiko drum, whose sound (verbalized as “daran-daran” in Japanese) is the origin for the festival’s nickname, the Daradara Festival. The Chiba Shrine also holds a notable festival each year on the holiday of Setsubun, which is held in early February.

The Chiba Shrine is free to enter. It is about a 13 minute walk from the East Exit of JR Chiba Station. When you exit, walk on the left hand side down the main, wide road leading away from station. At the Mitsukoshi Department Store the road bends to the right, but you should take the road leading to the left instead, which leads under the Chiba Central Arch. Pass a city square and then a park area, and the shrine is on your left side. There are sightseeing guide signs posted frequently on the sidewalk that are written in English as well as Japanese, and will point the way. 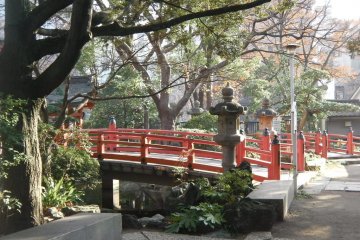 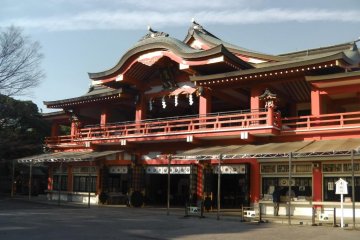 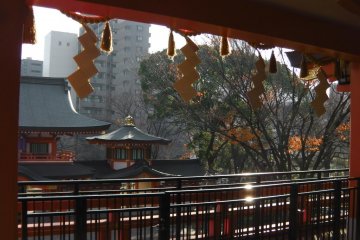 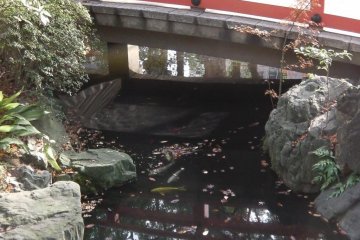 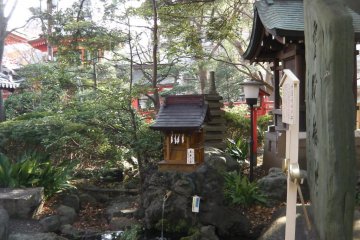 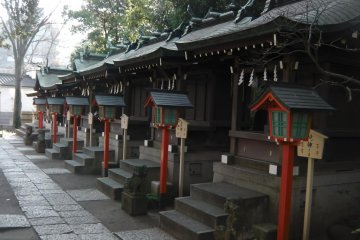 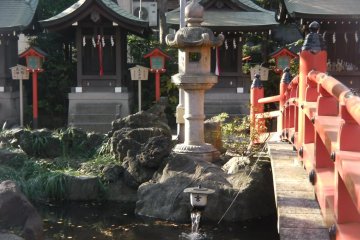 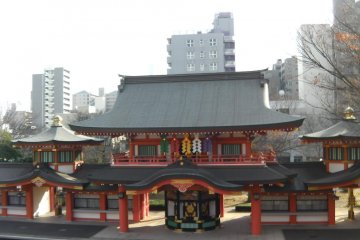 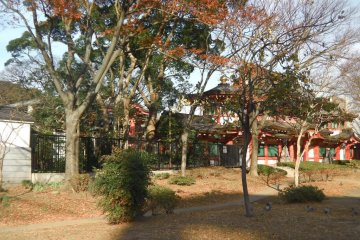 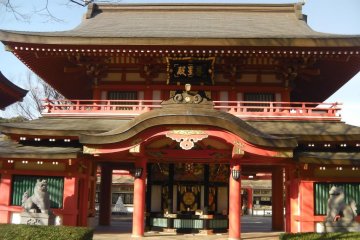 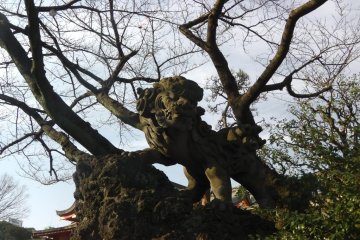 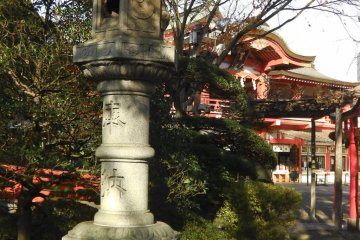