Tateyama City on the southern end of the Boso Peninsula is known for its bountiful fisheries and flower and fruit cultivation. It’s also a great holiday destination only two hours away from central Tokyo. In Tateyama, visitors can enjoy local seafood, splash around on the beaches, and take in some local historical attractions. One of the most striking is Daifukuji, a temple with a descriptive nickname, Gakke Kannon.

Daifuku-Ji is also known as Gakke Kannon or cliff-clinging Kannon. The main hall built into the face of Funagata (Boat-shaped) Mountain is dedicated to the image of Kannon Bodhisattva, the merciful incarnation of the Buddha. It’s a startling sight mounted high up on the cliff face, with the symmetrical eves of the hall contrasting with the curves of striated rock and the whole structure supported on vermillion-painted pillars.

The temple has experienced a lot of changes since it was founded in the 8th century. The story goes that the itinerant Buddhist priest Gyoki created a statue of Kannon as a protective figure for fishermen, and later the Tendai Buddhist sage Ennin constructed a hall for the Kannon figure. Somewhere in its long history, Gakke Kannon became a Shingon Buddhist temple as it is today. Over centuries, the temple has been battered by typhoons, the Great Kanto Earthquake, and humid semi-tropical winds that buffet the southern part of the Boso Peninsula.

Maintaining the temple is a big undertaking, and in 2015, the structure underwent a seismic upgrade and the vermillion pillars and roofing were restored. Every day, to protect the interior of the temple, the priests and parishioners climb the stairs and open the shutters to air out the sanctuary. And there are some treasures to look after - Chiba Prefecture’s oldest stone carving of a Buddhist figure, the wooden structure itself, and a ceiling of roundels depicting local flora and fauna painted by parishioners. Visitors can stand on the veranda overlooking Tateyama City and gaze out at Tokyo Bay while catching the sea breeze. 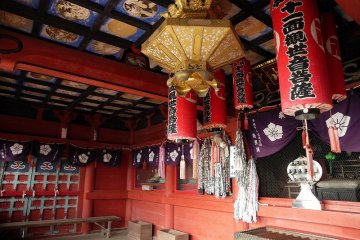 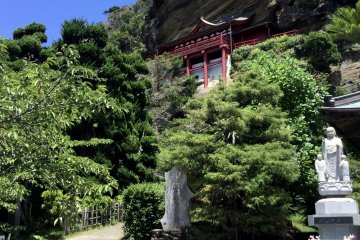 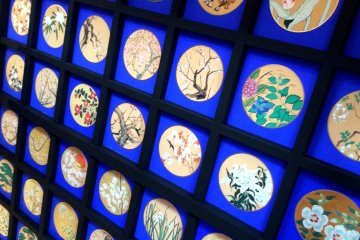 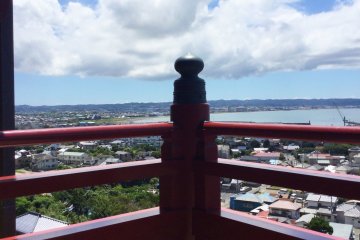