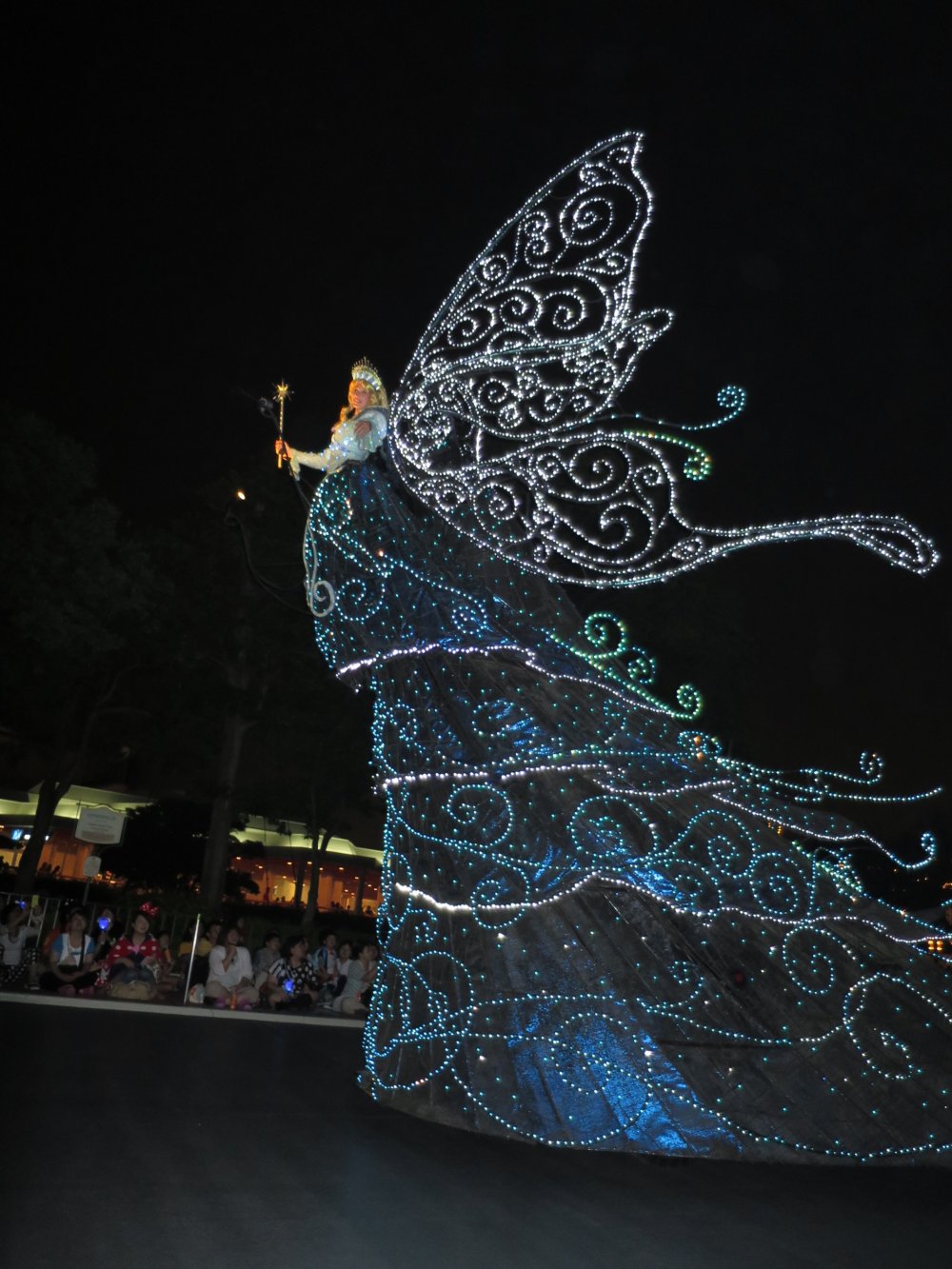 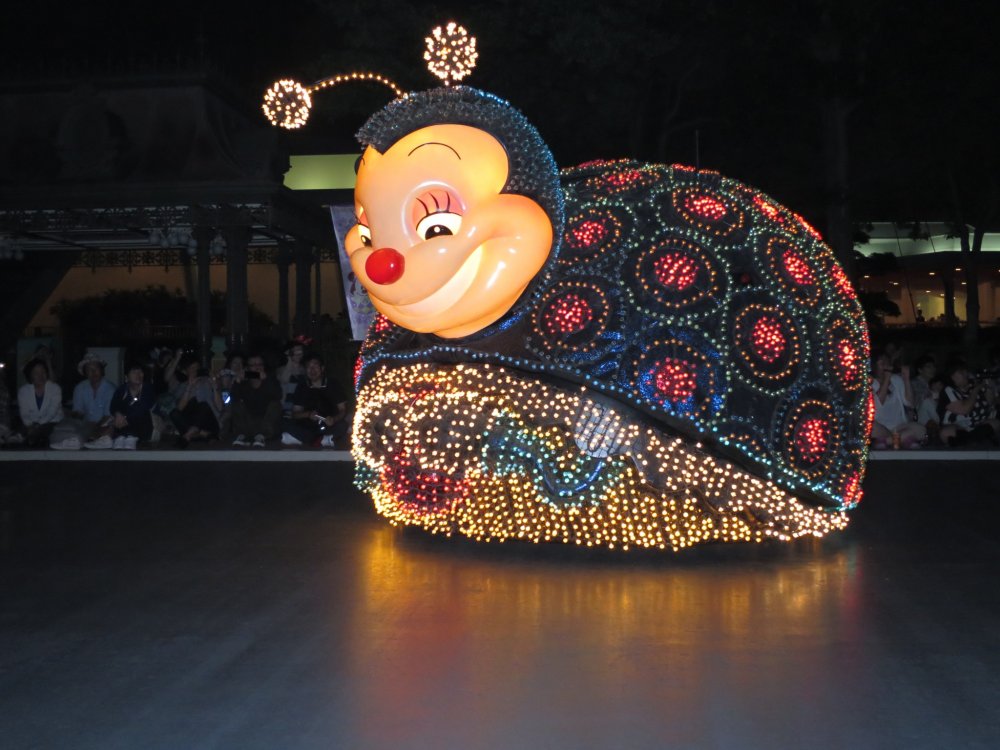 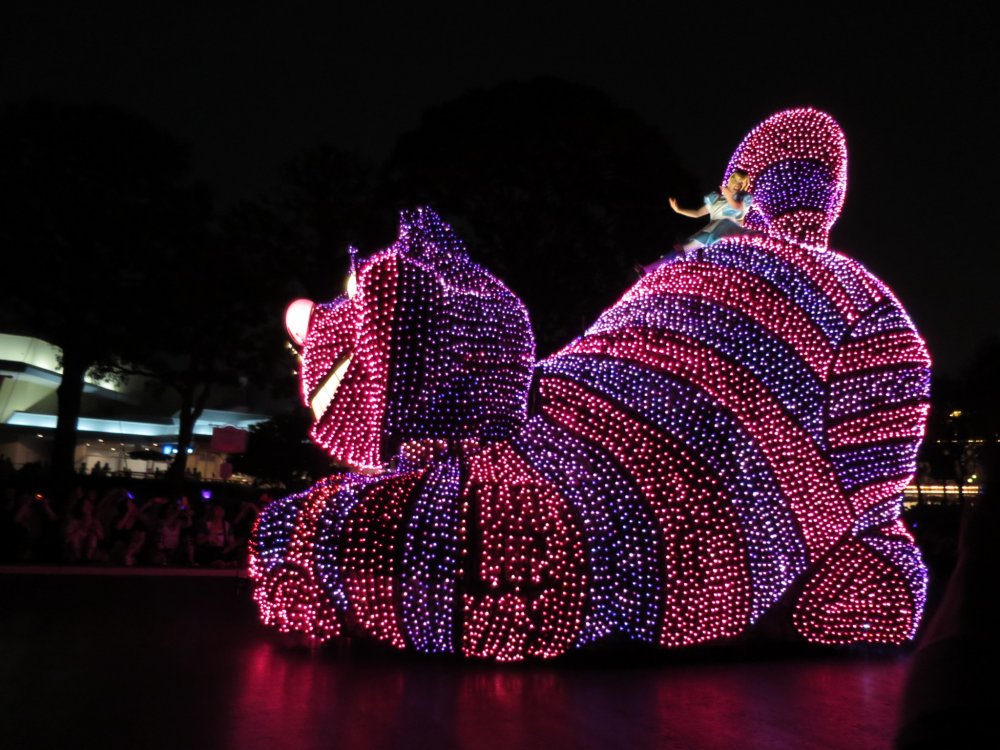 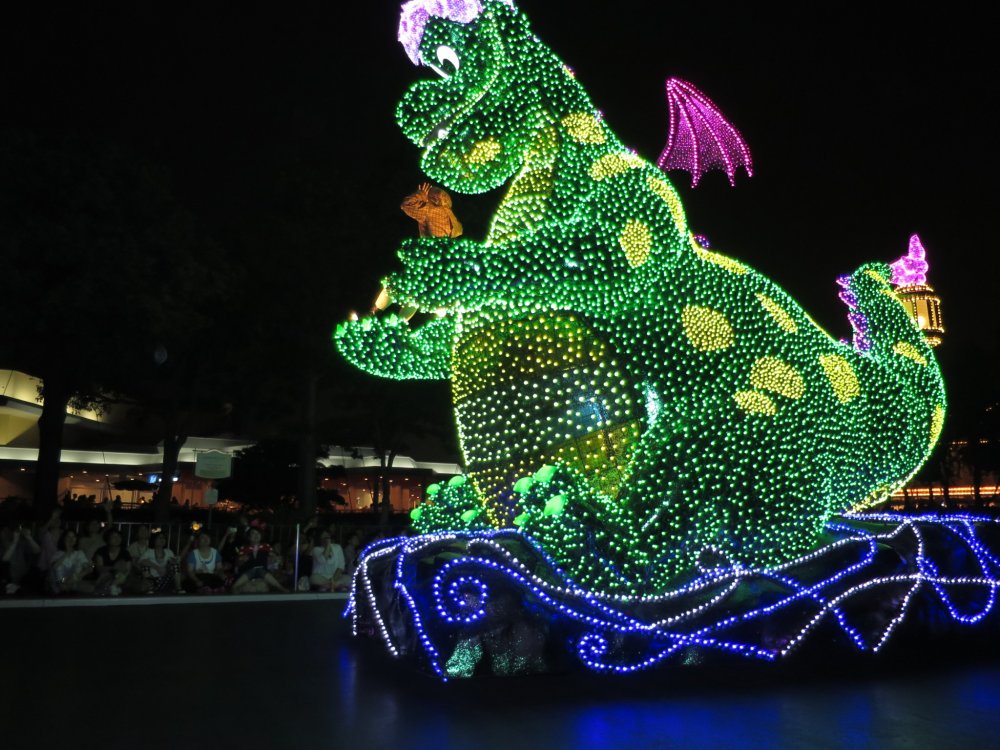 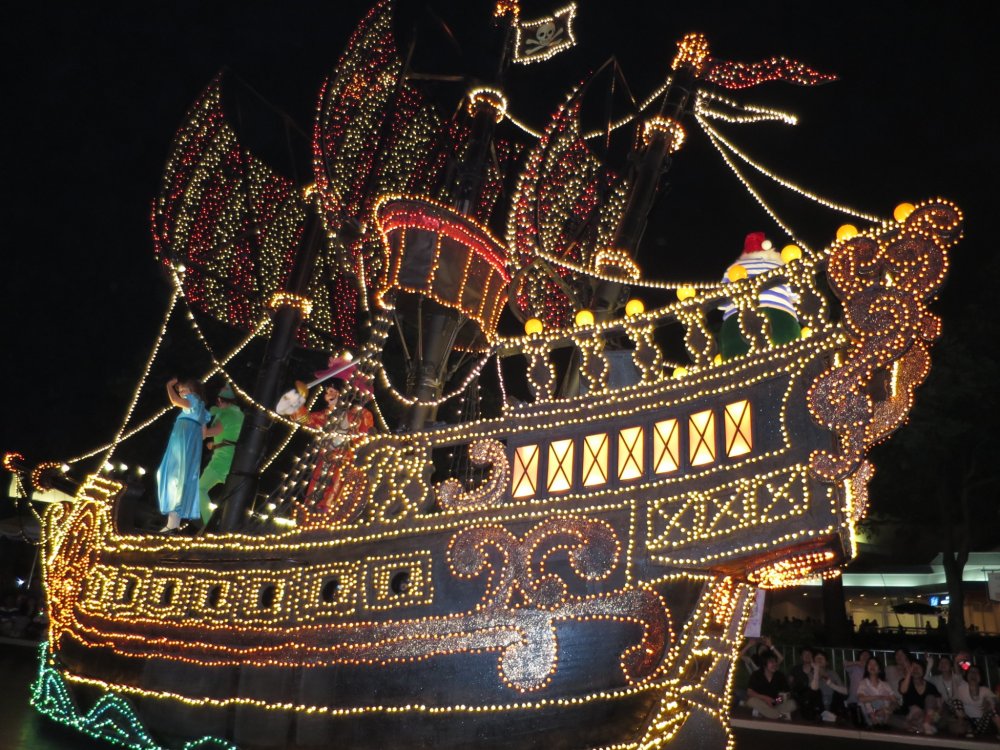 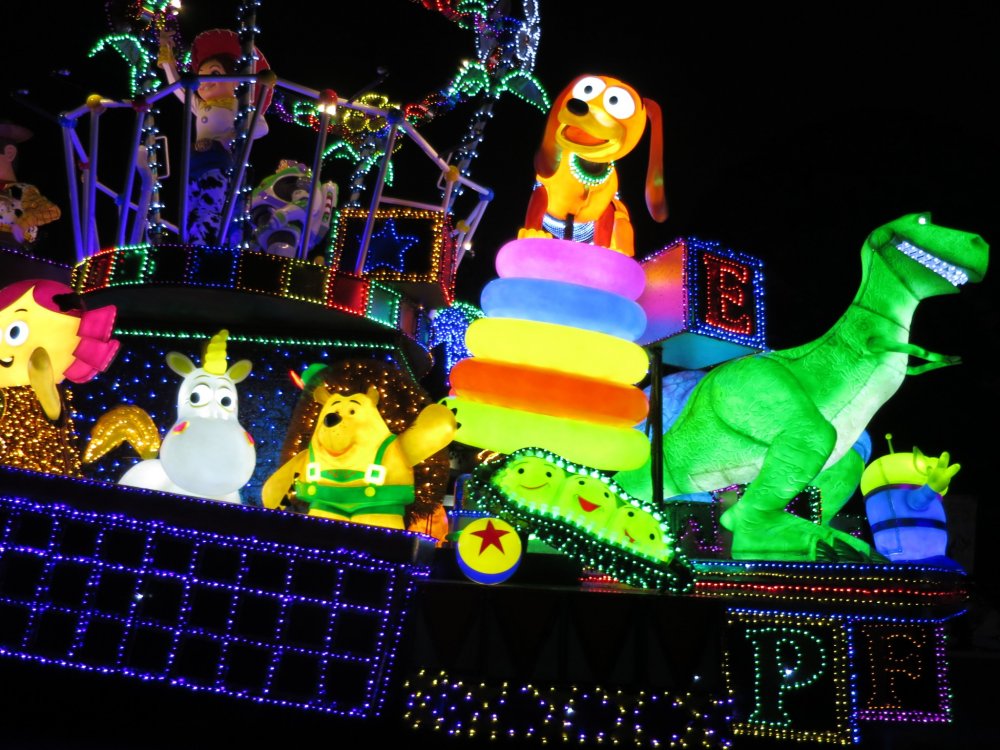 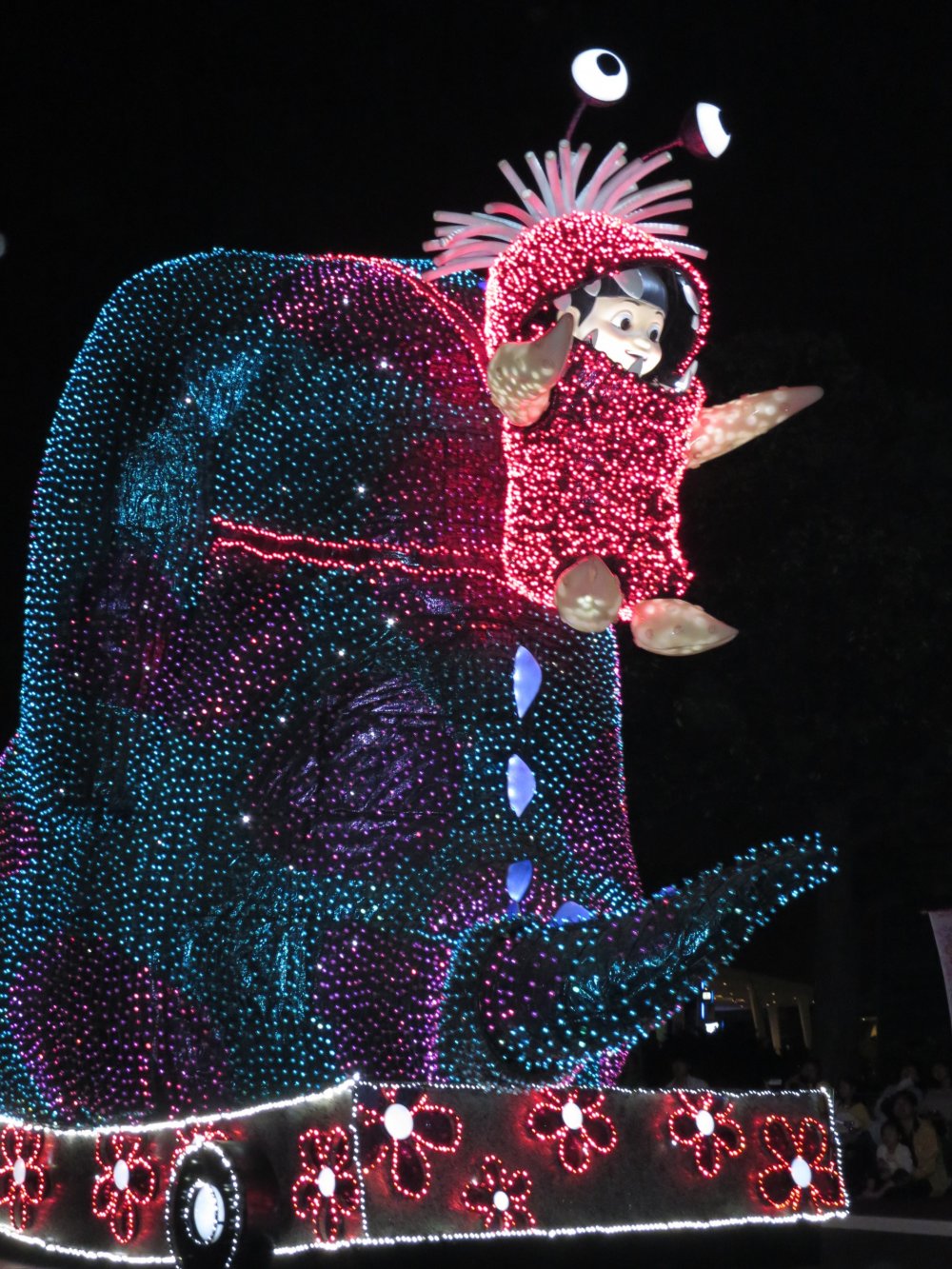 Tokyo Disneyland's Electrical Parade: Boo on the back of Sully 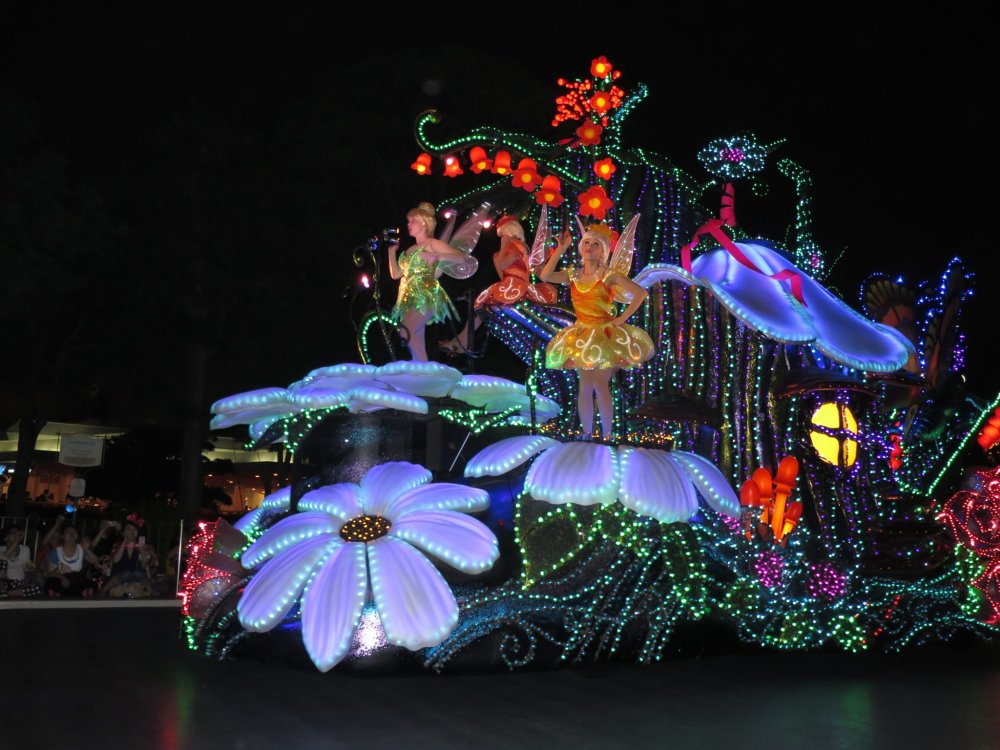 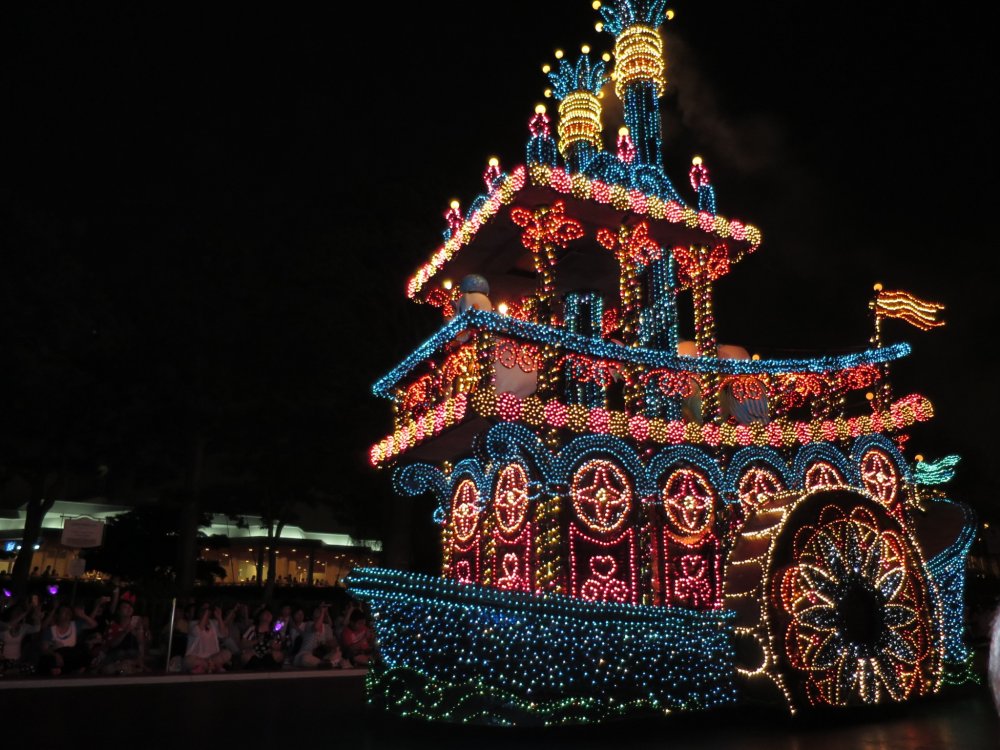 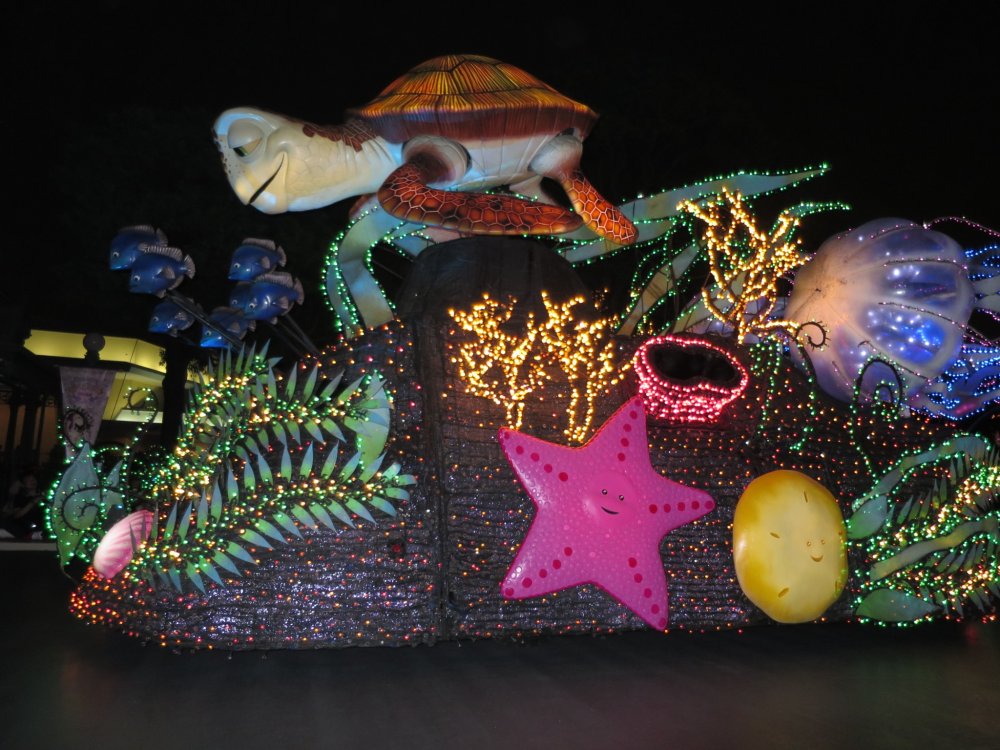 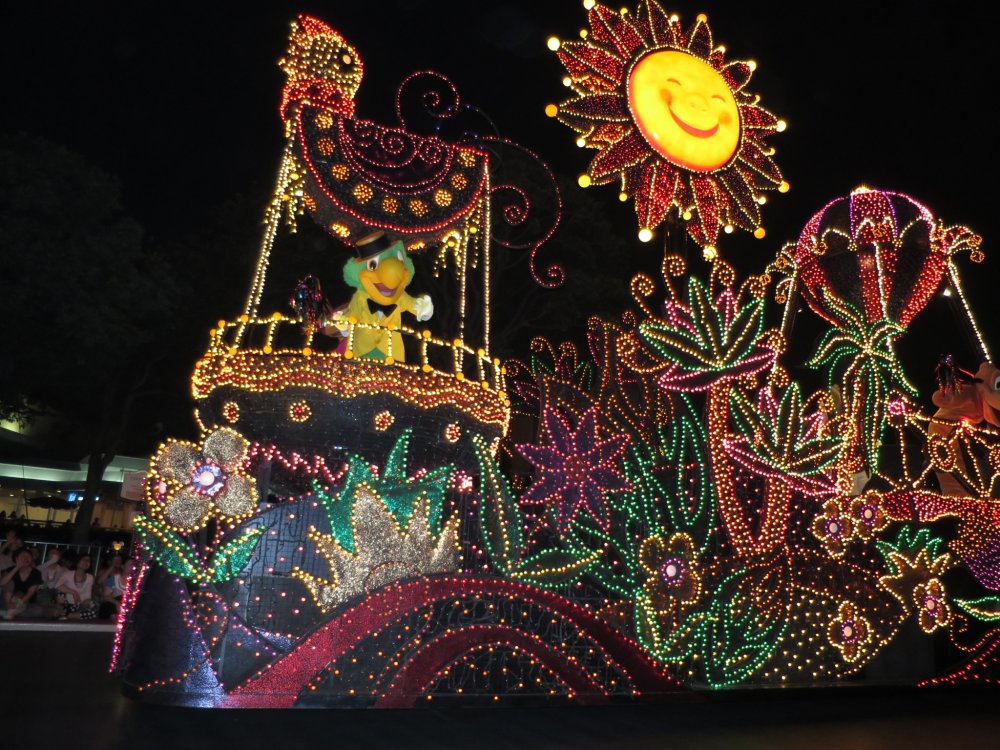 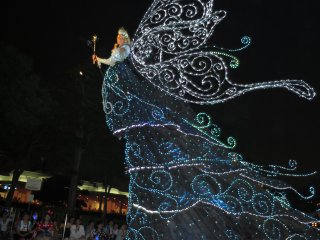 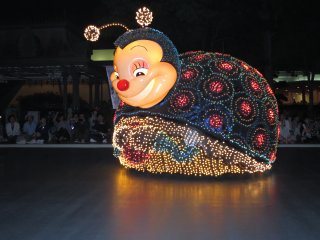 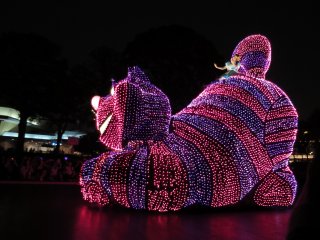 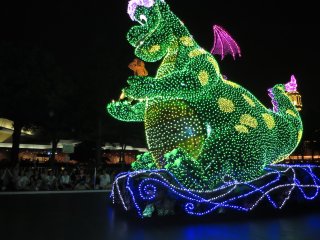 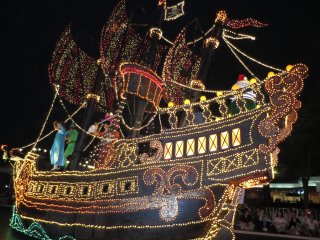 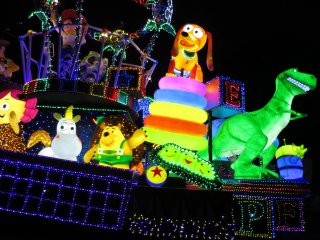 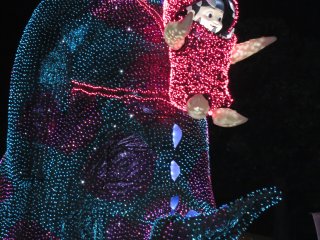 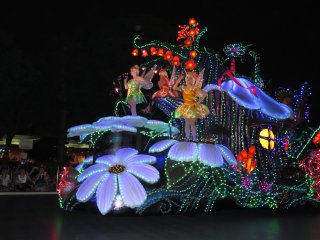 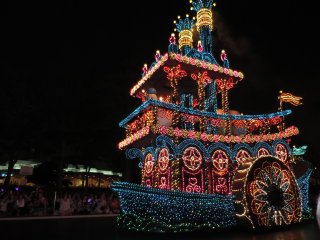 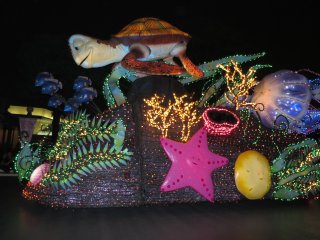 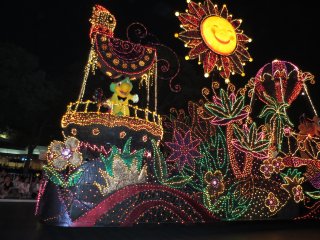 The highlight of the night program at Tokyo Disneyland is the 'Tokyo Electrical Parade Dreamlights' that gives us millions of dramas and dreams. This parade, started in 2001, has been redesigned twice, once in 2007 and once in 2011, and  is going to be redone again in July, 2015.  The new characters to be added will be Flynn Rider and longhaired Rapunzel from the Brothers Grimm.

The electrical parade with  25 floats, along with many other small gadgets like Ms. Ladybug, are all taken from familiar stories for people of any age all over the world.  Come and enjoy the world of fantasy!

Find out more about Tokyo Disneyland.