The east meets west home of a Japanese historian

On your way from Narita Airport to Tokyo, there a number of routes you can choose. One of them, the Narita Line, has through service to Ueno and Tokyo Stations. But if you’re interested in a slow route, one that takes you to the turn of the last century, I suggest a stop in Abiko City. One hundred years ago, this quiet suburb was a hothouse for writers, artists, journalists, and educators. A hint of Abiko City’s heyday as a literary mecca remains in the form of summer villas, some of which are open to the public. One is the Murakawa Villa, a lovely combination of the classic teahouse and early 20th-century sensibility.

The Murakawa family residence, a nationally recognized historical property in Tokyo’s Bunkyo Ward, is a private house only open to the public by appointment during special events, but the Murakawa Villa in Abiko City is open with free admission. This villa, with two distinctive buildings, was constructed in 1926, and, like the main Tokyo house, is designated as a cultural heritage property.

Murakawa’s impulse in the planning of the villa was to create a space that turned conventional shelter on its head. In Japanese, the usual concept of the necessities of life is expressed as ishokujuu, a compound of the characters for food, clothing, and shelter. He turned the expression around by indicating shelter first.

The results are two charming buildings. One is a classic study in teahouse architecture, with attention to fine details in the hardware and tokonoma display space where visitors can see seasonal displays of calligraphy and utensils. The other is the newer villa which has a sweeping gable in the Japanese style, parquet floors, and turn of the last century woodwork and hardware. The villa rambles over the hillside above Teganuma marsh, nestled in a bamboo grove. 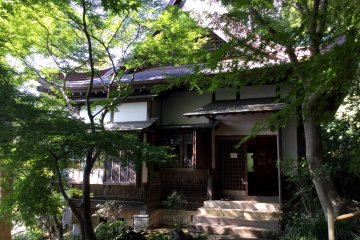 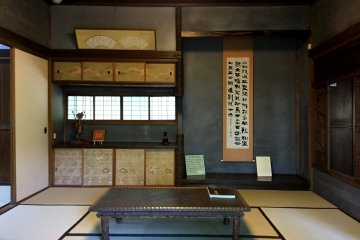 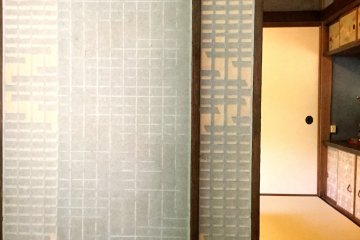 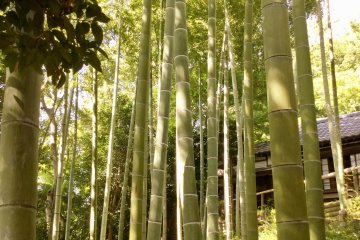 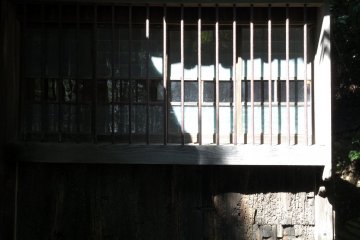