Sip tea and recite haiku with Issa and Soju

School teachers all over the world often put their pupils to task writing haiku. Sometimes the simplest and briefest expression is the most elegant and pithy. The tradition of haiku writing brings to mind poets and wanderers such as Bassho and Buson, both translated into world languages. They represent the high art of haiku. However, another haiku poet traveled and observed the world around him, capturing in a few syllables the joys, sorrows, and sometimes the mundane and even the gritty and dirty. One of his haunts in the greater Tokyo area is now the Issa-Soju Memorial Hall in Nagareyama City.

Issa Kobayashi, born in 1763, was sent off to Edo to earn a living after his grandmother died, and his father remarried. It was probably during his sojourn in the capital that he came to frequently visit and correspond with the mirin brewer and haiku poet Akimoto Sanzaenon, known by his pen name Soju.

The house itself, built in the middle of the 19th century, has three spacious rooms and a veranda that runs the whole span of the south side of the building and looks onto a karasansui, or dry landscape garden. Visitors can relax on the veranda and, for ¥300, sip a cup of tea (sakura tea, houji tea, and matcha au lait are on the menu), and recite haiku. One resource I recommend is the website of David G. Lanoue, The Haiku Guy, a translator and literature professor who has translated thousands of Issa’s haiku. On your mobile device, search for seasonal words and themes, or simply ask for a random haiku.

Throughout the year, the hall hosts various events, including tea ceremony in the garden once a month, seasonal festivals, and an open invitation to residents and visitors to write haiku which the hall collects in an anthology. Languages other than Japanese have been accepted before.

The neighboring atelier is worth a visit, too, to see the work of two local artists, and perhaps catch an exhibit of crafts by local people. 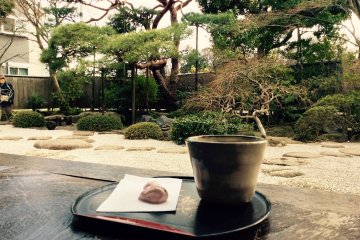 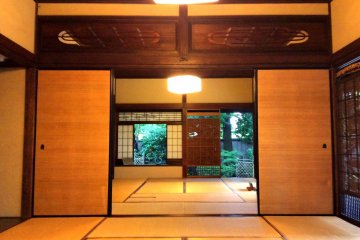 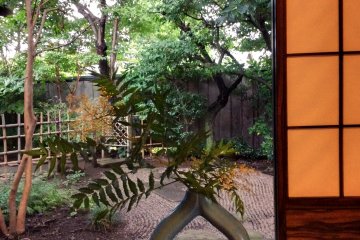 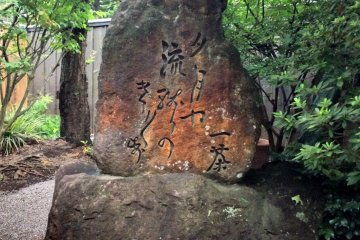