Long time ago premium economy was economy dressed up as business. You know what I mean: Bigger seats with economy meals. That was the JAL approach and Jetstar as well. Food that looked obviously mass produced, reheated on foil trays. Jetstar's version was called Star Class but the offering at the pointy end of the plane today is almost unrecognisable. Crockery and stainless steel cutlery instead of foil trays. It may seem petty to quibble over crockery but if you felt and heard the unmistakable sound of a toast with the clang of crystal or even a glass bottle of beer you would know what I mean. You get all this as well as food that wouldn't be out of place in business class. Actually it is now called business class.

The lunch menu strikes a fine balance between comfort and fine dining. Tomatoes pickled on a mini pancake like pike let for example, or slow cooked beef that needs no salt or pepper to create a taste sensation on a bed of mashed potatoes and mushrooms and Bolognese like sauce like your mother used to make, with even enough fat on the side to take you away to memories of a long Sunday lunch in the country, until you are shot back to reality by the sense that the flight attendant is hovering past you wondering if you have finished your meal like all the other passengers. They have a schedule to adhere to you know. However you would think that with a 9 hour flight there is no rush to take away the plates, especially in business class.On the other hand, I can cuddle up with a glass of wine for as long as I like, and varieties such as the award winning Pinot Gris makes the rushing easier to digest.

The afternoon snack on the other hand is straight out of a hipster bar. Pulled pork mini burgers with a sweet and savoury twang from the goodness of pickled beetroot and the intoxicating mix of hot coleslaw and rich barbecue sauce will have you singing with joy from Carlton to Chelsea. All you need is a good craft beer. The Perroni Nastro Azzurro on offer is a worthy contender, but who drinks Victoria Bitter these days?A touch of theatre is created as the dessert trolley is wheeled out. The passionfruit panna cotta is too sweet for me but the cheese plate is a sophisticated touch. Bailey’s Irish liqueur, served since the birth of this airline makes its presence known along with Port wine and Muscadelle.

If the extensively list of movies don't grab you, you can always play with the window dimmer making the Coral Sea look impossibly blue like the Osaka aquarium or the DreamWorks signature trailer with the boy fishing from the moon. Looking from afar the blue windows look like a submarine, so quiet and effortless is this Boeing 787 Dreamliner service from Australia. Jetstar has configured business class is in a 2-3-2 layout, two seats short of the 3-3-3 configuration on economy class. It makes a world of difference. When it comes to seat size and pitch, it is almost identical to premium economy. So no wonder Jetstar's business class can also be ticketed in premium economy on Japan airlines. It may not be the best business class in the world, but it is pretty good for premium economy. What other airlines serve business class food for at premium economy prices, and you get to sit in row 1? 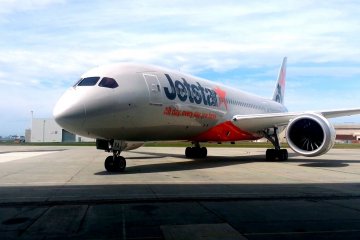 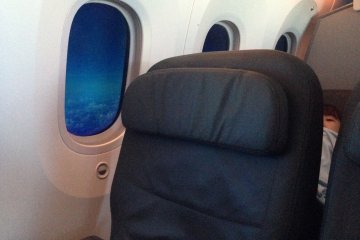 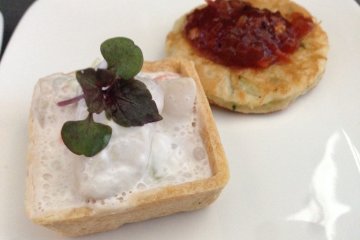 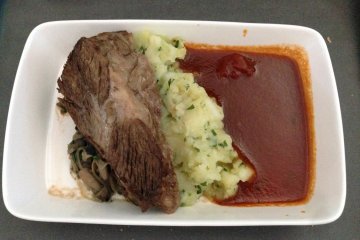 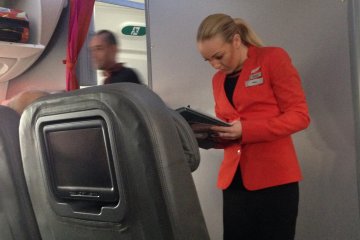 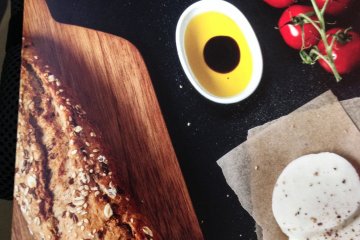 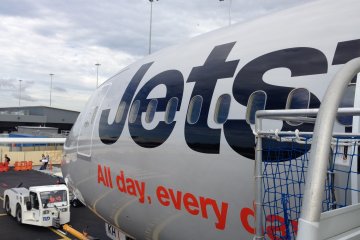 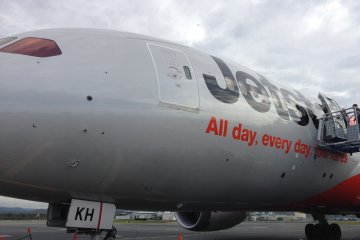