A Trip Back in Time

Experience a little Showa and Meiji nostalgia in Ozu

Ozu is sometimes referred to as “Little Kyoto in Iyo”, although Kyoto and Ozu are very different. Ozu is a very compact town, with many attractive historic buildings packed into a small area that you can easily explore in a day. A stroll around this peaceful town is a good way to experience “Old Japan”.

Pokopen Yokocho (ポコペン横丁) is a little complex of alleys and a square designed to replicate the nostalgic atmosphere of Japan’s post-war boom years in the 1960s, otherwise known as the Showa period. At the various stalls you can enjoy the entertainments and pastimes that used to keep Japanese children absorbed until dusk. Light meals are also served.

As if Pokopen Yokocho wasn’t enough Showa era nostalgia, there’s also the Omoide Sōko (思い出倉庫, Storehouse of Memories), a restored warehouse full of mementos from the period, with complete recreations of old shops and a typical home.

Open 10:00 to 15:30
Held every Sunday from April to November, and every 3rd Sunday from December to March
Admission free (Omoide Sōko 200 yen)

The Ozu Akarengakan (赤煉瓦間) was built in 1901 as a commercial bank with investment by local residents. It uses English red-brick construction with a Japanese style roof, and its half Western and half Japanese appearance is quite rare. Now it’s open to the public as a gallery, souvenir shop, museum and a place to rest. Feel free to wander in and have a look around.

Garyu Sanso (臥龍山荘) is a picturesque villa built on the one of the most scenic bends of the Hijikawa River, known as a recreation spot of successive feudal lords.

Torajiro Kochi, a local trader, built Garyu Sanso at the end of the Meiji period. He consulted the carpenter Torao Nakano about realizing his ideal villa, and Nakano invited craftsmen from Kyoto to construct the building.

It took 4 years to build the main building Garyuin, which references several architectural styles with long and distinguished histories. Much ingenuity was applied in the construction and decoration, and if you look carefully, you can find many fascinating details.

The extensive gardens have a couple of other buildings, Chishian, a bath house that was converted into a tea room, and Furoan, a little rustic hut built on stilts above the river for viewing the moon. This is a great spot to indulge in that particular mood of elegant rustic contemplation cultivated by the Japanese of earlier times.

Garyu Sanso was awarded one star in the Michelin Green Guide Japan in 2011. 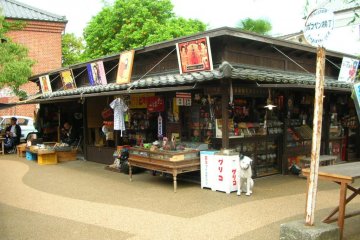 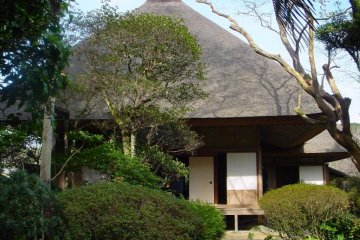 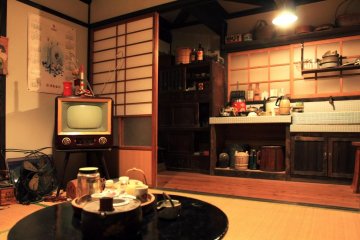 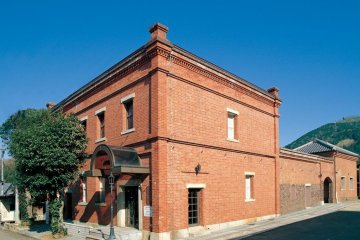