Lots to see and do all year round

Close to the Dogo Onsen Honkan and Dogo Station is Dogo Park, which is largely taken up with a fairly imposing hill. Not surprisingly perhaps, this is the site of an old fortification, the long-vanished Yuzuki Castle.

Dogo Park is almost perfect. Not too big, you can walk around it, or over it, in fifteen minutes. It has flat bits and a hill, places to play and places to sit, flower beds and vistas, and history, natural and human. The park is also full of cherry trees, which are quite inconspicuous for most of the year, but in springtime, they present a fantastic sight, forming a pink ring around the central hill. In spring, the blossoms attract bees, and vast numbers of people who come to party after the winter cold.

The park has lots to see and do. It has a grassy area where ball games are permitted. This overlooks an area for kids with a good selection of funables like slides and swings. The hill has various paths up it, dotted with shrines and viewing platforms. Many of the trees are labeled by type, for those with an interest in flora. The observation platform at the top offers a magnificent panoramic view of Matsuyama, the castle, and the Seto Inland Sea. Part of the castle moat remains, and it’s full of lilies, bullfrogs and turtles. There are also kingfishers which attract photographers and bird watchers. And there’s an old stone fountainhead from Dogo Onsen, dating from the Nara Period (8th Century).

Dogo Park was once Yuzuki Castle, the medieval residence of Shugo Kono in what used to be Iyo Province. There’s nothing that resembles a castle anymore, but there’s a well-made replica of a samurai compound, and a very good little museum. Look for the plate with the cat’s paw-print on it. Hundreds of years later, you can share the amusement of the plate maker who decided to fire this ‘spoiled’ article anyway.

The park is close to many other attractions, but it’s well worth a visit in itself, if only to see the people of Matsuyama taking their leisure in a little local oasis. If you fancy a picnic in the park, the nearby Fuji supermarket just south of the park sells everything required. If you come by car, the large free car park behind Isaniwa Shrine is a good option, but there's also paid car parking in front of the park. 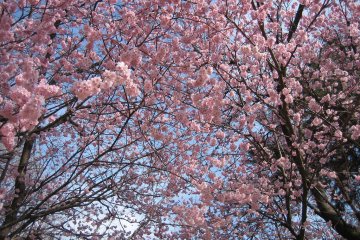 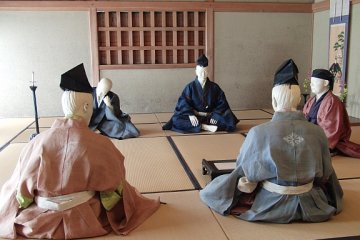 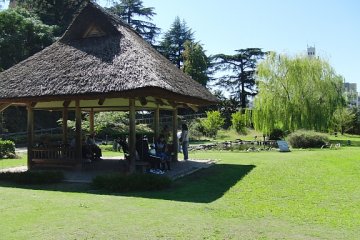 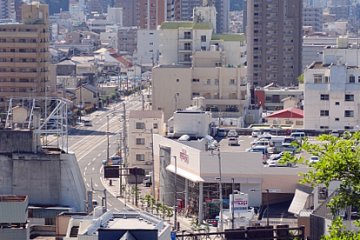 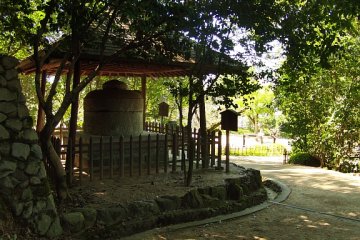