Futami Beach and Michi no Eki

Route 378 runs along the Seto Inland Sea, passing through Iyo, Futami and Nagahama. It’s a popular road with drivers, motorbike riders, and cyclists alike, offering expansive views out over the sea on one side, and steep mountain ridges on the other. Probably the chief aim of most visitors at the weekend is the beach and Michi no Eki at Futami.

Once an independent village, Futami was recently incorporated into the ‘city’ of Iyo, although there isn’t anything that resembles a city here. Futami has a very rural feel, with nothing more than a few houses, a magnificent hillside Shinto shrine, a beach, and the Michi no Eki, or Road Station.

Road Stations are government-designated rest areas found along roads and highways in Japan. Besides providing places for travelers to rest, they’re also intended to promote local tourism and trade. Shops sell local produce, snacks, souvenirs, and other goods. At Futami, most of the produce is related to the sea—fish and seaweed in myriad forms. There’s a row of outdoor stalls at ground level. One serves barbequed fish including oysters with chunks of lemon, squid basted with soy sauce, and sazae, a kind of top shell with a very meaty, chewy flesh. Another stall serves the Ehime specialty jakoten, a deep-fried patty of fish paste. When I went to Futami recently, I tried the jakoten katsu, a version with diced vegetables, coated in breadcrumbs. It was a really tasty and warming snack for a cold day.

Futami is justly famous for its sunsets. When the sun sets anywhere along the Seto Inland Sea, it tends to be spectacular. But Futami offers a view uninterrupted by anything man-made, and the spectacle in the sky is reflected in the sea. Not surprisingly perhaps, Futami attracts couples in search of romance, and the place has become the site of a Lover’s Sanctuary Project. A plaque near the beach says, “Here we declare this land as ‘Lover’s Sanctuary’ to impart the joy and the magic of encounters, blissful marriages, and raising a happy home. We send our blessings to your encounters and wish you a wonderful future. Since 2006”. In fact my cousin-in-law met his wife on the beach at Futami, somewhat before 2006, and is now raising a happy home.

This Road Station has a somewhat rough and ready feel to it. I tried to get lunch in the restaurant at 1:00 pm but  I was told that lunch service had ended and only coffee was available. I also felt persecuted by the speakers blaring J-Pop out towards the beach.

Futami is one of several beaches in Ehime that’s very popular with foreign visitors. It’s easily accessible by car or by train. The nearest station is Iyokaminada, which affords its own spectacular view of the sea. 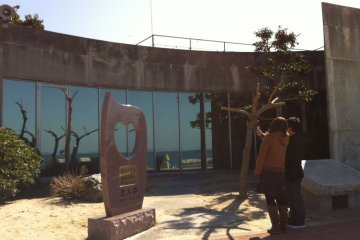 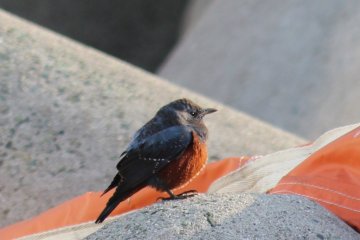 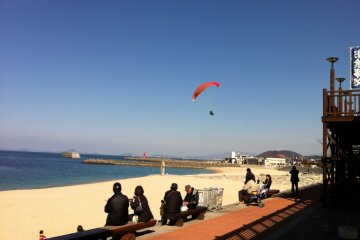 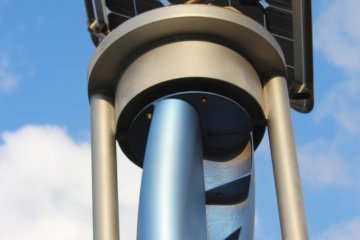 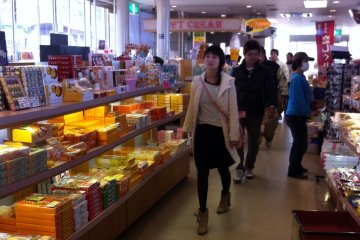