After dark, central Matsuyama is transformed

Matsuyama is a castle town, and like all such towns in Japan, the area around the base of the castle hill was built as part of the defenses. The idea was to pack the area with commoners who would present a natural obstacle to potential attackers. The grid layout of the streets hasn't changed since medieval times, and nor have their character as the pleasure quarter for the common people.

There are three streets running parallel east to west—Ichibancho, Nibancho, and Sanbancho respectively, bisected by the covered arcade called Okaido which runs north to south. The entire grid of streets around this area is devoted to bars, restaurants, clubs and shops. As dusk falls and the illumination of the castle comes on, the pleasure quarter turns on its neon and kicks into gear.

Where to start? Well, if you’re new to Matsuyama, how about taking an evening turn on Kururin, the big Ferris wheel on the roof of Iyotetsu Takashimaya department store. Kururin brings character to the nightscape of Matsuyama with its own neon display, but the views of the city lights from its gondolas are spectacular. The big wheel is open till 6:45 pm between October and March, excluding December, and until 9:45 pm between April and September, and also in festive December.

After taking in the city lights, an aperitif might be in order. Kuramotoya on Ichibancho is a thoroughly welcoming stand-up bar where you can sample a wide range of Ehime’s sake at very affordable prices. Kuramotoya is open until 9:00 pm. Marinecco, a European-style pub on Ropeway Dori is another good option. Their happy hour runs from 5:00 to 8:00 pm, and they serve excellent Guinness and Kilkenny beer on tap.

For dinner, the options are endless. Some restaurants are particularly popular with foreign clientele but if you drop into any Japanese style place too, you can be sure of a pleasant welcome. Kazu is one of the few Japanese restaurants in Matsuyama that has a menu in English (others include Zawatami Izakaya, Soh Soh and Everest).

If you fancy an after-dinner drink with some companionship, Flankey Kobayashi is a pretty sure bet, as is Sala Sol. Both bars have an equal mix of foreign and Japanese customers, and letters of introduction are not typically required to start up a conversation. And should you feel like dancing, Latin Bar Ashes is good if you can salsa. But if freaking out is more your style, the Blue Belton Discotheque might better suit the bill.

Also, let’s not forget the hot springs for which Matsuyama is famous. You can have a bath at Dogo Onsen as late as 10:30, and at Kisuke no Yu hot spring opposite Matsuyama JR station, you can soak until 2:00 am. And as you wend your way back to your night’s rest, spare a glance at the castle all alone on its hilltop. 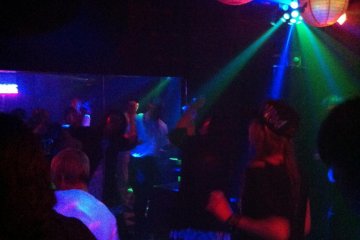 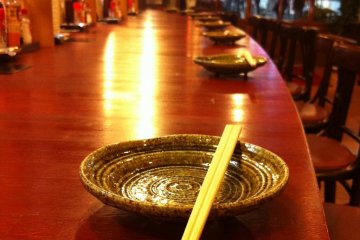 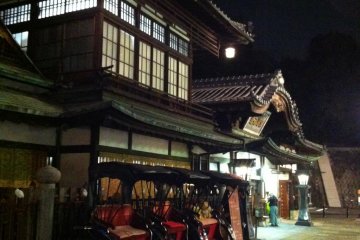 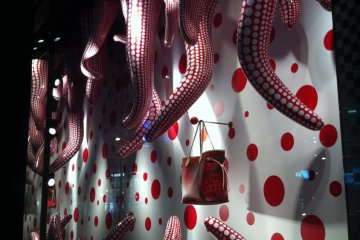