Officially called Okaido, Matsuyama’s chicest street is more generally known as Ropeway Dori for the cable car, or ‘ropeway’, that runs up to Matsuyama Castle from the station near the top of the street.

Ropeway Dori used to be known for Matsuyama’s greatest density of overhead cables – power and other utility lines. It was a truly awesome spider’s web. Now all of that has gone. The cables have all been buried in the ground, and the entire road was given a facelift. Today it’s a smart and stylish street of shops, cafés and restaurants that gives access to some of Matsuyama’s choicest tourist spots. Connecting the busy Okaido shopping arcade with the university district, the street has always been busy, but since the waving of the magic wand of urban planning, it’s even more of a magnet.

Some of my favorite restaurants and bars are found on Ropeway Dori – Marinecco, a stylish European-style café and bar that serves Guinness; Soh Soh for healthy lunches; Escobar serving Latin fare, and Asian Resort Qupuqupu, a popular student hang-out.

Many of the shops on Ropeway are housed in traditional buildings with old-style wood and glass sliding doors. There are a number of antique shops offering goods that range from the surprisingly affordable to quite the opposite. There’s a traditional kimono shop, a futon store, and a shop selling musical instruments, which provides a place for street musicians to play on summer evenings.

Ropeway is home to Guest House Matsuyama, which offers very affordable lodgings popular with foreign visitors. Since it attracts so many visitors from Japan and overseas, Ropeway is the site of several shops that promote Ehime’s products, the foremost of which is EHIMESM, an airy and attractive space with frequently rotating exhibitions of the good things that Ehime produces.

The eponymous ropeway itself goes up to the castle from the station building on the street. The second floor of the cable car station houses an interesting exhibition about the NHK television drama Saka no Ue no Kumo. The main protagonists of this drama, the Akiyama brothers, were born on a street off Ropeway, where you can visit a reconstruction of their birthplace. You can also walk up to the castle via the stairs at the top of the street.

At any time of year, a stroll up Ropeway Dori is rewarding. It’s conveniently located right next to the Okaido tram stop. 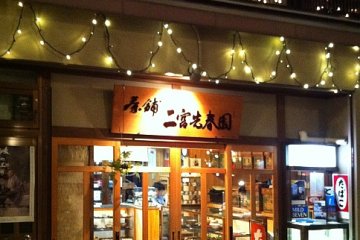 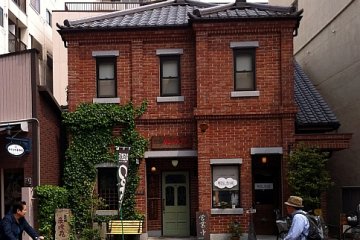 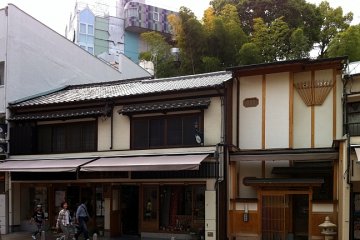 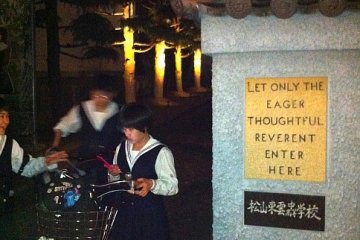