Ropeway Dori, perhaps Matsuyama’s most fashionable street, is home to the cable car or ‘ropeway’ that takes lazy people up to the castle. At the top end of this street is a steep flight of stone steps that goes to both the castle and Shinonome Shrine, which stands on the side of the hill leading up to the castle.

On the afternoon of September 21, 1895, the haiku master Masaoka Shiki strolled past these steps on his way to Mt. Miyukiji with some of his haiku pals and composed this haiku;

If you go up the steps, the illusion of a stairway to the sky is broken by the mass of greenery that comes into view. The path to the castle goes on up to the left while a further, longer flight of steps passes up through a gate to the shrine. You can get to the castle through the shrine too, so you might as well go up the steps anyway.

Shinonome Shrine was built in 1823 at the northern foot of Castle Hill as a talisman against the bad luck traditionally thought to come from the northeast in ancient Chinese lore. Ironic perhaps, because the shrine was destroyed by bombers which came from the West in July 1945 just before the end of the war. It was rebuilt in 1973 in the style of Ise Shrine, one of the major architectural shrine styles. There’s also a large concrete building within the complex housing a number of historical artifacts including some Noh masks, although this building isn’t open to the public.

The shrine has long had a relationship with Noh theatre. In the feudal period, the shrine had a magnificent Noh stage where Noh farce, a specialty of Matsuyama, was held every spring and autumn. Performances are still held within the shrine building in April.

When I last visited the shrine in early spring, the blossoms of the beautiful cherry tree at the foot of the steps had given way to brilliant green leaves. Two schoolgirls in the uniform of a nearby exclusive girls’ school were taking photos of each other, making dreamy poses in front of the main gate. They giggled as I went past. A man in a green tracksuit was running up and down the steps for some fairly extreme aerobic exercise. In front of the shrine itself, a salesman of some sort was making his devotions with great solemnity. If you visit Shinonome Shrine, you’re sure to see how much a part of modern life these historic urban shrines still play. 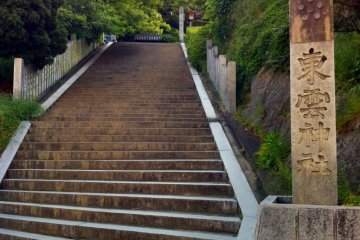 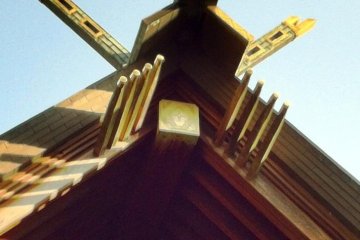 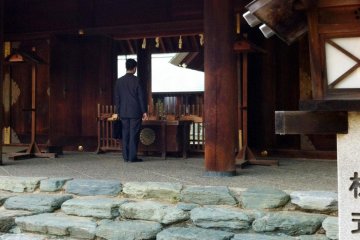 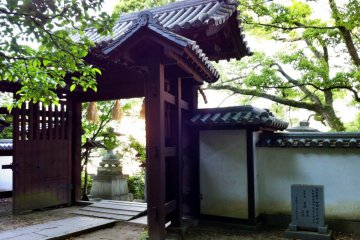 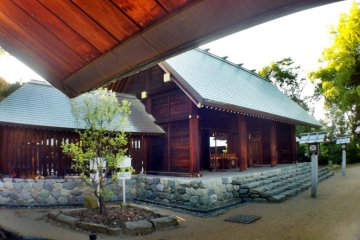