To most Japanese people, Tobe calls to mind Tobe-yaki, a type of ceramic known throughout Japan. In Tobe there are plenty of places to see examples of pottery, but one of the nicest is the Tobe Pottery Traditional Industry Hall. This large, elegant building in the style of a traditional white-walled storehouse was designed specifically for the purpose of displaying ceramics. Indeed this point is made on the outside of the building, which has a Tobe tsubo or vase displayed prominently on each gable end.

The ground floor of the hall has a number of displays. In the lobby, there’s a huge ceramic globe that cleverly uses the blue typical of Tobe-yaki to represent the sea. Foreign visitors are invited to stick a colored dot on the place where they come from. The main hall has displays of Tobe ceramics going back hundreds of years, a corner devoted to the tools and techniques used by artisans, and a section of modern works. Entry to these exhibits is free.

The second floor is both an exhibition and a shop. Modern articles are arranged in attractive displays with examples of other local products, prominent among which are sake and shochu. The sake breweries in Tobe produce some very agreeable marques. These products on the second floor are for sale.

Tobe-yaki tends to be white with navy blue decoration, although there are many variants within this type, as well as many exceptions. The potters of Tobe also make beautiful elliptical vases with a very fine turquoise glaze and the slightest hint of decorative relief work. Several artists also make ceramic statuary, some of which is quite impressive, if a little grotesque, in the ‘cool Japan’ comic style.

The autumn festival in early November is a good time to visit Tobe, when the area around the Industry Hall is packed with pavilions selling pottery and other local products. 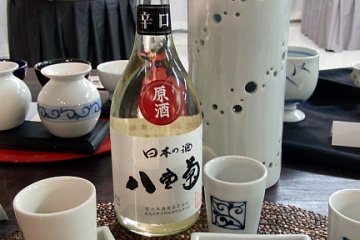 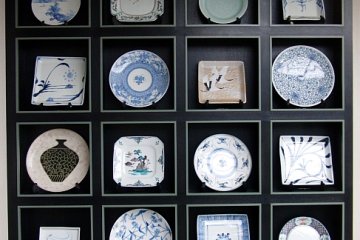 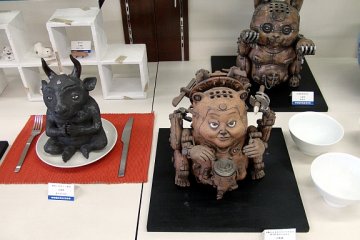 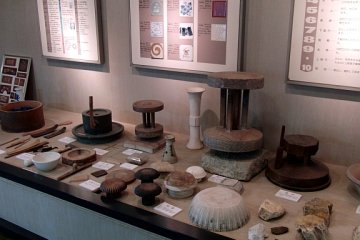