Soft and fluffy in Imabari

An Imabari towel does not float, must not float, cannot float. It has all of five seconds to sink, proving then its worth as Japan’s most famous towel for its absolute absorbency and soft-toy softness. Other rigorous tests ensure durability and permanent color. An Imabari towel is forever.

Imabari began its journey to towel stardom in 1894, when the brothers Mitsunosuke turned a pretty mundane household item into state of the art perfection. Competition and more economical consumers created troubles in the 1990’s, but Imabari managed to capture 50% of Japan’s towel production in 2010.

I visited Texport, Imabari’s main towel retail outlet on the edge of town. When I saw numerous shoppers loaded with towels, I thought wow, it is popular. It was a sale, however. At the actual shop, and at their other retail outlet in downtown Imabari, I was the only one present apart from a solitary salesgirl. There are, however, supposedly towel sommeliers who have to pass stringent tests before claiming the title, with a scary failure rate.

At the sale, I was not bowled over by some of the products, despite the knocked down prices. These towels were thin, and the colours only on one side. The tourist office told me about 40 different companies make the towels. There is no monopoly manufacturer. Each has to pass 'The Tests' set by the Shikoku Towel Industrial Association. At the shop, I saw and felt the real McCoy. With prices to match, but merited, for a rainbow of colors both sides, some with different colored sides, and thick and comforting fluffy softness. I was dying to ask for a float test but didn't dare.

Imabari’s underground water from the Soja River and sacred Mount Ishizuchi is how they attain their towels’ absorbency and softness. The water is soft and clean with almost negligible toxic metals making heavy bleaching unnecessary, and making the towels gentle and safe even for baby. They use organic cotton threads, twisted so they do not unravel after just three washes, or leave bits of towel fluff on you. You do not need to wash your Imabari potential heirloom several times before it becomes absorbent.

I was surprised the towels are not found all over Imabari, as expected for products that have made a town famous. I think I would have splurged on a signature white hand towel with their famous red and blue pencil thin stripes, but these were not available at either store. Their Towel Art Museum is located far enough away that you need a car.

Imabari has likened their towels to the rendering of kindness, ossetai, to O-Henro-sans. They believe their towels are made with and reflect the same culture of thoughtfulness and caring.

When is a towel not just a towel? Perhaps when it is an Imabari towel. 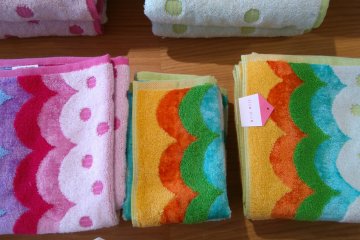 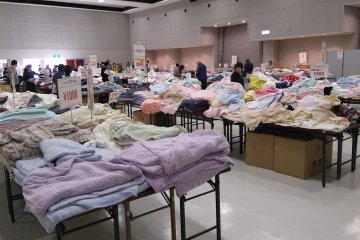 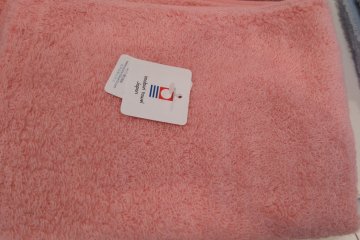 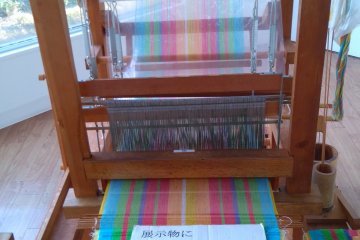 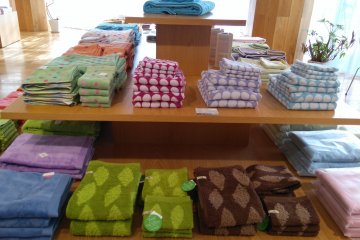