Temple No. 47 of the Shikoku 88 temple pilgrimage

Yasaka-ji stands on a hill in the south of Matsuyama. A long, straight road leads up to it past farmhouses, and from a distance, the temple has a somewhat festive, colorful look about it. The roofs are a mix of copper green and dark tile rising amid lush greenery, and the grounds are adorned with rows of bright red flags. The bridge over the dry moat into the temple has a gaily painted roof that only confirms the impression.

Proceeding up and through the temple however, I headed to the right expecting to see a fine view over Matsuyama. The view was there alright, but there was also a very large graveyard that seemed to extend outwards in three dimensions. This is not so festive. I was reminded of Père Lachaise Cemetery in Paris, although the resemblance is very slight. In the middle of this expanse of graves was an attractively designed modern building with Buddhist statuary around it. I went in, expecting to find some sort of temple, only to realize that it was a lot of shelves for storing the ashes of the dead—the low-rent section of the cemetery. A Japanese family were there checking out the real estate, and it quickly became apparent that the old geezer with them was having his shelf selected. “Oh, this side gets much more sun! How about here? Shall we book this one?”, said the daughter-in-law cheerfully. “Mmm, mmm”, replied the future resident of this very small apartment. This was like Père Lachaise too.

Unusually for one of the pilgrimage temples, the main hall of Yasaka-ji is made of concrete. It forms a rather stark contrast with the rustic wooden Daishi-do and Shinto shrine standing on either side of it. If you head around the left side of the main hall, you find a wooden door. Behind it, in the cool, dark basement of the temple are 8,000 ceramic Amida Buddha statuettes purchased by devotees from around the country, each with the person’s name on it. Another unusual feature of this temple is the two little tunnels representing the Buddhist heaven and hell. They actually reminded me more of bus shelters, but the hellish bus shelter had some unusually grotesque things inscribed inside. Plus it was paved with sharp stones. I don’t want to catch the bus that stops there.

Yasaka-ji is close to Joruru-ji and the walk between the two is very scenic. 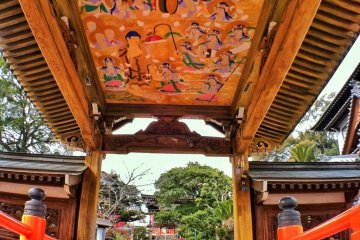 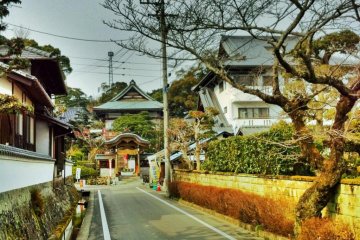 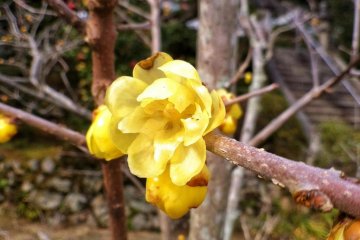 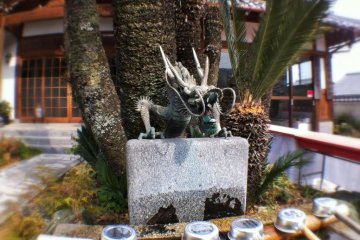 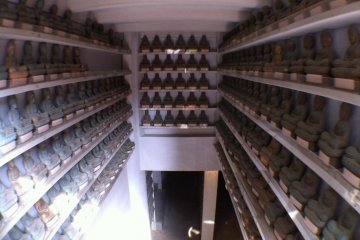 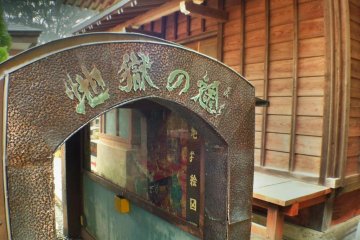