Explore the hometown of Tobe-yaki ceramics

Drive forty minutes from the center of Matsuyama, and you encounter a slender white tower which stands fifteen meters high. This tower was built at the entrance to the town of Tobe from the Matsuyama side, and it’s decorated with 560 china plates from each of the potteries in the town as a symbol of what Tobe is all about. It was built to hand down the passion of Tobe’s ceramists to coming generations and to catch the imagination of visitors to this pottery town.

Tobe-yaki (砥部焼き) is a traditional Japanese industrial art using materials produced in this area. Typical designs have a pure white base with characteristic designs in indigo blue. This beautiful art has devotees from all over Japan, thanks to its robustness and practicality.

In recent years, young ceramists have been eschewing the traditional materials and designs, taking Tobe-yaki in new directions. The town of Tobe is a remarkable place, with a flourishing industry based around craftsmanship.

The potteries are gathered in the Gohonmatsu, Ominami, and Kitakawage areas. The Ominami area is home to the Tobe-yaki Traditional Industry Hall, a pottery road covered with 580 plates, and Tosogaoka where there’s a monument to Josuke Sugino, the father of Tobe-yaki. Numerous art objects are found decorating these areas. At the Pottery Creation Center in Gohonmatsu, you can try your hand at underglaze painting, hand twisting, and throwing.

At most of the potteries, the studio doubles as living space. That’s why some places don’t have enough space for a car park, so renting a bicycle is a good way to visit potteries. You can rent a bike at the Tobe Pottery Traditional Industry Hall or the Tobe-yaki Sightseeing Center Ennosato. (300 yen per bike. Bikes must be returned to the same place.) Some of the potteries require advanced notice, and some are not open to the public, so please check in advance.

You can buy Tobe-yaki and other souvenirs made in Ehime at Tobe Sightseeing Center Ennosato. You can also learn how Tobe-yaki is made by watching practitioners and have a go at decorating a ready-made plate or cup. It’s a great opportunity to own an entirely unique and original Tobe-yaki design.

Tobe town is a fascinating place. Here you can watch real craftspeople at work in their studios, browse for a piece of Tobe-yaki work that takes your fancy, and stroll around an area rich in art and natural beauty.

About 100,000 items from all of the Tobe-yaki potteries are gathered in Yutori Park for display and purchase. You can try your hand at throwing and decorating your own piece. Other Tobe products such as sake and processed food are on sale. Many other events such as a charity auction of Tobe-yaki are held around the Tobe Pottery Traditional Industry Hall which is another venue for this festival.

Date: The first Saturday in November every year
Place: Around the Tobe Pottery Traditional Industry Hall

About sixty potteries set up stalls around the Tobe Pottery Traditional Industry Hall and the streets around are closed to vehicles. Pedestrians are free to stroll around and buy directly from the ceramists or have a flutter in the Tobe-yaki Auction. Many traditional works of Tobe-yaki are available, as well as the more diverse works made by the younger generation. It’s a freewheeling informal atmosphere where you can find yourself some bargains and chat with the potters. 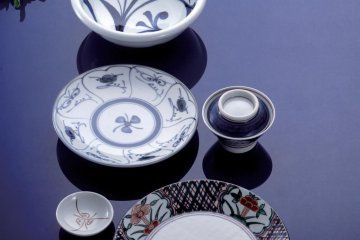 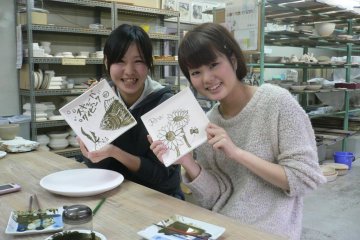 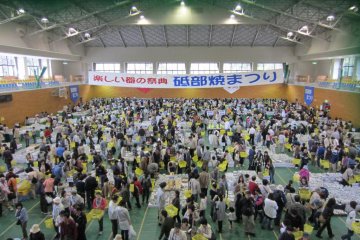