A fascinating history museum with a rose garden

The Yoshiumi Local Culture Center on Oshima Island in the Seto Inland Sea isn’t very well signposted. Fortunately, the rose garden right next to it is, so you can find the Culture Center easily. It’s a rather strange place, no doubt built during Japan’s bubble economy years when money was thrown at out-of-the-way places so that they could establish ‘attractions’. Many weren’t terribly well thought out, and yet they live on, baffling visitors with their scale and general lack of focus.

I cycled part of the Shimanami Kaido road and visited some of the attractions on Oshima Island. At the Murakami Suigun Museum, a kind lady at the counter told me that if I cycled back via the Rose Garden, I could cut out one of the hills between me and home. The hills had given me a good deal of trouble on the outbound journey, so I was glad of the advice.

This was in early April, and the rose garden, which boasts 400 varieties, looked rather forlorn. It was just a lot of prickly stems without leaves or flowers. And so I was drawn to the Local Culture Center next door, where the lady at the counter told me that the rose garden comes into its own around June when the weather is almost always warm. I’m sure that in June it’s a pretty sight.

Meanwhile, in the Center, I poked my head into the rooms that required a ticket and was very tempted by the treasures I could see within. I bought a ticket for 300 yen and went in. Exhibition Room 2 is full of various agricultural tools, toys, domestic furnishings, and an early diver’s suit. I love this kind of thing. For example, you learn that today’s shavers and electronic clippers developed from an ingenious evolution of scissors. You see how plastics have come to replace the traditional wood, glass and metal. Room 3 has an excellent collection of armor and weapons. There are many good displays of samurai armor in Ehime, and the ones here are very high quality. But the Center also has some rare pistols and rifles from around the world and I was most surprised to see them on a little island in Japan’s Inland Sea.

Upstairs, there’s a gallery of western-style art by 20th Japanese painters of negligible talent. The work is mostly daubs and scribbles, which are good for a chuckle, but nothing compared with the exhibits on the first floor. 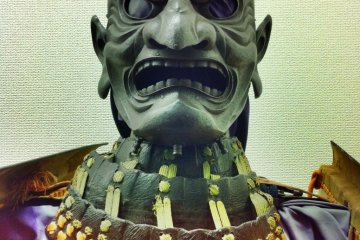 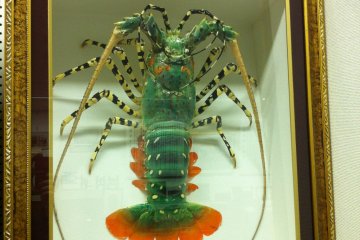 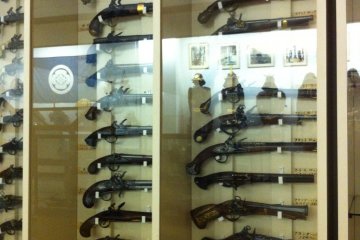 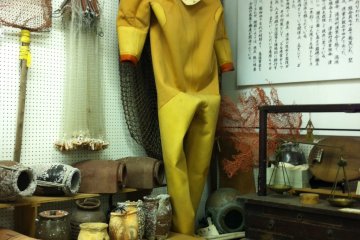 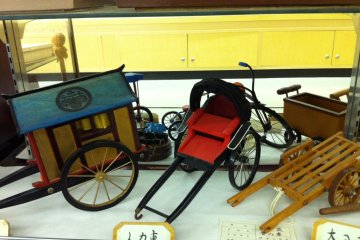