The other day I visited Daian-zenji Temple in Fukui just to see irises, and found much more than that... First, there were hydrangeas everywhere in the hills surrounding the temple, which gave me an unexpected surprise and pleasure, but it was just the beginning of the series of surprises the temple was about to unveil...

When I was exploring the iris garden I found a small gate and a sign which said, 'The Fukui Matsudaira Clan Mausoleum'. It looked like there was a cemetery of the late-lords of Matsudaira Clan in the woods. As I recently wrote an article about the 1st lord of Fukui Matsudaira Clan, Yuki Hideyasu, I was thrilled by the unexpected opportunity to see his tomb.

However, the sign I mentioned just now had one more bit of information to add. It said, ''Close the gate after you enter to prevent wild boars coming down to the temple grounds'...which means I was on my own to deal with wild boars if I bumped into them in the woods, as people of the temple would protect themselves by closing the gate and shut me out! OK, now that I knew it would take not only sturdy legs to climb up the hills but also strong arms to ward off wild boars to see the cemetery, I had to think twice before making up my mind to go, since I had neither of them. Well, after hesitating for just a few seconds, I just opened the gate and climbed up! Sometimes, you just have to take a chance to see or get what you want, don't you? For your information, fortunately I didn't meet any wild boars on that day, but the hiking trail was rather deserted and dark, so I'd recommend that you go with someone, not alone!

The hill I climbed up was serene and permeated with fresh green and fresh air, and although the uphill path was rather steep, I was just happy being there. There were some tombs scattered on the hillside, and I envied them for having such a tranquil place to themselves to rest in peace forever. On the way up, there were signs here and there which said, 'You are almost there!'. But every time I saw one of the signs I was discouraged to find another one in the distance uphill saying the same thing to me!

And finally I reached the mausoleum. It was a square space surrounded by stone pillars as tall as two meters in which there were ten tomb stones of the late-lords of the Fukui Matsudaira Clan. According to the sign at the entrance gate, either the place or the largest tomb here is much larger than the tomb of one of the Tokugawa Shogun at Kaneiji Temple in Ueno, Tokyo. Really?

This mausoleum was built by the 4th Lord of Fukui Matsudaira Clan, Matsudaira Mitsumichi, in 1659, and the entire area is called 'Senjo-jiki', literally, 1,000 tatami-mat floor. But in reality, 1,360 stone tiles cover the inside of the mausoleum and everything is made of a unique stone called 'Shakudani stone', which is only mined locally at Mt. Asuwa. It has a blue green color, which changes into deep blue when wet. Out of the ten tombs here, the biggest is of course the tomb of the first lord of the clan, Yuki Hideyasu, the second son of the first Shogun of Tokugawa Shogunate, Tokugawa Ieyasu.

Just thinking about the fact that this cemetery has been here for centuries, tucked away in the woods, changing their stone colors from blue green to deep blue every time it rains gave me a taste of 'eternity' and I daydreamed, just for a few minutes. But then I remembered that the sun was setting and I might bump into wild boars anytime soon, so I started to climb down the hill.

On the way back, I also found the tomb of the famous Fukui poet, Tachibana-no Akemi, who became famous due to a speech made 20 years ago by then American President Bill Clinton. If you visit Daian-zenji temple and climb up the hill to see this mausoleum, don't forget to locate the poet's tomb and drop by as well!

Find out more about Daianzenji Temple. 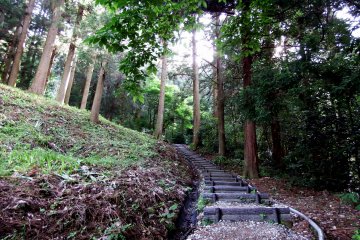 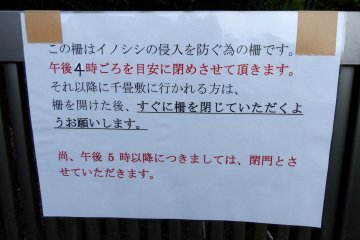 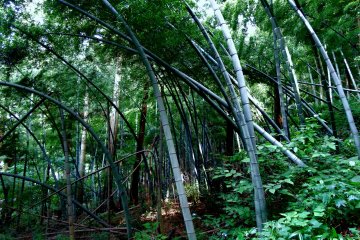 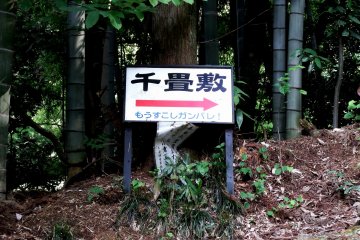 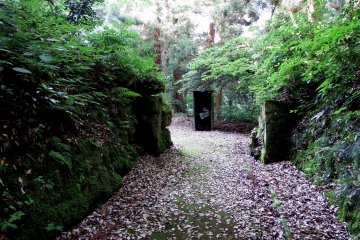 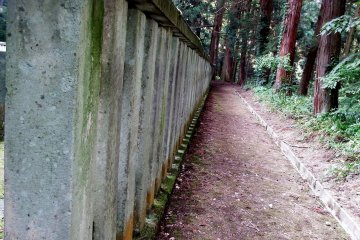 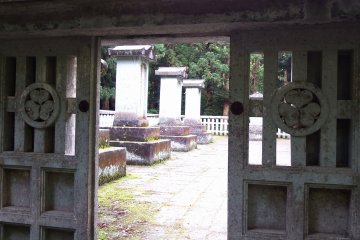 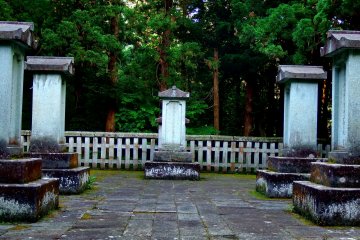 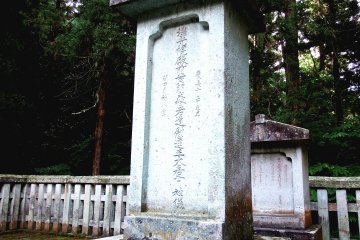 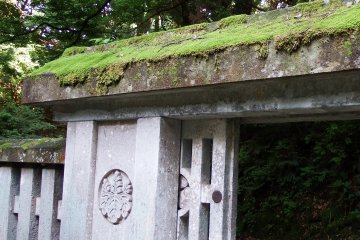 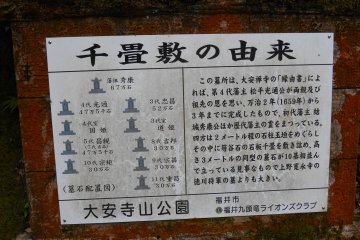