Located on the hillside of Mount Asuwa in Fukui city, Fujishima Shrine is dedicated to the tragic Imperial knight, Nitta Yoshisada (1301 - 1338).

Background Nitta Yoshisada was one of the eminent samurai in the Kamakura Period of Japan who contributed to overthrowing the Kamakura Shogunate, and supported the Emperor Go-Daigo's new government. When Ashikaga Takauji, the other prominent samurai who supported Emperor Go-Daigo, later rebelled against the Emperor and founded his own new samurai government (the Muromachi Shogunate), Nitta Yoshisada continued to be loyal to Emperor Go-Daigo and fought against Ashikaga Takauji's army. His army fought a fierce battle against Takauji's army at Kanegasaki Castle in Tsuruga, Fukui, then he escaped from the falling castle to Somayama Castle in Minami Echizen, Fukui (1337), to realign his army.

Death of Nitta Yoshisada In a battle of Fujishima, he was pinned down under a dead horse, and couldn't move. He became an easy target for archers and an arrow hit him between his eyebrows. Before being killed or captured by his enemies, he cut his throat with his own sword, and killed himself in a rice field of the Tomyoji-Tsuzure in Fukui city.

Foundation of Fujishima Shrine and its significance About five-hundred years after Nitta Yoshisada's death, in the early Meiji Period, the honor of Yoshisada and other samurai who fought for Emperor Go-Daigo was restored. In 1876, Fujishima Shrine, which enshrines Nitta Yoshisada, was founded in honor of him. Yoshisada was also conferred a Sho-Ichii (the highest rank as a Emperor's subject) in 1882. To understand the significance of becoming one of the highest-ranked subjects of the Emperor needs some explanation. Throughout Japan's long history, the Emperor was sacred, and becoming his enemy was the greatest dishonor - one that everyone wanted to avoid. Ashikaga Takauji, who betrayed and fought against Emperor Go-Daigo, suffered from nightmares till his death, and when Emperor Go-Daigo passed away, Ashikaga Takauji even built Tenryuji Temple in Kyoto to commemorate the Emperor, his enemy, as his atonement. One of the reasons why Tokugawa Yoshinobu, the last Shogun of Tokugawa Shogunate, surrendered to the Meiji new government's army without a decent fight was to avoid becoming the 'Enemy of the Emperor'. The Aizu Matsudaira Clan, which was on the side of Tokugawa Shogunate, and fought against the new Meiji government till the end, became a scapegoat of the Tokugawa Shogunate and was given the stigma of 'Enemy of the Emperor'. When the granddaughter of Matsudaira Katamori, the ninth lord of the Aizu Matsudaira Clan, married one of the princes of Imperial family in 1928 (60 years after being labeled as 'Enemy of the Emperor'), the honor of whole the Aizu Region was restored. The people of Aizu held a big lantern parade to celebrate the occasion. Therefore, to Nitta Yoshisada, his descendants, and to all his supporters, this restoration of honor must have meant a great deal! Fujishima Shrine Today In 1959, this shrine was moved to the current location. Interestingly, the current head priest of this shrine is Mr. Yoshiyori Nitta, one of the descendants of Nitta Yoshisada! I had a precious opportunity to meet him in person and talk with him. He used to be a priest at Kasuga Taisha Shrine in Nara, and was transferred to Fujishima Shrine to serve as the head priest six years ago. According to him, his appointment as head priest was an 'unexpected twist of fate'. He considers this opportunity as his duty as well as an honor as one of Nitta Yoshisada's descendants. There was a 'Nishiki-no Mihata (Brocade silk flag), the historical indication of Imperial Army, hanging from the ceiling of the prayer hall, and I felt like I was dreaming, standing under the genuine 'Nishiki-no Mihata', which I had only ever seen on some TV period dramas, and speaking to an authentic descendant of the prominent historical figure, Nitta Yoshisada!

Find out more about Fujishima Shrine. 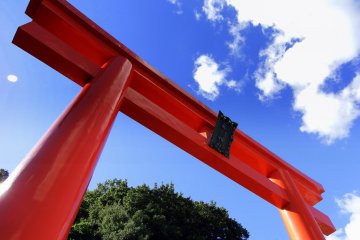 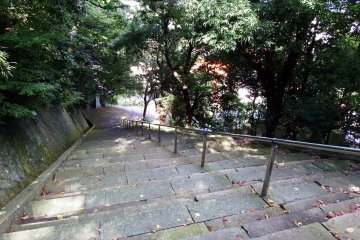 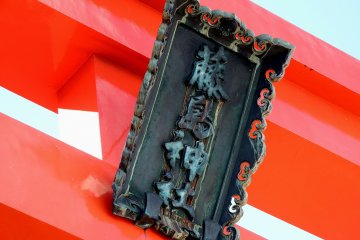 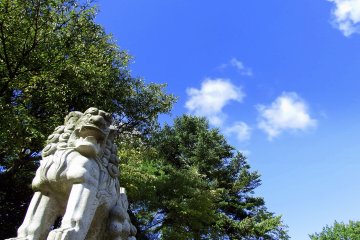 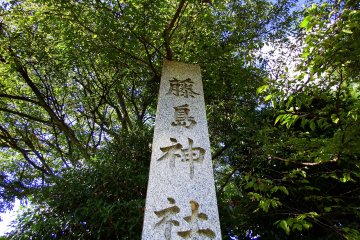 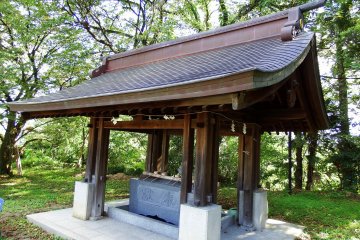 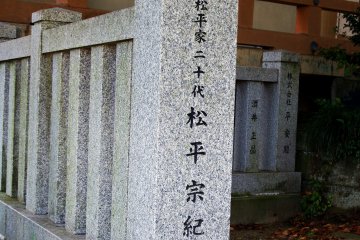 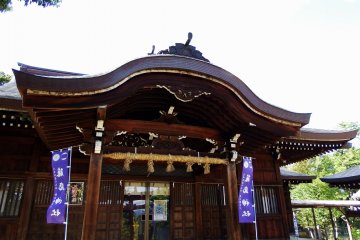 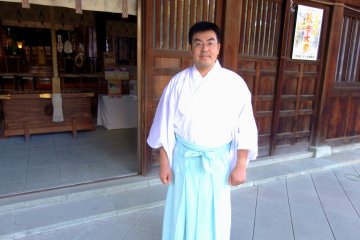 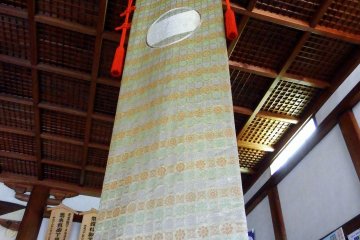 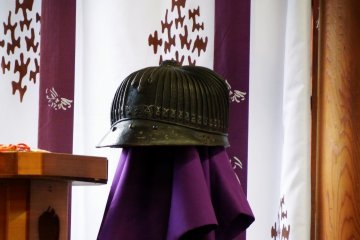 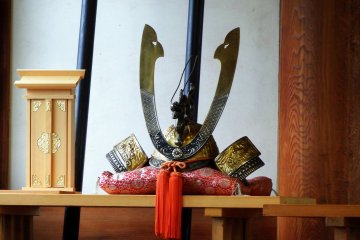 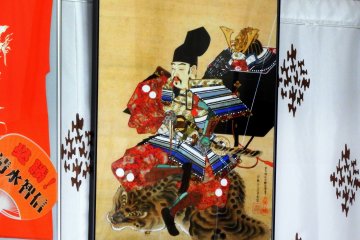 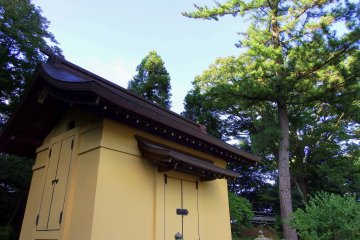 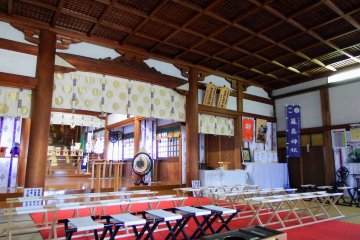 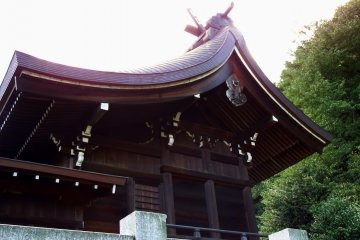