Tragic battle field turned into a power spot for love

Kanegasaki Shrine in Tsuruga city, Fukui, is a unique shrine. Why? Because it was built in 1890 to enshrine Prince Takanaga, who was forced to kill himself when Kanegasaki Castle was attacked by the Ashikaga army in 1337, which gives anyone the impression this place is a tragic location, yet it's famous now as a power spot of love...

In 1337, Ashikaga army (Northern Court side) attacked Kanegasaki Castle, which Nitta Army (Southern Court side) was protecting from inside. In the end, Nitta Yoshisada escaped from the castle to Somayama Castle in Fukui, to realign his troops. Kanegasaki Castle was burnt down, and Prince Takanaga (first son of Emperor Go-Daigo) and Nitta Yoshiaki (first son of Nitta Yoshisada) killed themselves before being captured by their enemies.

In 1890, upon the passionate request of local people of Tsuruga, Kanegasaki Shrine was founded enshrining Prince Takanaga (first son of Emperor Go-Daigo), who had been forced to kill himself here, and Prince Tsunenaga (another son of Emperor Go-Daigo), who had been captured by the Ashikaga Army and was later killed by poison. For your information, the shrine that enshrines Nitta Yoshisada, the head of the Nitta Army and the rival of Ashikaga Takauji, is located in Fukui city where he died (Fujishima Shrine).

Current Kanegasaki Shrine as a 'Power Spot of Love'

Around 1907, a 'Flower Exchange Festival' started to be held at this shrine. At the time, society's attitude toward romance was quite conservative, and so people just didn't have a chance to express their love to others. But in this festival, people would tell one another, 'Let's exchange flowers', and each one handed his/her cherry tree twig to the one they loved. This could be called a modern version of a 'Match-making Festival'. The festival has continued to this day (annually held in spring), which has given this shrine its alias, 'Shrine for Love', and has made it a famous power spot of love. Well, although the place has a tragic history, it's good that many people get together here to find their better halves...some of them may learn the history of this shrine, give a thought to it, and pray for the Princes and soldiers who had died a tragic death here, right?! 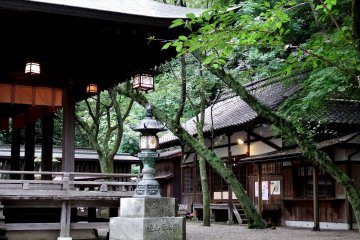 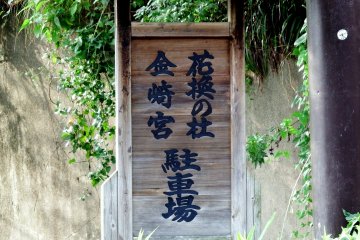 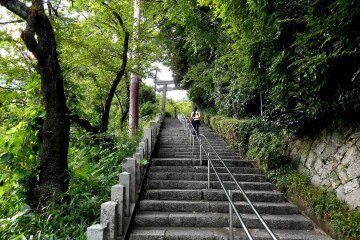 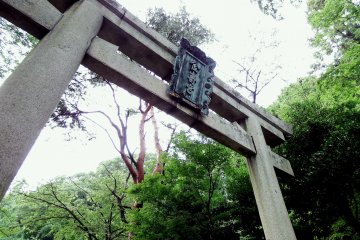 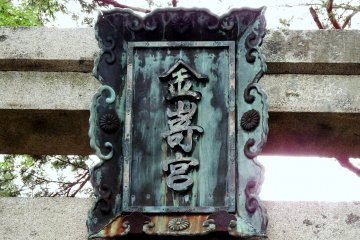 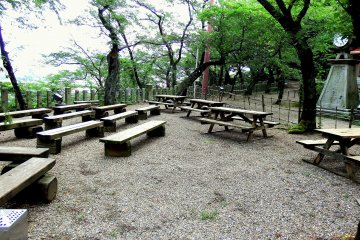 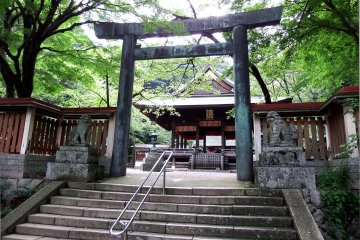 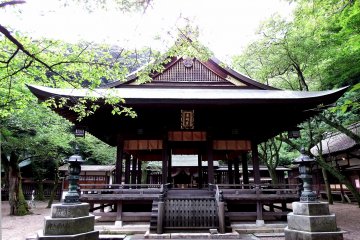 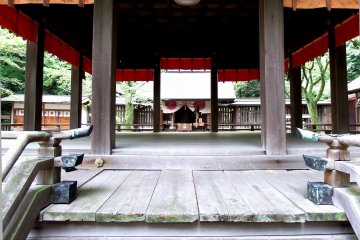 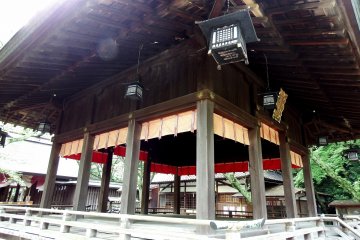 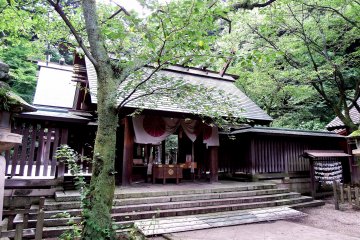 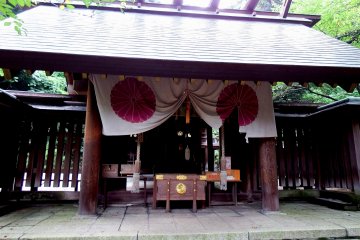 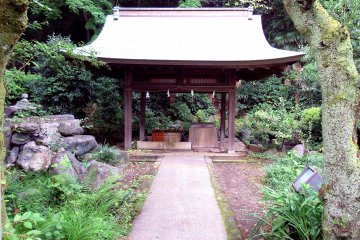 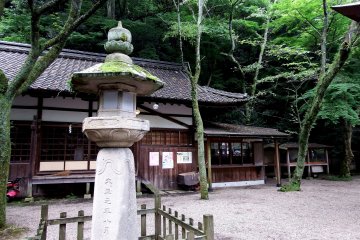 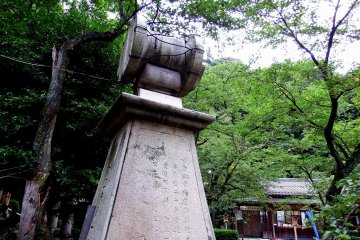 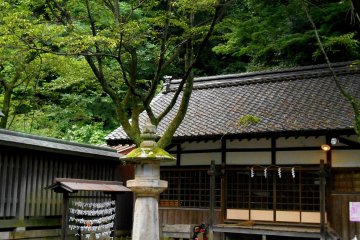