The oldest castle in Japan

Think there’s nothing to do in Fukui? Think again! Maruoka Castle in Maruoka is small at just 3 stories, but what it lacks in size it makes up for in history. This very worthy entry to the list of Important Historical and Cultural Properties was constructed in 1576, making this small castle the oldest surviving castle in Japan. The Great Fukui Earthquake of 1948 did knock it over but it was reconstructed using 80% of the original materials, including the stone roof tiles (most castles have ceramic roof tiles). The interior smells of the pine and cedar of which it’s constructed and the age of the wood is also apparent. One doesn’t need artifacts and exhibits to appreciate the history of this castle.

Those who are interested in, and more well informed about castles and their architecture will no doubt be interested in the differences between this castle and those that were built in later centuries. One difference I noticed is that, unlike every other castle I've visited, the base of Maruoka Castle does not stick out over the edge of the foundation. These overhangs at the corners or running along the length of the walls of other castles permitted the construction of “ishiotoshi windows,” gaps in the floor of the castle that allowed defenders to - as the name suggests - drop stones, boiling water and other unpleasantness on anyone attempting to scale the rock foundation walls. Maruoka Castle does have ishiotoshi but they are balcony-like projections (providing a questionable amount of cover for the unlucky people whose job it was to man them) that stick out from the middle of the walls. There are only two or three of them. Maruoka Castle may not have needed much in the way of manmade defenses though. According to legend, whenever an enemy approached the castle a thick mist was said to appear and hide the it from harm earning it the nickname “Kasumigajo,” Mist Castle.

Today Maruoka Castle sits in a small park overlooking Maruoka High School and the town of Maruoka. It also takes center stage during the Koshiro Matsuri (Old Castle Festival) at the beginning of October every year. The paper lanterns in the surrounding park, the yatai floats and chanting festival makers help to create a time tunnel to ages past.

The yoshino sakura make the castle a beautiful and popular place to enjoy hanami, and autumn leaves and snow make for beautiful viewing at other times of the year.

Maruoka Castle is a good way away from any train station so get the hourly Hon-Maruoka Bound Keifuku Bus from Awara-Onsen, Maruoka or Fukui Station. Get off at Shiro-Iriguchi. The castle won’t take up much time so pair it with the Tojinbo Cliffs, the Katsuyama Dinosaur Museum (or Katsuyama Ski Jam during the ski season), Eiheiji Temple or some other nice spot to create the perfect day trip. Get out there and get your castle fix!

Find out more about Maruoka Castle. 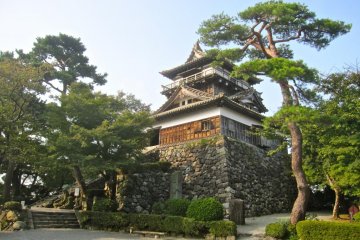 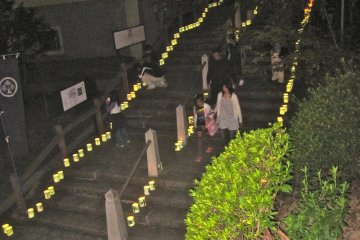 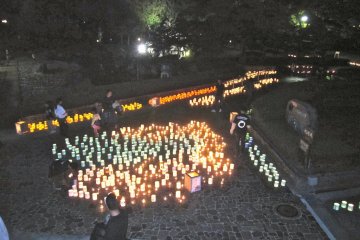 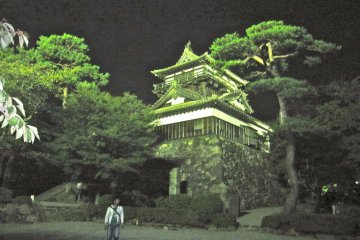 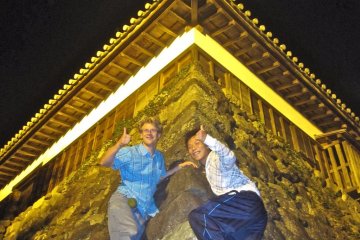 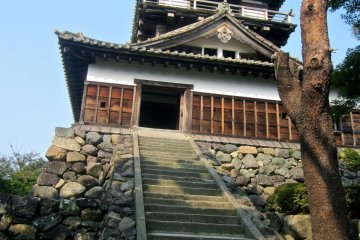 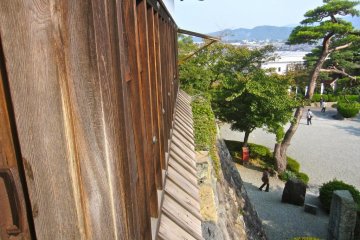 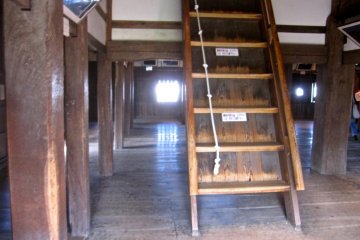 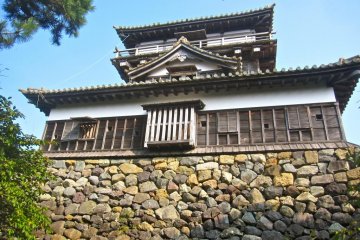 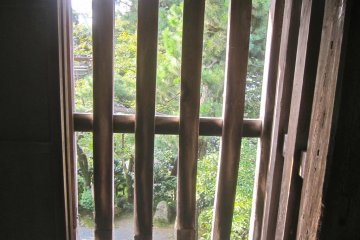 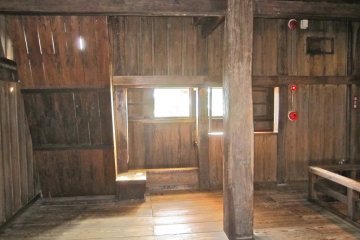 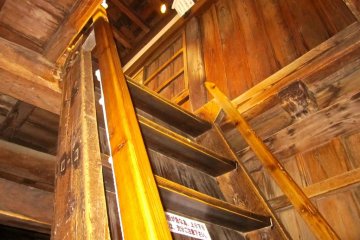 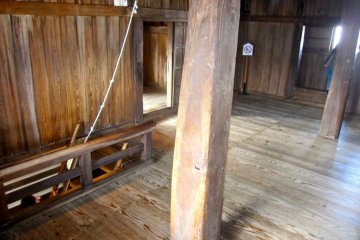 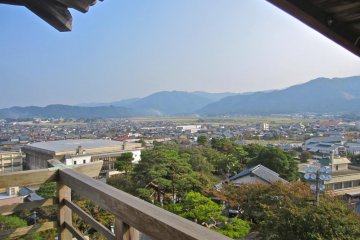