A shrine to the god of fire protecting Fukuoka city

Fire gods reside on mountains and are among the most powerful deities in Japan. They stand as protectors of the cities as well as guardians for their citizens. Fire is also considered a source of light and cooking in both modern and ancient times. Atago Shinto Shrine is dedicated to the god Atago-Sama, as he is usually called. Atago Shrine is one of the three major shrines in Japan dedicated to the god Atago. The other two are located in Tokyo and Iwana (present day Kasama).

The shrine dates back to 72 A.D. when it was first built. It was then known as Washio Shrine. Originally the shrine was home to two gods. Two more were added when Atago Shrine in Kyoto was merged with Washio Shrine in 1634 by Kuroda Tadayuki, of the Kuroda clan. The Kuroda clan was given the Fukuoka area after supporting Ieyasu’s victory during the battle of Sekigahara in the year of 1600. The shrine today is home to four gods. The present building today dates from the 17th century.

The shrine attracts visitors from Fukuoka and beyond for its healing powers. The shrine is said to help drive away evil, bringing good fortune, helping start a harmonious relationship, having success in business and academics, bringing traffic safety and keeping the home safe and secure (with the hearth in the home as a place of warmth and cooking). The shrine is also said to have power to help those who wish to give up drinking and smoking!

The shrine and the hill it stands on were long known as Mount Washio and Washio Shrine. This changed when the feudal lord of Fukuoka transferred his tutelary deity there from Kyoto in 1634. There is a breathtaking view of Fukuoka, Hakata bay and Fukuoka Tower. Night or day, the view from the hill is spectacular. There are over 2,000 cherry blossom trees on the shrine grounds which draw thousands of visitors during the Sakura festival.

Atago shrine is a 15 minute walk from Muromi Station on the Kuko subway line and a shorter walk if you take the bus (Nishitestu bus #1 and get off at Atago-shita bus stop). 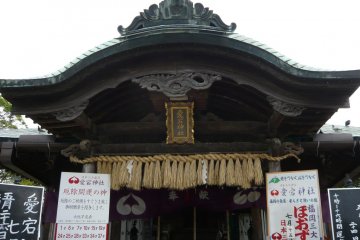 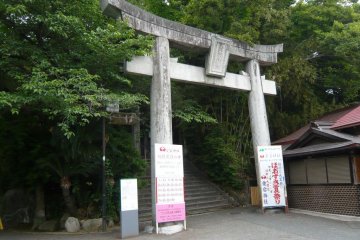 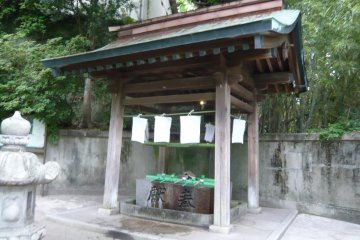 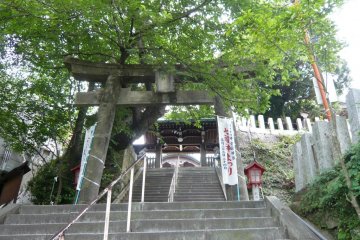 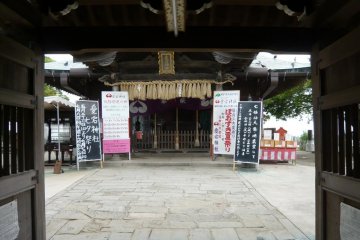 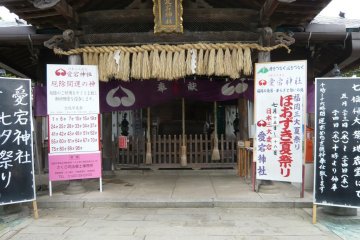 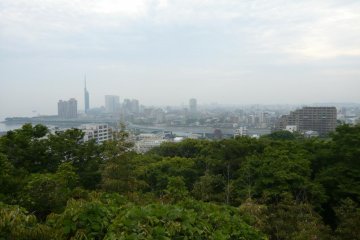 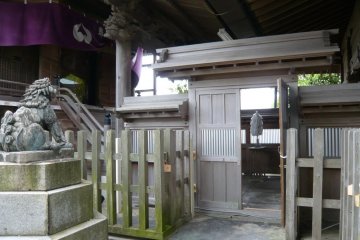 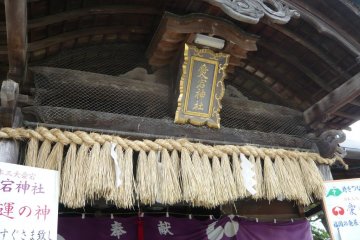 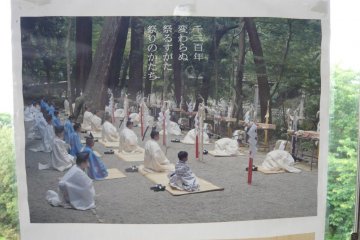 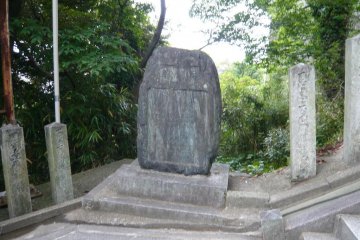