A shrine dedicated to the Japanese deity of education

Tenjin originally meant “Heavenly God” but later came to refer to the spirit of scholar Sugawara Michizane (845-903). Dazaifu Tenmangu is dedicated to the spirit of Sugawara. Michizane was born in Kyoto in 845 into a family of education with a history of service to the Imperial Court. At an early age, Michizane spent time in the family garden and composed a celebrated waka (a Japanese poem of Chinese influence):

“How beautiful the red plum blossom,
I wish to color my cheek with it.”

By the age of eleven Michizane was writing poetry in this Chinese style and using Chinese characters. He was considered a child prodigy.

As Sugawara grew he served the Imperial Court as a trusted Minister of War, then advanced to the position of Popular Affairs. After falling out of favor with the Imperial Court, Michizane was exiled to Dazaifu, with a much lower position. It is said that Michizane was extremely unhappy and held a grudge against those who conspired against him. After his death, the Imperial family suffered several tragedies. They restored Michizane’s titles and positions and tried to remove any action taken from the records.

During the burial procession for Sugawara, legend has it that the ox pulling the cart carrying Michizane’s body stopped on the spot where the shrine now stands. The burial party then decided that it was fate that picked this spot for burial.

Two years after his death, his follower Yasuyuki Umasake built the first shrine in 905. A larger structure was built by the Fujiwara clan in 919 but that was lost during one of the many wars. The main shrine seen today is from 1591 and is an excellent example of Momoyama-styled architecture (the style of architecture that came during the end of the Warring States period in feudal Japan).

Michizane is celebrated as a man of pure heart and deed. After his death, he was deified. His shrine today is a mecca for school students to visit. With the emphasis Japan has on education, this shrine is a destination for students to help them meet and succeed in their objective to excel in school and ensure a successful career for them in the future.

A particular feature of the shrine is the Shinji pond and Taiko bridge. The bridge is formed from three elements. Approaching the bridge from the section furthest from the main hall, the first arched section represents the past, the flat central section, the present, and the second arched section, the future. The design of the bridge is typical of Buddhist architectural concepts and reflects the idea that one thought only should be held at a given time. Shinji pond is shaped to resemble the ideogram for “heart” and if viewed from an elevated position, the four strokes of the Chinese character shin are clearly seen. Walking across the three bridges is a solemn act and should be done with respect.

There are approximately 6,000 plum trees of 197 varieties in the area of Tenmangu. This represents Michizane’s love for the trees and their blossoms. It is said that after Michizane was exiled to Dazaifu, the plum trees followed him there in devotion.

Tenmangu’s history is celebrated by ceremonies such as the New Years Exorcism Fire Festival (Oni-sube), the Spring Water Poetry Festival (Kyokusui-no-en) and the Annual God-Procession Festival (Jinko-shiki) which takes place in the fall. There are over 12,000 shrines in Japan dedicated to Sugawara Michizane.

Find out more about Dazaifu Tenmangu. 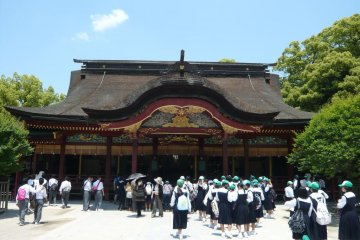 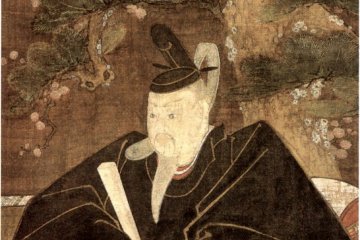 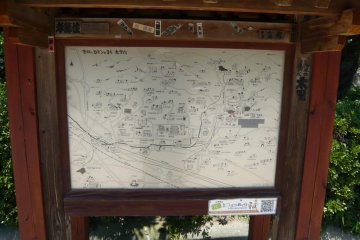 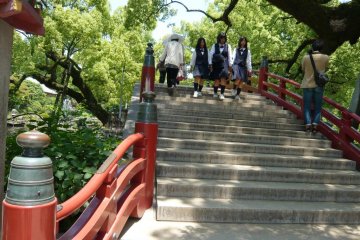 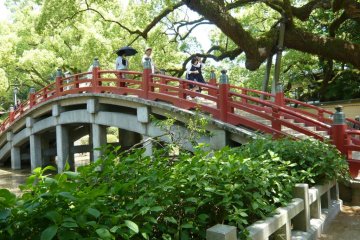 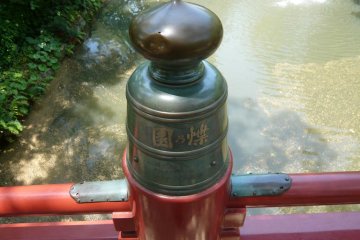 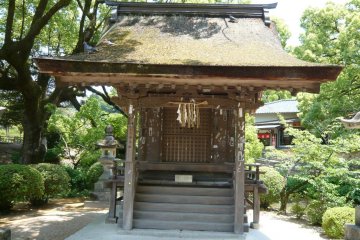 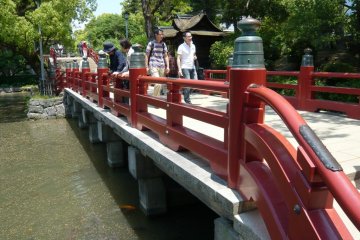 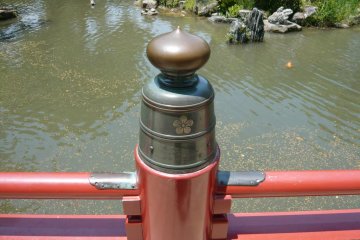 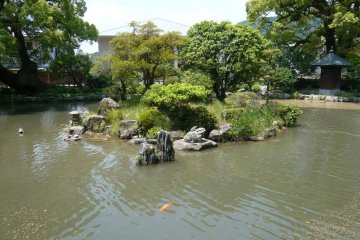 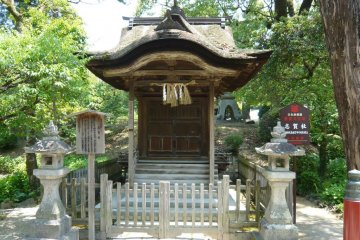 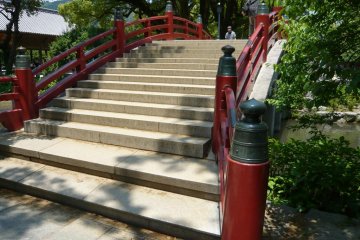 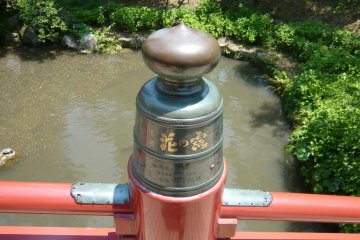 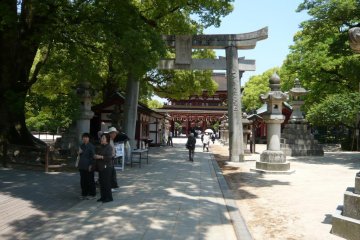 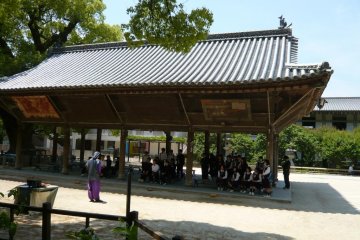 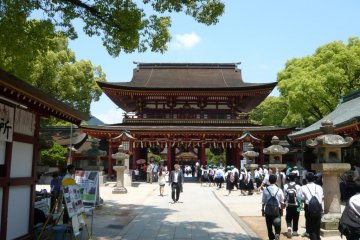 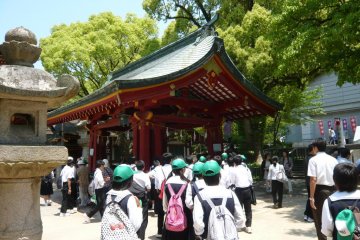 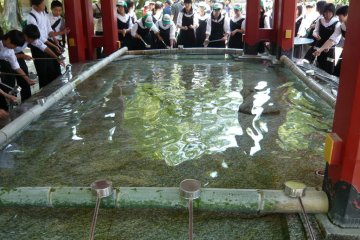 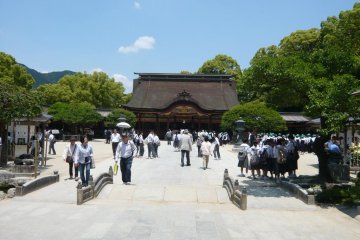 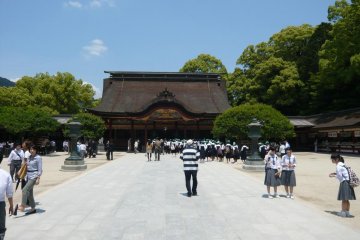 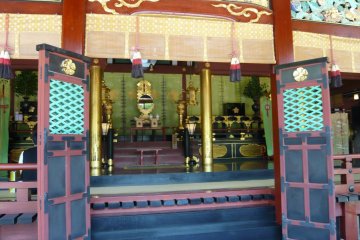 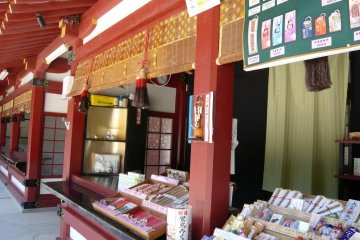 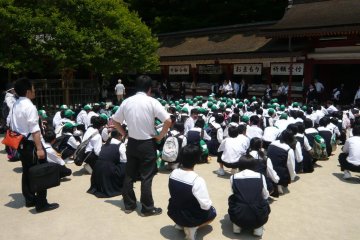 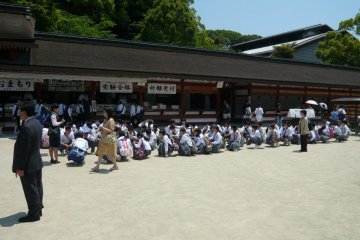 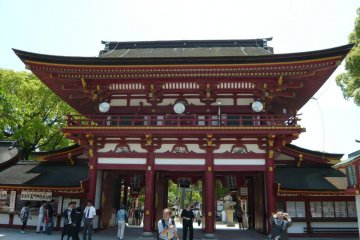 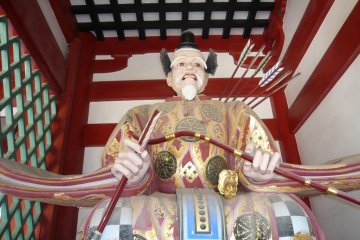 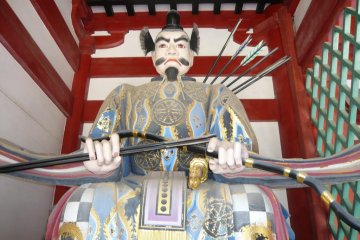 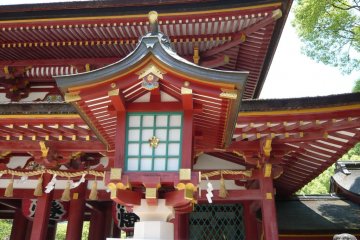