Unearthing the past in Fukuoka's Yame region

Having lived in subtropical Okinawa for three years, I’ve long thought that islanders there held the prize for largest burial tombs. Cemeteries may be orderly and contained on the mainland, but Okinawa’s hillsides are fairly littered with sprawling concrete burial chambers. ​

Then I moved to Kyushu and discovered the keyhole tombs of Yame. As it turns out, Okinawan crypts pale in comparison.

Tombs and burial mounds from the 4th – 7th century (known as kofun) are thick on the ground in the western Yame region, an area of southern Fukuoka prefecture mostly known for its tea production. While attempting to track down the Iwatoyama Burial Mound, my travel companion and I noted at least eight to ten other signs for tombs, all within a short drive of each other. Iwatoyama, however, is one of the best-known and easiest to access and its accompanying museum makes it a great jumping-off point for further exploration.

From the northern car park, it’s a short walk down a dirt path to reach the tree-covered mound. In fact, we barely registered the fact that we were standing on the tomb itself until we noticed the unnaturally-shaped banks on the edge of the field, marking the limits of the burial grounds. The tomb is the resting place of Iwai, governor of the Chikugo (western Yame) region in the 600s. Construction began on the tomb during Iwai’s lifetime and the dimensions of his final resting place make this the largest keyhole tomb in the northern Kyushu region, a testament to his importance in that era.

At the head of the tomb (the round keyhole part of the tomb is actually its base), it’s impossible to miss the line of weathered statues firmly entrenched in the soil. These funerary figures – mostly humans but also half of a horse – are known as haniwa and were often placed on a tomb’s summit, just over the grave beneath. While we weren’t sure if these were the original haniwa or if they had been unearthed from the tomb and placed there at a later date, the line of sculptures on the mound’s edge was a striking portrait nonetheless.

Just down the hill from the mound itself, a small history museum displays artifacts unearthed from the Iwatoyama and neighboring tombs. While there is no English signage, an explanatory leaflet in English is available and the enthusiastic docents are willing to give a tour of the small display to anyone with even basic Japanese skills. 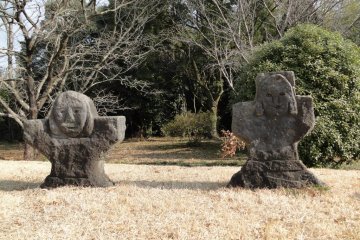 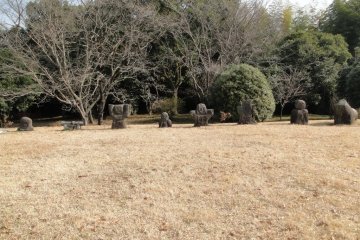 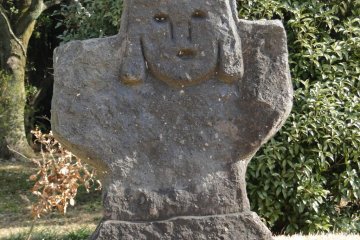 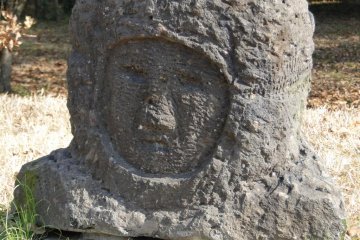 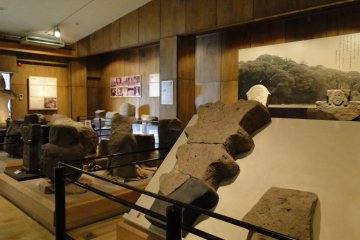 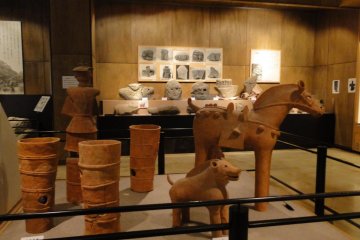