A short walk from Kokura Station, Kokura Castle lies at the heart of Kitakyushu and links the city with its historic roots. Near the Tanga Market and next to the Riverwalk shopping center (which houses the Zenrin Map Museum), one can spend an entire day exploring the area.

Kokura Castle actually consists of a few key attractions within the castle grounds. The ones requiring tickets include the castle’s main keep with its museum and views, a Japanese Garden, and the Matsumoto Seicho Memorial Museum. The premier attractions for visitors are the keep and garden, but if you’re interested in the famous local author, spending an extra 50 yen on the pass for all three facilities will save you money over purchasing separate tickets. You can enjoy the pleasant park of the castle grounds, the moat, and Yasaka Shrine for free. Kitakyushu’s Central Library and the Literature Museum are also within the castle grounds.

Although the first castle built in the area hasn’t been precisely dated, Kokura Castle as you see it was originally built by Hosokawa Tadaoki in 1602 after the Tokugawa shogunate awarded him the Kokura domain. He had taken part in one of Japan’s most famous internal conflicts, the Battle of Sekigahara, which marked the beginning of the Edo period. Unusual in being a flatland castle, with no defensive advantage of being on mountain or hill, the castle does nonetheless have a moat and is bordered by the Murasaki River.

The most famous person associated with the castle is Miyamoto Musashi, the legendary sword master and author of the Book of Five Rings. The wandering samurai spent seven years of his life living at the foot of the castle, and the most celebrated samurai duel in history took place on nearby island of Ganryujima in the Kanmon Strait.

The Ogasawara clan, which controlled the castle during most of its heyday, was heavily involved in battling the imperialist Choshu clan (modern Yamaguchi Prefecture) during the 1860s. The local forces burned down the castle during this time as part of a retreat, and the imperialist armies were successful in defeating the shogunate government and bringing the emperor back to power. This turning point in Japanese history resulted in the end of the Edo period and the start of the Meiji Restoration, which saw Japan launched into the modern era.

The tenshukaku, or main keep, is the primary draw here for most. The current structure is a reinforced concrete reconstruction built in 1959. Although not exactly true to the original design, the new castle pleases aesthetically and stands out visually in the city center. Looking closely, you can see from the outside that the top floor of the castle is slightly larger than the floor under it. The castle holds a museum with samurai armor, a fantastic diorama of castle during the Edo period with 1500 paper dolls, a small theater, a chance to hop inside a lord’s palanquin, and excellent English explanatory text. The keep has chairlift access along its staircases. The top floor has an observatory with appealing views, and the first floor has a then-and-now photo exhibition and a gift shop with local souvenirs and even cold beer. Entry to the castle is 350 yen for adults and free Wi-Fi is available here.

Connected to the castle is the Kokura Castle Japanese Garden, a recreation on the original site that includes a genuine samurai-style mansion, or shitayashiki, built in Shoin style, uniting the residence and garden in a single work of art. The Ogasawara clan was especially known for manner and style, and as such was highly influential on Japanese culture. Inside the complex, there is an Experience Zone and an Exhibition Zone where you can learn more about Japanese manners, including tea ceremony. The garden itself most vibrant in summer but appealing at any time of year. Admission is 300 yen for adults.

Find out more about Kokura Castle. 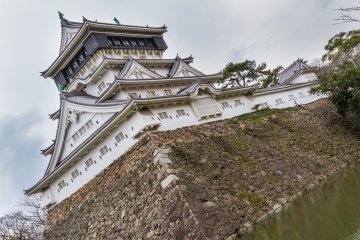 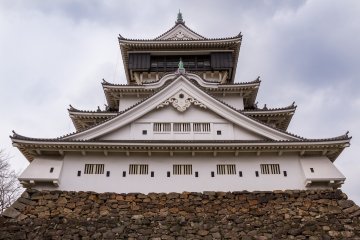 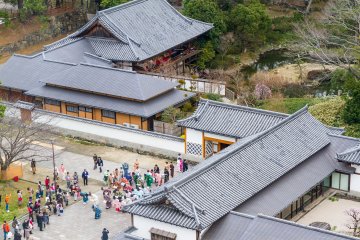 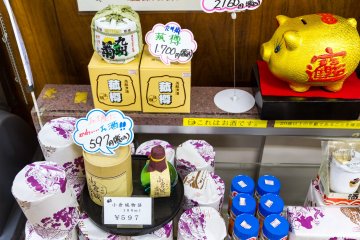 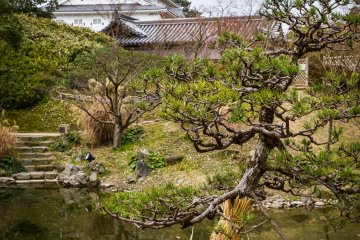 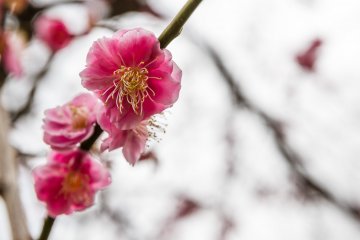 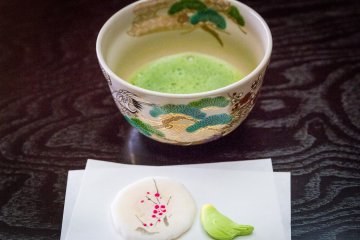 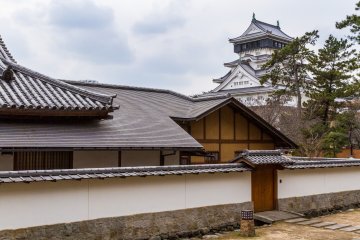 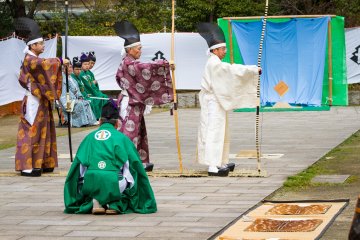 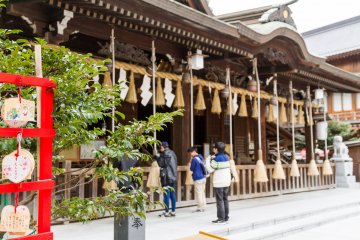