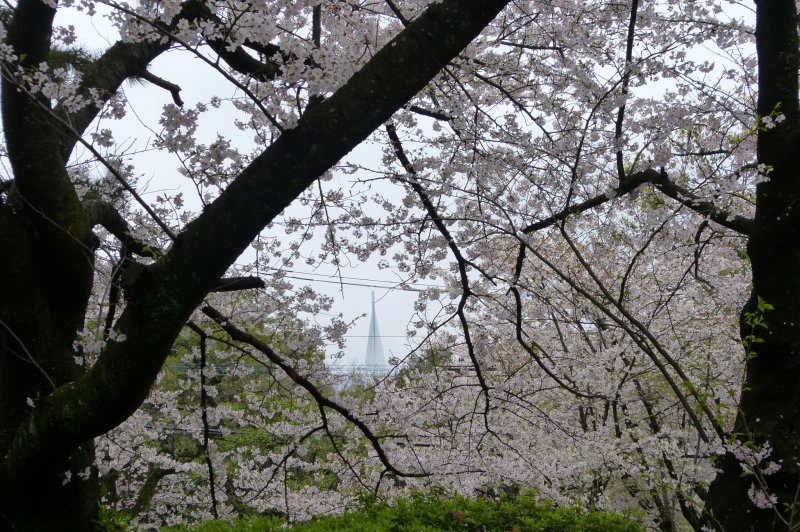 Fukuoka's Nishi Park is gorgeous year-round - it's blessed with views out over Fukuoka City, Hakata Bay, and Shika Island. It's even more beautiful during cherry blossom season, when around 1300 trees in several different varieties reach full bloom.

The park has been designated as one of Japan's Top 100 Cherry Blossom viewing spots, and it's Fukuoka Prefecture's only entrant on that list. During the blooming season, you'll also usually find a host of food vendors at the park, and there are evening illuminations so that the seasonal beauty can still be enjoyed once the sun sets. Typically, the sakura here bloom from around late-March to early-April.

The park is also known for its autumn color, so if you're in the area later in the year be sure to stop by.

For those using public transport, Nishi Park is around 15 minutes on foot from the Ohori Park Station, served by the Fukuoka City Subway's Kuko Line.

For those who plan to drive, take the Nishi Park exit from the Fukuoka Urban Expressway. From there, the park is around 5 minutes away.