Escape to the authentic Japanese countryside in Tohoku

The westernmost region of Aizu in Fukushima truly embodies the spirit of the Japanese countryside.

Surrounded by mountains and valleys, the agricultural Aizu area is also known for its feudal past — with Aizu-Wakamatsu City being the site of one of Japan’s fiercest civil wars. Now, the region is home to some of Japan’s best sake breweries, one of the top three ramens in the country, and the historic Aizu-Higashiyama Onsen town.

Journey to Aizu to get a taste of true heritage and tradition, away from the likes of Tokyo and Kyoto.

Travel up north to visit the iconic Ouchi-Juku village. A former post town, Ouchi-juku acted as a rest stop for travelers in the Edo period who were on their way to Tokyo. The identifying factor of a post town is the kanji 宿 ‘juku’ — the most famous example being Shinjuku. Ouchi-juku is famed for its rustic traditional ‘gassho-style’ thatched-roof houses, similar to the ones in the UNESCO World Heritage Site Shirakawa-go in Gifu. The most famous view of Ouchi-juku is undoubtedly from above, where one can admire the snow-covered roofs during wintertime. Of course, the snow cover isn’t guaranteed, but the village is full of charms regardless of the season. The best viewpoint is a quick but slightly steep 10-minute walk up a paved stairway.

A lesser-known fact is that Ouchi-juku is famous for Negi Soba, a local soba dish that’s eaten with a huge stick of Negi instead of chopsticks (green onion). Originally a tradition from Nagano, Negi Soba has since become a local cuisine of Fukushima. The freshly made Shinshu soba noodles are paired with either hot or cold broth and served alongside a fresh stick of Negi which is used to scoop up the noodles.

One of Tohoku’s most scenic areas, the Tadami River Bridge viewpoint is spectacular in every season. With three viewpoints located along a paved hiking trail, visitors can admire the sight of a classic old-timey train passing through a lush forest, atop a magnificent arched stone bridge. To perfectly capture the shot of the passing train, be sure to check the train schedule in advance.

The local train only passes by the area 12 times a day, with 9 trains that can be seen during daylight hours. Locals recommend going there during the ‘golden hour’, which is 9 am — when three trains pass by in an hour as opposed to the regular one train every two hours. While waiting, pick up one of these Yakitori sets, packaged in a box specially designed to look like the exact train that passes the bridge. You can purchase these at the Mishima Tour Office located at the entrance to the bridge viewpoint trail.

After a long day of traveling and sightseeing, take a well-deserved break and pamper yourself at one of the ryokans at Aizu Higashiyama Onsen town. One of the top three onsen towns in all of Tohoku, the rustic village is home to 16 different inns and ryokans. On this trip, we stayed at Harataki — a riverside onsen ryokan with stunning outdoor and private hot springs.

Overnight guests at the ryokan can also enjoy exquisite Japanese meals, prepared with fresh local ingredients and arranged to perfection. Harataki’s four private onsen baths come with an undisturbed view of the flowing stream, as well as a spacious vanity room and changing area. At a reasonable cost of 2,000 yen for 50 minutes, the private Takimi no Yu bath was definitely the highlight of my trip.

The second day was a full-on gastronomic tour. After a delicious Japanese breakfast at Hataraki Ryokan, we head off to Kitakata city. Near Aizu Wakamatsu is Kitakata, a town known for its local ramen and sake.

The first stop was Yamato River Sake Brewery, a brewery-turned museum that originally opened 230 years ago. The sake produced in Aizu is done so using local spring water that’s chock-full of natural minerals, giving the alcohol a clear and refreshing flavor. Apart from sake tastings, you can also try the spring water for free, which has a surprisingly distinct taste compared to regular water.

A little known fact is that all sake breweries in Japan have a Sugi Ball hanging from above. Sugi Balls are made out of Japanese cedar and are representative icons of Japanese sake breweries. When the ball turns from green to brown, it means that spring has arrived and the sake is ready.

One of the top three ramen types in Japan, Kitakata ramen is the flagship dish of the town. It was introduced to the region approximately 100 years ago when a young teen from China brought his noodle stand to the city. Now, Kitakata ramen is famous for its light yet flavorful taste, achieved with the use of locally-made soy sauce as a base. Despite having over 1000 Kitakata ramen shops in the city, each shop has its own distinct flavor due to the different combinations of soy sauce used.

Continuing our food tour of the region, we were fortunate enough to attend a Kitakata ramen making workshop. The workshop was taught by an experienced chef who ran his own ramen stall for over 30 years. With the help of an English interpreter, we were able to try preparing the broth, the chashu pork and even cooking the noodles — making the end product taste even better. The chef, affectionately referred to as ‘Master’, also shared heartwarming anecdotes about how some regular customers travel all the way to Fukushima every year just to enjoy his ramen.

Next, we visited Yamanaka Senbei — a store specialising in rice crackers cooked over a charcoal fire. The store has maintained its 100-year long tradition of using a brick oven and charcoal to make fresh senbei. The friendly granny working at the store hands us all gloves and proceeds to instruct us on how to make a perfect rice cracker. After flipping it every two seconds, watch in amazement as the flat rice cracker expands and puffs. But don’t wait too long as it burns just as easily.

Aizu had always been known for their samurai army and impressive martial skill, many of whom fought and died while loyally serving their city’s lord. The Battle of Aizu during the Boshin War formed a huge part of the region’s heritage when Aizu and Choshu (now Yamaguchi) fought fierce battles at the castle grounds. Now, the five-storied castle building serves as a museum, educating visitors about the rich history of Aizu Wakamatsu Castle and giving us glimpses into the many stories of the soldiers during the civil war. For the non-history buffs, the castle’s top floor is also a great viewpoint that overlooks the city. On a clear day, the view of the old-fashioned town buildings surrounded by mountains is a sight to behold.

And that concludes our trip to the countryside of Fukushima. The Fukushima region historically sees heavy snowfall even up till April or May, however, climate change and changing weather patterns make snow cover more unpredictable in recent years. Despite this, there was a silver lining — missing out on the snow allowed me to discover more about the local culture. My two-day experience in Aizu and Kitakata was like no other, made extra special by the interactions I got to have with the locals, such as the Ramen ‘Master’ and the friendly obaa-chan.

Fukushima is only less than two hours away from Tokyo via bullet train. An easy weekend escape, visit the Tohoku countryside for an authentic historical and gastronomic tour. 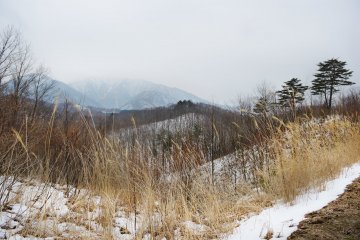 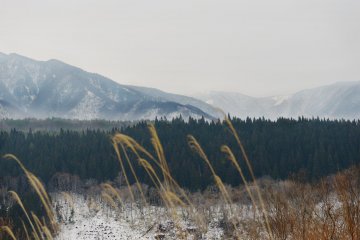 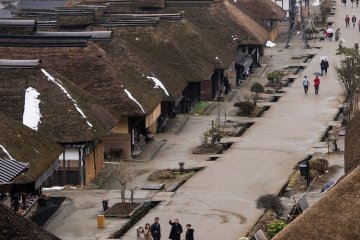 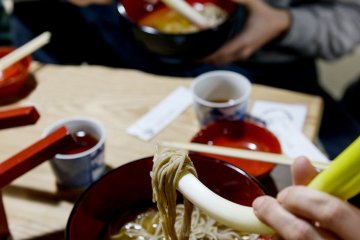 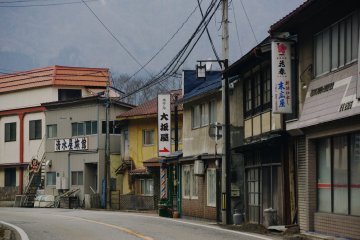 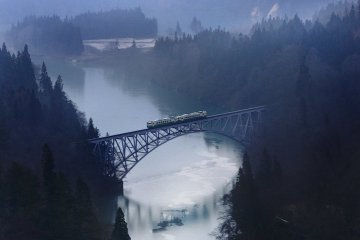 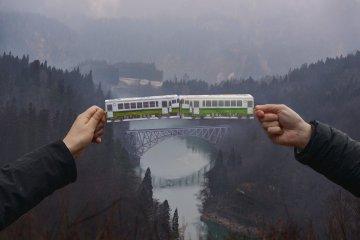 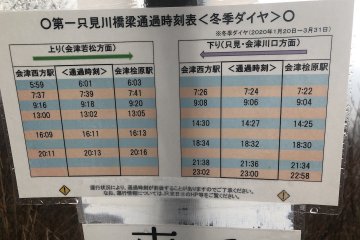 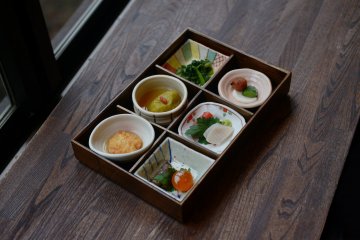 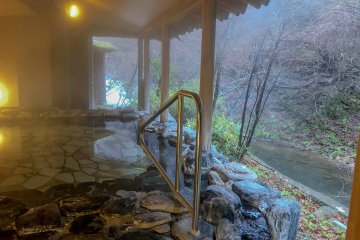 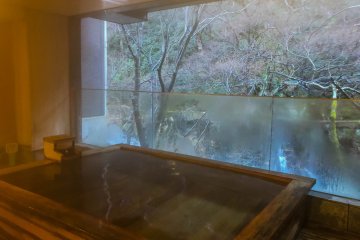 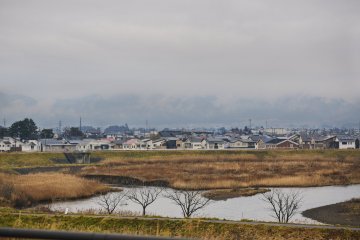 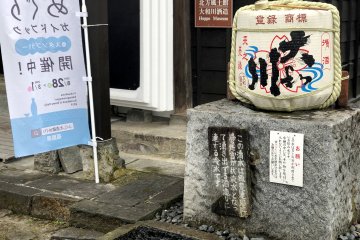 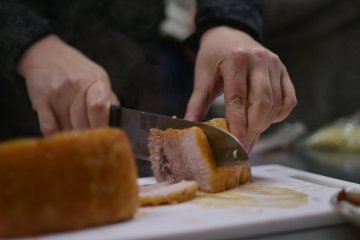 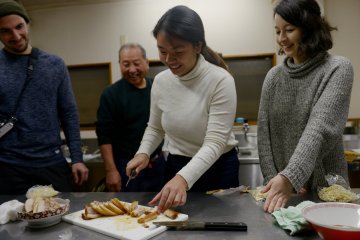 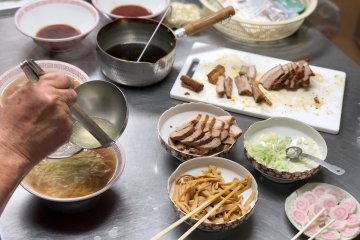 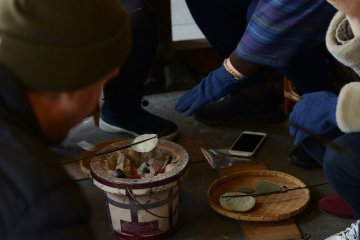 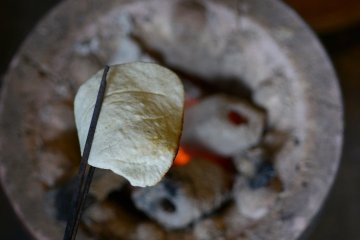 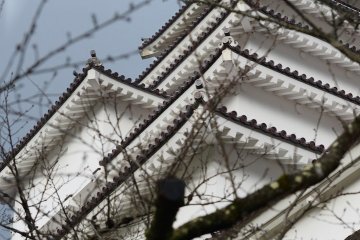 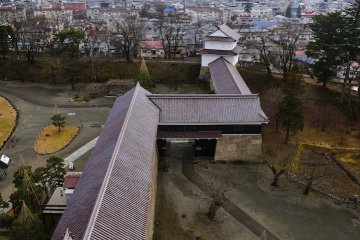