Aizu Sazaedo (会津さざえ堂) is a 16.5 meter high, three-storied, hexagonal Buddhist pagoda located in Aizu-wakamatsu. Built in 1796 it is one of the oldest wooden structures of its kind and a designated Important Cultural Property, yet it is perhaps most notable for its unique double helix-shaped stairway.

Visitors can pay just ¥400 to gain access to Sazaedo and ascend this unique structure. Entering inside and turning to the right-hand side, you'll follow a singular, spiral path that takes you right up to the top and back down again without ever encountering anybody going in the opposite direction.

The temple's official name is Entsu Sansodo (円通三匝堂), literally to make 'three full turns', which refers to the spiral journey up and down, paying respects to Kannon in the process. You'll pass by replicas of the 33 Kannon statues along the route, which is said to bring good fortune to those who make the ascent.

It's located halfway up Mount Iimori (Iimoriyama), nearby where the Byakkotai (a historical group of young samurai) lay to rest.

Looking not far off something from a Studio Ghibli movie, consider also the fact that the entire structure is made entirely out of just wood, employing traditional Japanese woodworking/joinery techniques. 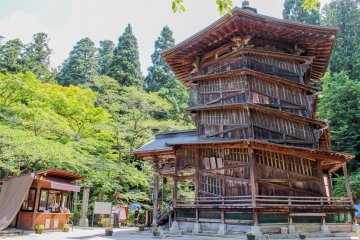 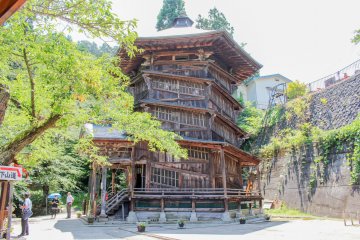 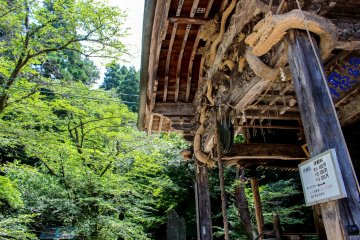 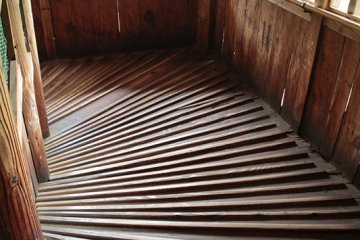 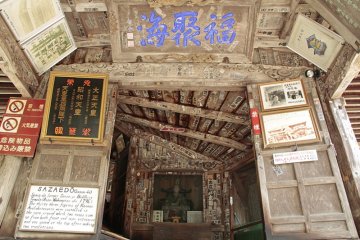 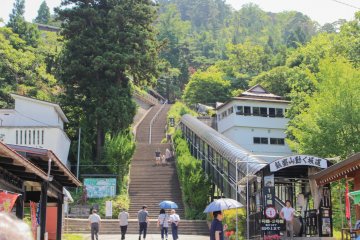 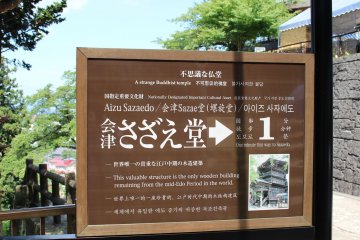 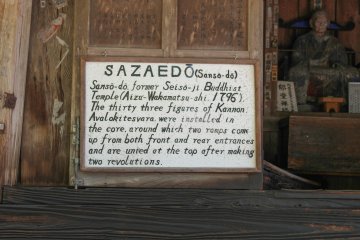 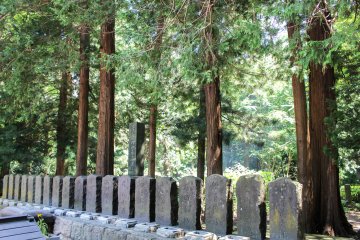 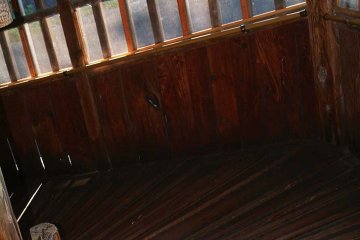 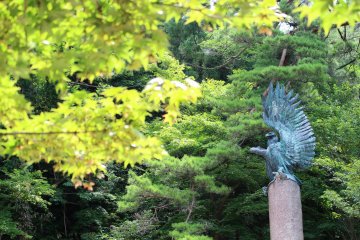 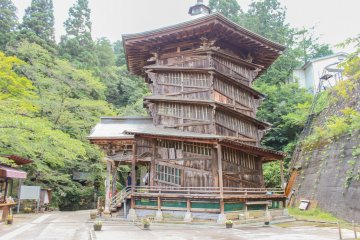 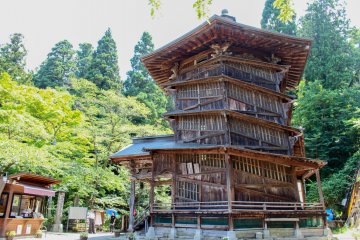