Earth Camp is back again with an all new adventure in the Tohoku region. Originally starting off and still continuing their popular Minamisanriku camp in Miyagi which includes fishing with locals, this time we're going to Iwaki, Fukushima for Farm Camp! The company continues its mission to connect people from different backgrounds with each other through the joys of nature and the outdoors. Camp creators Sosha and Shinobu are experts at finding creative experiences around the lesser explored northeastern parts of Japan, and for a very reasonable price you can participate with full Japanese and native English guidance and interpreting from start to finish. Various camps are offered year round, so check their website for details. Now that we have our intro out of the way, let's get farming!

After assembling at Iwaki Station in Fukushima, a short drive took us to Shiraishi Farm. There we met the owner of the farm Nagatoshi "Naga" Shiraishi, a young and energetic thirty-something man that is a vital link in changing the face of farming in the whole city of Iwaki. In additon to uniting members of the community and promoting local agriculture, he is encouraging other farmers to sell and work directly with other businesses to bring their crops to new markets. Naga practices what he preaches as his vegetables are the main ingredients at Vege Cafe. After we set up our tents where will be sleeping--right in the middle of the farm fields and under the stars-- Naga began showing us around his farm. He asked us what we thought all the bushy leaves on the ground were. Some even looked like they were decaying, but he said that is a good sign because it means the crop does not need any more nutrients. In other words: it's harvest time. He violently grabbed two fistfuls of leaves and ripped them out of the ground. Nothing. We would have to dig for our treasure. We found potatoes where the leaves and roots once were. Later we observed a rice field up close. These days many rice farmers use pesticides, but not Shiraishi Farm. And for this reason you can see frogs, insects, and the occasional bird splashing around the flooded grasses. We then went inside a green house and helped straighten tomato plants by untying and repositioning them. Inside was very hot, making the delicate process quite challenging. We barely helped twenty minutes, but the farmers are in there for hours. Respect.

Later that day a representative from Iwaki City's Miseruka came the camp to talk to us about food safety. Particularly, this transparency division was set up to put the locals and those outside Fukushima at ease over whether produce from Iwaki is safe to eat. The city is not far from the nuclear power plant that melted down when hit by the 2011 tsunami and spread radiation over a wide area (and continues to do so). Although the Fukushima government is monitoring food sources and ground and air radiation levels, it is not enough explained the representative. People can't always trust the government, so the city performs its own monitoring at hundreds of locations throughout the city and updates the results often on their website. When farmers fields were first cleared of contaminated soil, many decided to start anew and more and more are going organic, just like Shiraishi Farm.

A major attraction of Farm Camp is visiting Tomato Land Iwaki. This high tech green house is the complete opposite of the one on Shiraishi Farm. Based on Dutch design, this green house was not hot, has no dirt, plays folk songs over loud speakers, and a trip includes loads of tomato sampling straight from the vine.

Even with all the fun places, the most memorable part was doing it all with new friends and connecting with locals. At the end of day one we cooked the vegetables we picked as part of a BBQ and talked late into the night around the campfire. Isn't it time you experienced the outdoors again? Earth Camp is the answer. 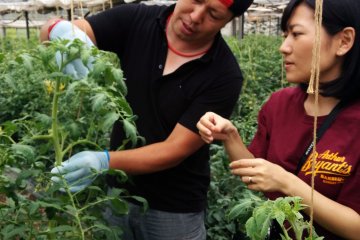 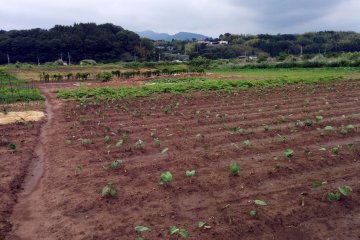 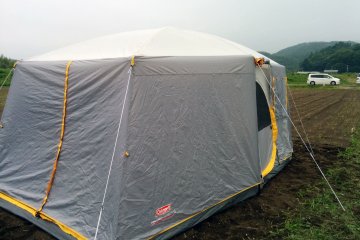 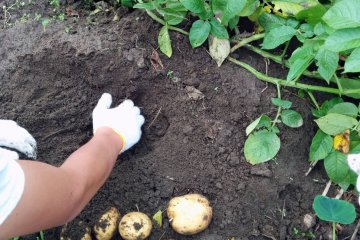 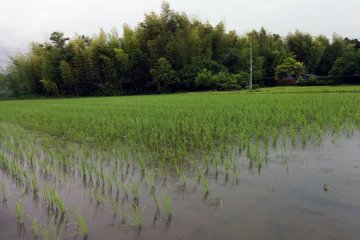 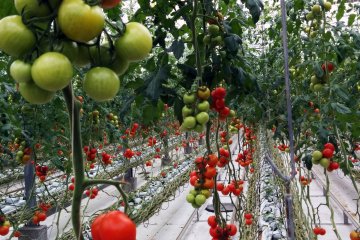 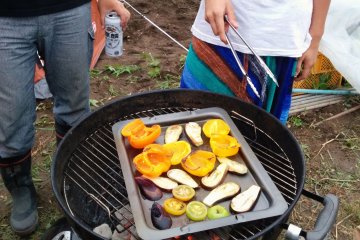 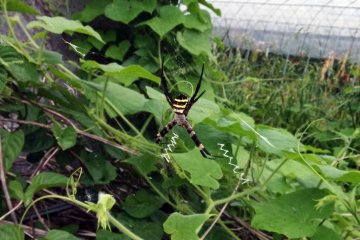 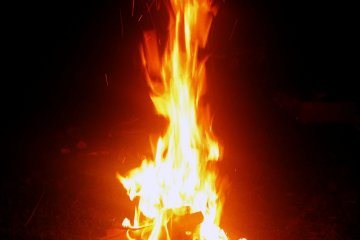